Arsenal fans amassed outside the Emirates Stadium ahead of their match against Everton last night.

After it had been revealed that Arsenal were one of the founding clubs of the proposed Super League, fans of all clubs united in a vocal stance both virtually and in person which eventually saw many clubs apologise including the Gunners.

Despite Arsenal pulling out of the league earlier in the week, it did not stop an anti-KSE, Stan Kroenke’s company who own the club (Kroenke Sports Entertainment), demonstration with thousands of supporters chanting and holding banners.

Arsenal fans are out in their masses to protest against billionaire owner Stan Kroenke, due to the proposed European Super League. pic.twitter.com/aKz4nPIBdv

However, he did confirm that there is ‘no intention’ to sell the club.

Mikel Arteta spoke ahead of the game against Everton in which the chants from outside could be heard inside the stadium.

The Spaniard risked upsetting many supporters by saying, ‘it doesn’t help’ regarding having fans outside the ground protesting.

“We hear them, we know what they think, but our responsibility, our role, our commitment, should be on trying to play the best possible way to try and win the match,” he said.

“It doesn’t help when you have your own fans trying to stand out on a match day and singing loud and clear that they’re not happy with something.

“But our job again is to win the football match and when that happens, everything is better. That’s our way to contribute in the best possible and positive way.”

💬 “I think we didn’t deserve to lose the match. There are some things that we can do better and unfortunately there are others that we can’t and they really affect the game.”

📺 Watch the full interview with Mikel Arteta after #ARSEVE 👇

Arteta still has many supporters within the fan base but another poor result has increased the pressure. However, his words on the protest after the match revealed that he felt the demonstration had no bearing on the result.

“No,” he said when asked if the loss was down to the occurrences of the week. “We knew that that was happening, we knew that our fans wanted to express their feelings and we made preparations with that in mind and it is not an excuse.”

The emphasis on Arsenal’s match with Villarreal has taken huge precedence with qualification for Europe through the league very unlikely.

Kroenke to face the supporters at Arsenal Fan Forum

The squad get set for Everton! | Behind the scenes at Arsenal Training Centre 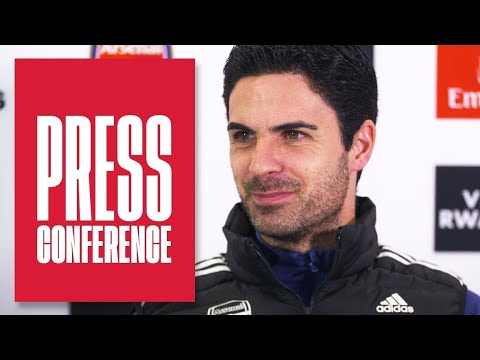 Mikel Arteta on the Super League, his reaction and preparing for Everton | Press conference

Here4dBesthttp://here4dbest.com
Previous articleRoger Federer tops Novak Djokovic in their first meeting
Next articleBaseball averages are way down this year as pitchers dominate