Fred made landfall at around 2.15pm local time today in the Cape San Blas area of the Florida Panhandle. He was estimated to have winds of 65mph, central pressure which makes him a mid-to-strong TS (TS range: 39-73mph) so he did intensify a bit as he approached land. 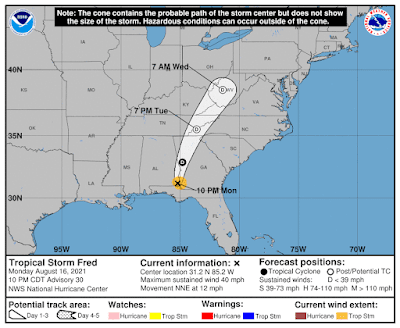 He was mostly a rain event and most of that remained on the eastern side of the storm – over Florida, Georgia, and eastern Alabama:

There was some flooding, which is to be expected with the amount of rain he brought along. He’ll continue to make a bit of a soppy mess so still watch out for that, but he is rapidly diminishing and is already barely a Tropical Storm with winds of 40mph, central pressure 999mb. He’ll be a Tropical Depression soon and so, I’ll say farewell to Fred… 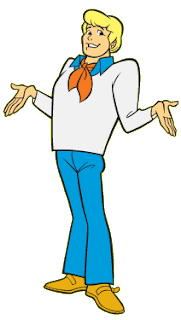 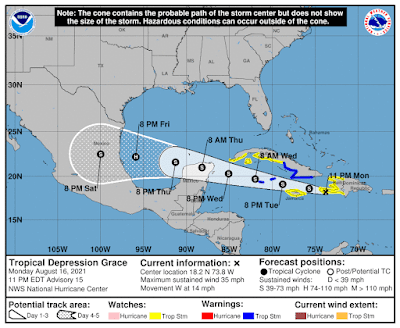 I don’t have as good access to the pressure maps I used to use to look at track (and the NHC do a pretty good job at 1-2 days out), but I do think that Grace will stay on the southern side within that Cone of Uncertainty and I wouldn’t be surprised if that track continues to move a bit more southward.

She is just clearing Haiti now (thankfully!) but she did, unfortunately, bring a lot of rain and some very thundery weather to the island of Hispaniola. Even though she’s a relatively weak storm, there are likely to be floods in Haiti and possible land slides from the mountainous terrain.

She is officially a Tropical Depression with winds of 35mph (central pressure 1006mb). There is not much wind shear and her circulation looks good so I would say that she is a Tropical Storm, but they are sending a plane in soon and think she will become one soon (once they have confirmation) if she isn’t already.

Although they forecast her to remain a TS until Friday, I think that is an underestimate and she will be a Hurricane before she makes landfall on the Yucatan Peninsula for a few reasons: (1) she has some very warm and deep warm water to cross; (2) there is very little land in her way once she gets past Jamaica; (3) the air is humid; and, (4) although there may be some wind shear, it currently does not look like there will be much of it.

Be safe in Jamaica and get ready Cayman Islands!

Meanwhile to the north, around another island, Tropical Depression Eight has developed into Tropical Depression Henri. He is a little confused, still trying to find Bermuda. But I see that The Bermuda Force Fields are still holding up! Currently he is at 30.7N. 63.3W, heading SW at a rather sedate 5mph. The track still has him running rings around Bermuda, although it’s a little more elongated compared to yesterday: 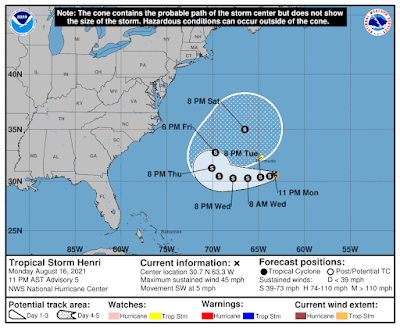 He’s a weak Tropical Storm with winds of 45mph, central pressure of 1008mb (TS range: 39-73mph). To give you an image of the comparative sizes of Fred, Grace, and Henri, here’s the family home movie with all three:

Henri is definitely the baby of these sibling storms, and Grace is the fiercest in terms of her convection.

That’s all for today, but I’ll be back tomorrow!
Toodles,

Here4dBesthttp://here4dbest.com
Previous articleSwatch Group Veteran, Lionel a Marca To Take CEO Position of Breguet
Next articleChallenging UN, Study Finds Sun—not CO2—May Be Behind Global Warming – Watts Up With That?