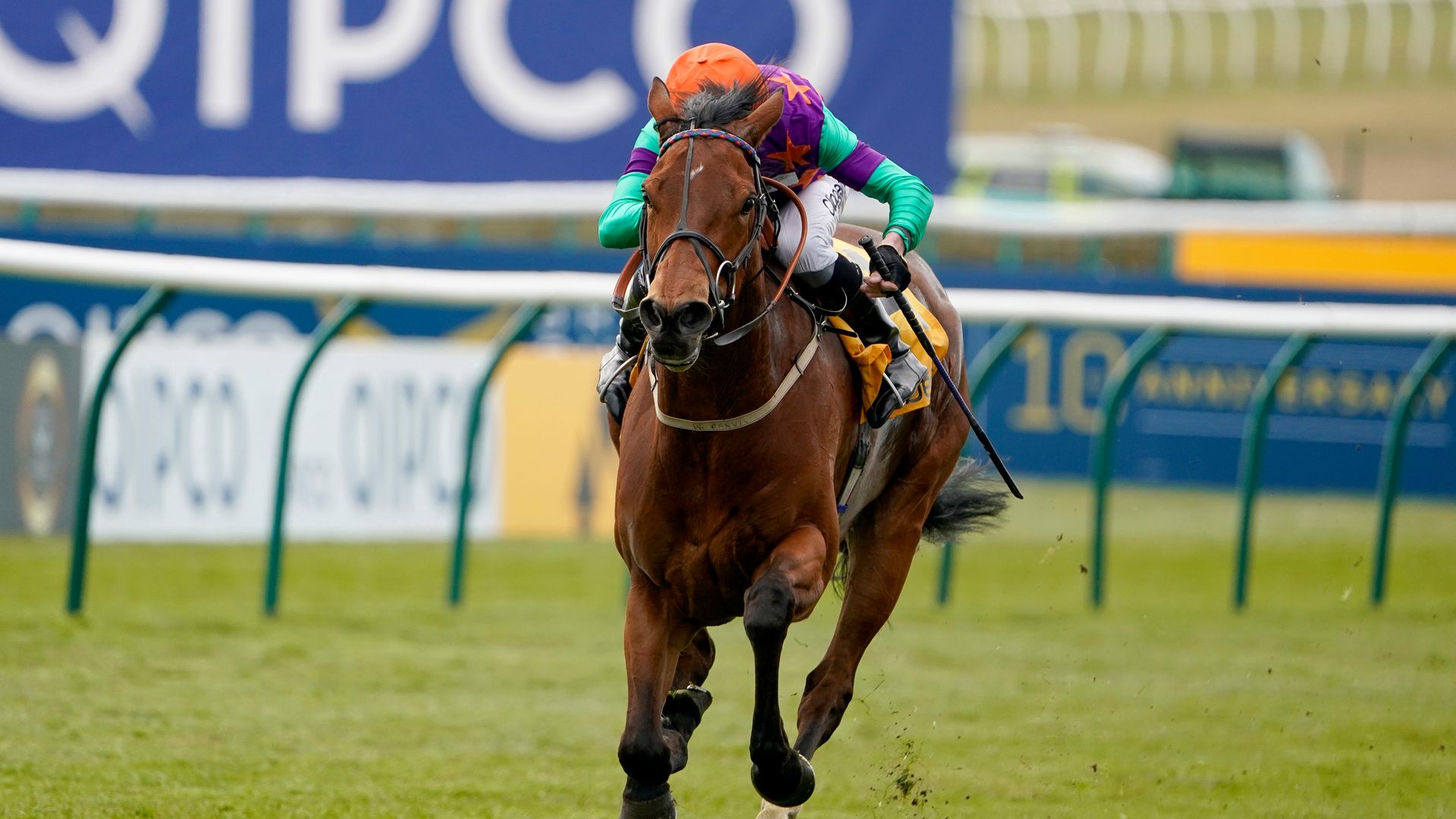 Lady Bowthorpe showed a bright turn of foot in the closing stages to win the Group Two Betfair Dahlia Stakes at Newmarket.

Ridden towards the back of the seven-runner field by Kieran Shoemark, the daughter of Nathaniel burst to the front in the final furlong to beat 2/1 market leader Queen Power and close third Lavender’s Blue.

It was a first run of the season for Lady Bowthorpe, who won twice last term, including first time out at Lingfield in a handicap from a mark of 81.

She went on to claim Group Three glory at Ascot in the summer before finding life tough in top-class company against Nazeef on her final run of 2020.

But a slight ease in grade sparked a return to the winner’s circle for the five-year-old mare, who claimed top spot by a head at odds of 6/1.

Betfair reacted by trimming the winner to 25/1 from 66/1 for the Lockinge Stakes. Sky Bet go the same price from 40/1 for the Newbury Group One.

“I feel she could progress throughout the year. I’m delighted, it’s always nice to be competing on the big stage.”

Here4dBesthttp://here4dbest.com
Previous articleMan United hold ‘concrete talks’ with Villarreal over Pau Torres
Next articleWhen should I take all of my supplements and probiotics?

Cristiano Ronaldo was setting new marks left and right in his Euro 2021 opener and he has his sights set on another major milestone. The...

2. Tyler O’Neill, OF, CardinalsPhoto: Getty ImagesPerhaps Tyler O’Neill just hasn’t played in enough games to qualify for statistical leaderboards, but if he...

“Hyperloop is all hype” says commenter