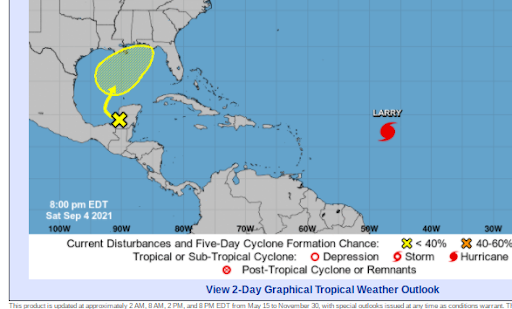 So this is interesting.

The area that didn’t form in the Carib… 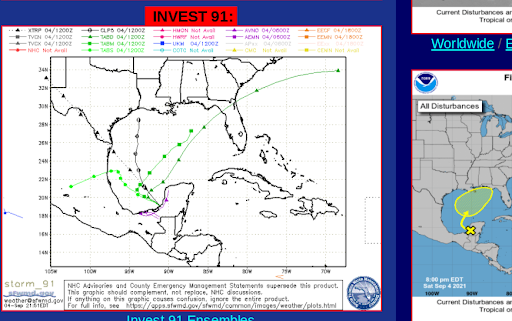 Looking at models there are lots of options.

Currently something to watch…

…down the tropical road. 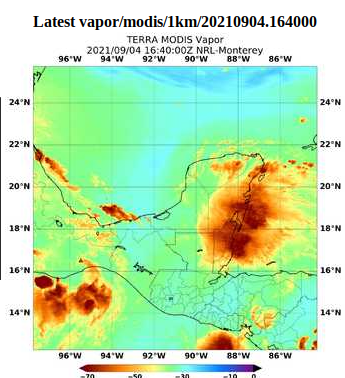 I’ll say what I’ve said before over and over …. until something forms and there is a center for the models to latch onto models are less reliable than we’d like them to be. It could just as easily be an issue for the East GOM if a front catches it and drags it across Florida. Let’s not obsess on Louisiana right now. It is just an Invest being investigated by the NHC by whoever gets stuck on the Labor Day Weekend Night Shift! 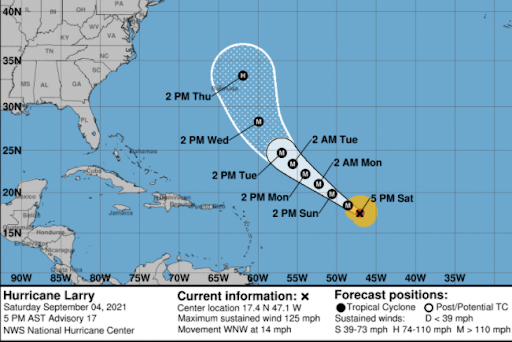 Larry seems to be following the plan.

He is forecast to keep intensifying….

Note if he takes the West side of the Cone he could make landfall in Bermuda, though currently that’s days away and much could change. He’s an intense, large hurricane swirling out in the Atlantic a visual feast for satellite loopers and a relief for people along the East Coast still cleaning up from Ida’s aftermath.

The death toll from Ida has risen to 49 people, mostly on the East Coast as she made her dramatic exit with a huge temper tantrum. A really horrible storm from start to finish, dousing Jamaican, crossing Cuba and slamming into Louisiana and Mississippi (also impacting Alabama and Florida with tornadoes and severe weather) then the disaster movie special effect show in the Mid Alantic and New England leaving everyone at a loss for words with the Flash Flooding and horrific death toll.

We can use a day to rest this Labor Day Weekend before worrying on the next storm that might make landfall.

We do need to watch the Gulf of Mexico but we can talk on that later tomorrow.

Here4dBesthttp://here4dbest.com
Previous articleWhy Sunday at the Tour Championship is about way more than just a lot of money
Next articleDemocrats Alarmed CEOs Not Rushing to Support Climate Bill Trillion Dollar Corporate Tax Rises – Watts Up With That?

The Coastal Storm aka Blizzard 2022AKA SNOMG!It's coming together.On all levels.Again note how this one area covers so many states from New Jersey...