Max Verstappen pulled off a surprise pole position at Paul Ricard on a track where Mercedes has been dominant in the past.

The Dutchman’s form was helped by Red Bull electing to run its low downforce rear wing configuration, which helped boost its speed on the straights.

But while Mercedes acknowledged that Verstappen was gaining an advantage thanks to his extra top speed, it does not think it would have been faster even with less downforce and drag.

Mercedes boss Toto Wolff told Sky Sports F1 about Red Bull’s low downforce choice: “We believe, that as far as simulation [tells us], it was the slower version.

“You can see they were fast in the straight line. If we are bolting on the low downforce wing, we will be losing in the corners much more.”

Red Bull team principal Christian Horner reckoned the rear wing disparity between his team and Mercedes explained the differences in pace over the lap.

“We’ve taken a bit of downforce out of the car, you can probably see by the size of the rear wing between us and the Mercedes,” he told Sky Sports F1.

“We’re using less energy in Sector 2, so we’re going faster down the straight because we’ve got less resistance there.

“We’re still managing to do a very good time in Sector 3, so that’s helping us to generate a competitive lap time around here. Hopefully we’ll be good for the race tomorrow.” 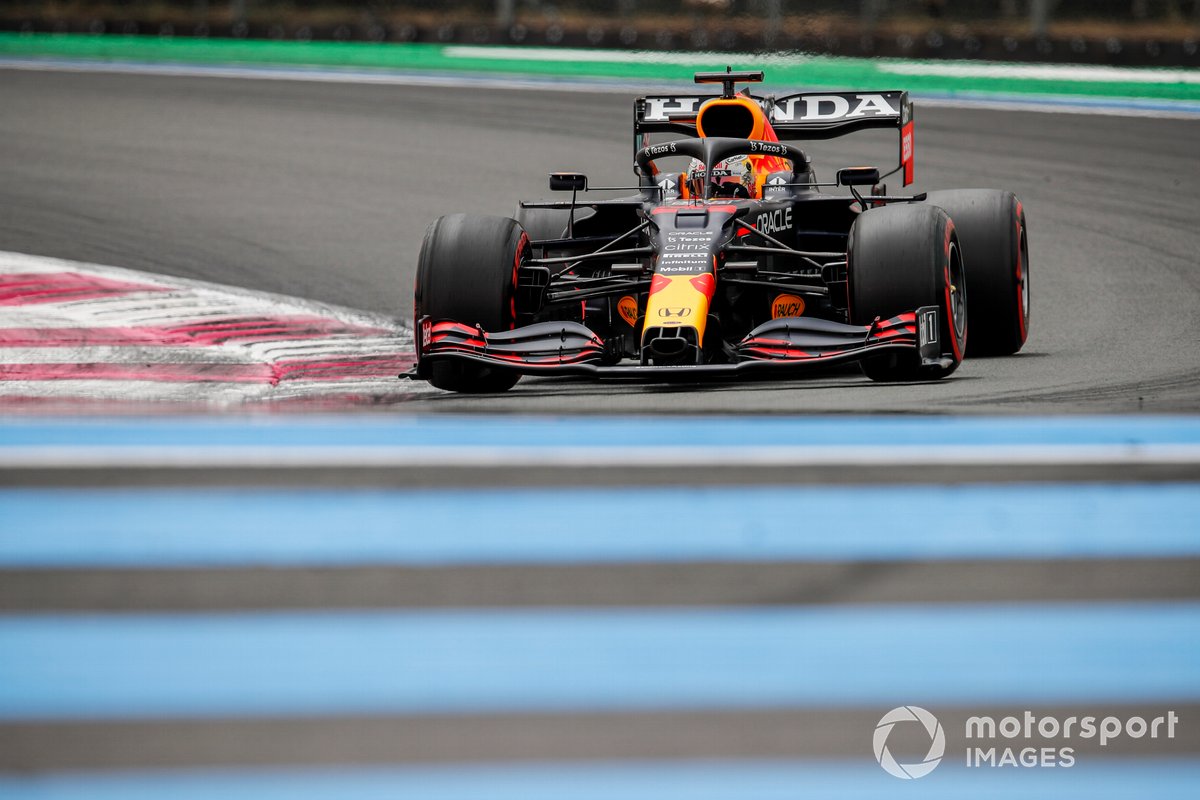 Wolff said that the ultimate problem for Mercedes was that it has been lacking pace compared to Red Bull – irrespective of downforce levels.

“[It’s a] difficult weekend because we are just lacking pace,” he said. “That’s the truth. It looked much worse than at the end [where] we ended up, but we just need to gain everywhere. There’s not one part that we are not looking at, in order to improve our game.”

As well as a smaller rear wing helping Red Bull down the straights, the team is also running fresh Honda engines for this weekend’s French GP.