Low speed performance “not a given” after Monaco pole

Low speed performance “not a given” after Monaco pole


Ferrari came into the Monaco weekend as a dark horse for the podium after impressing in Barcelona’s slow third sector, which is often a good indication of Monaco pace.

But the Scuderia performed beyond its wildest expectations by setting the pace around the streets of the principality. Charles Leclerc took pole, while his late Q3 crash prevented teammate Carlos Sainz from getting near Leclerc’s benchmark, settling for fourth on the grid.

While Leclerc failed to make the race with a driveshaft issue, an undetected leftover from his qualifying crash, Sainz took second behind Red Bull’s Max Verstappen, scoring Ferrari’s first podium of 2021 and its best result since Leclerc’s second place in 2020’s season opener in Austria.

Ferrari’s prowess in low-speed corners could potentially give it several more opportunities to get onto the podium in 2021, notably in Hungary and Singapore. 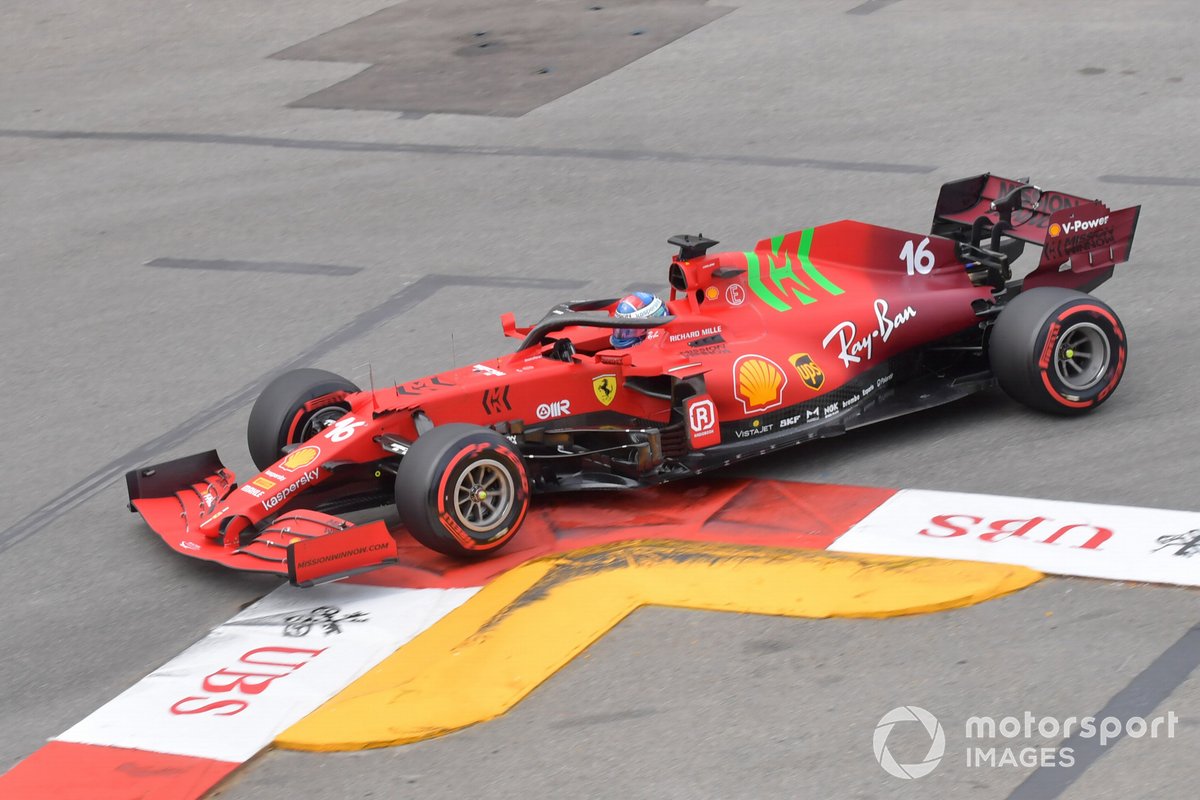 But team boss Binotto said a repeat of Monaco is “not a given”, preferring to focus on extracting more performance from the SF1000 on all types of circuits, starting with next week’s Azerbaijan Grand Prix.

“I think yes, there will be circuits with low-speed corners where we may be again competitive but it’s not a given,” Binotto said.

“Instead of thinking which circuit again will be competitive, I think we’re already focused on Baku, which is the next one and then we will be focused on the following, because there is still some room of exploiting better the car.

“I think that we showed we are well preparing the race weekend, we can at least exploit the best potential of the car itself. There will be some developments coming, not much, but they are still coming and it’s important that they are working properly.”

Sainz downplayed Ferrari’s potential to snatch more podiums away from Mercedes and Red Bull, pointing out Monaco’s unique character won’t be replicated at other circuits.

When asked when he will be able to challenge for podiums again, Sainz replied: “I think it’s a fairly straightforward answer: just look at the characteristics of the Monaco circuit and then try to see which one is the most close to this, you will not find many and you will not find that even those circuits that I’m sure you’re thinking of are the same.

“It doesn’t mean that we are going to be fighting for pole or fighting for a podium, [with] Mercedes and Red Bull. I believe they still have an advantage on us and it will be very tricky to find ourselves fighting against for a pole position and for a win.

“That’s why this weekend, it’s also a bit of a tough one to swallow because you don’t know when the next chance will come, but we need to take pride of the step forward that we have made and how competitive the car has been this weekend.

“It is not easy to be quick around Monaco and the fact that Charles and me were so quick is thanks also the good performance of the team and how everything has been working this weekend.”

Let’s talk about how the French F1 GP strategy evolved during the race with Iñaki Rueda. What went wrong in last race for...

As the middle leg of an F1 triple-header, the Styrian GP returns to the F1 calendar for a second consecutive year as...