Making Money Betting the Favorite in the Preakness Stakes

Making Money Betting the Favorite in the Preakness Stakes 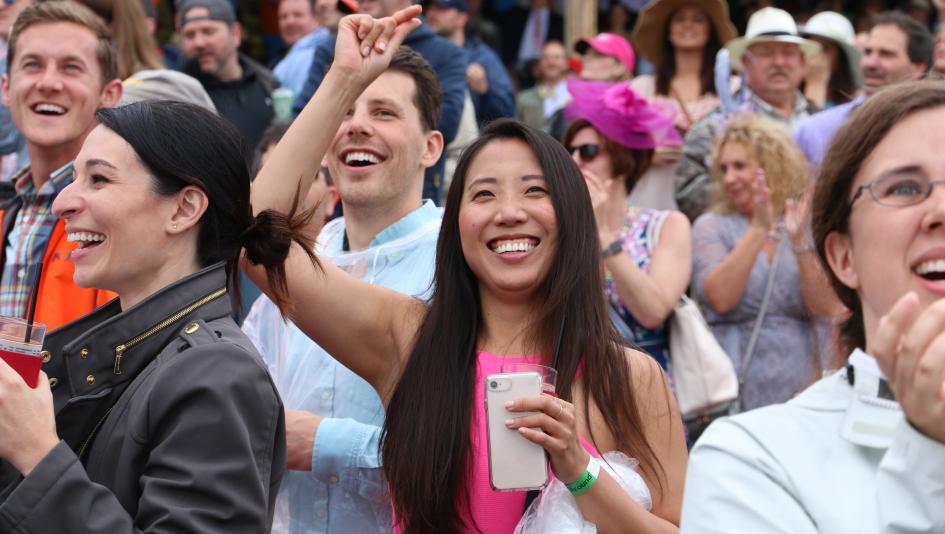 What’s the best way to make money betting Saturday’s $1 million, Grade 1 Preakness Stakes at Pimlico? The answer depends on who you ask, but if you’re using history as a guide, then betting 9-5 favorite #3 Medina Spirit is surely the way to go.

Ten horses have been entered in the 1 3/16-mile Preakness, which serves as the second leg of the coveted Triple Crown. Held just two weeks after the Grade 1 Kentucky Derby Presented by Woodford Reserve, the Preakness precedes the 1 1/2-mile Grade 1 Belmont Stakes Presented by NYRA Bets to serve as the middle leg of the three-race series.

Although winning two legs of the Triple Crown might seem like a difficult task, the Kentucky Derby/Preakness double has actually been completed with impressive frequency over the last 2 1/2 decades or so. Since 1997, 23 Kentucky Derby winners have participated in the Preakness, with 11 taking home top honors at Pimlico.

Notably, five of these Kentucky Derby/Preakness winners were trained by Bob Baffert, who conditions 2021 Kentucky Derby hero Medina Spirit. Sold for just $35,000 as a 2-year-old, Medina Spirit has made impressive progress this year. A gutsy front-running winner of the Grade 3 Robert B. Lewis Stakes during the winter at Santa Anita Park, Medina Spirit displayed impressive tenacity again in the Kentucky Derby, leading from the start and fending off multiple challenges down the homestretch to win by half a length. Note: His Kentucky Derby win is currently in question due to a post-race drug positive, and regulators are awaiting the result of a split-sample test of Medina Spirit’s blood that could take several weeks to arrive.

Medina Spirit’s margin of victory was the smallest for a Kentucky Derby since 2005, but this doesn’t mean his effort was unimpressive. To the contrary, the son of Protonico ran a very fast race. The pace fractions he set (:23.09, :46.70, and 1:11.21) were solid, and he finished fast around the far turn and down the homestretch, running the final two quarter-mile splits in :24.77 and :25.04. His final time of 2:01.02 ranks as the eighth-fastest Kentucky Derby in history.

Since Bob Baffert has completed the Kentucky Derby/Preakness double five times, there’s no reason to think Medina Spirit won’t run another big race at Pimlico. The post position draw only helped his chances – Medina Spirit landed in post three with a pair of deep closers to his inside, so he shouldn’t have any difficult securing the early lead under Hall of Fame jockey John Velazquez.

This is important since Medina Spirit has never lost when setting the pace or dueling for the lead, but has never won when rating off the lead. Since we’ve seen four gate-to-wire Preakness champions over the last dozen years (along with a bevy of pace-tracking winners), it’s safe to say Medina Spirit has the right running style to succeed in the Triple Crown’s second leg.

Considering Kentucky Derby winners have prevailed at a 48% rate in recent editions of the Preakness, Medina Spirit’s 9-5 morning line odds are quite enticing. Assuming they hold up, bettors who want to keep their risk to a minimum should consider playing the dark bay colt to win.

But for bolder bettors with bigger budgets, playing Medina Spirit on top in exacta and trifecta wagers is a good way to go. The question is, which horses should we use underneath?

#10 Concert Tour is an obvious choice. The second Bob Baffert trainee has won three of his four starts, highlighted by an eye-catching 4 1/4-length triumph in the Grade 2 Rebel Stakes at Oaklawn Park. Concert Tour skipped the Kentucky Derby after finishing a surprising third in the Grade 1 Arkansas Derby, his first career defeat. But you can argue the son of Street Sense got burned up dueling for the lead through quick fractions, so don’t be surprised if he employs tracking tactics in the Preakness, triggering a rebound.

#5 Midnight Bourbon will also be a popular play. Winner of the Grade 3 Lecomte Stakes and runner-up in the Grade 2 Twinspires.com Louisiana Derby on the Road to the Kentucky Derby, Midnight Bourbon endured an unlucky trip in the Kentucky Derby itself. A slow start left the Steve Asmussen trainee racing in the middle of the pack early on, a far cry from his usual forwardly placed tactics. But despite racing wide around the turns, Midnight Bourbon battled on to finish sixth, and he’s eligible to bounce back in a big way if he breaks cleanly at Pimlico.

If you want to toss a longshot into the mix, I recommend betting #6 Rombauer, who is listed at 12-1 on the morning line. A stretch-running winner of the El Camino Real Derby, Rombauer ran a sneaky-good race when finishing third in the Grade 2 Toyota Blue Grass Stakes last time out. Showing more speed than usual, Rombauer tracked pacesetters Highly Motivated and Essential Quality (the latter a champion 2-year-old) through slow fractions before staying on resolutely to finish third. Rombauer actually finished quite fast down the homestretch, sprinting the final three-eighths of a mile in :36.84. If he takes a step forward in his third start of the season, Rombauer can finish in the trifecta at a big price.

Wagering Strategy on a $10 Budget

Wagering Strategy on a $30 Budget

Wagering Strategy on a $50 Budget

Good luck, and enjoy the race!