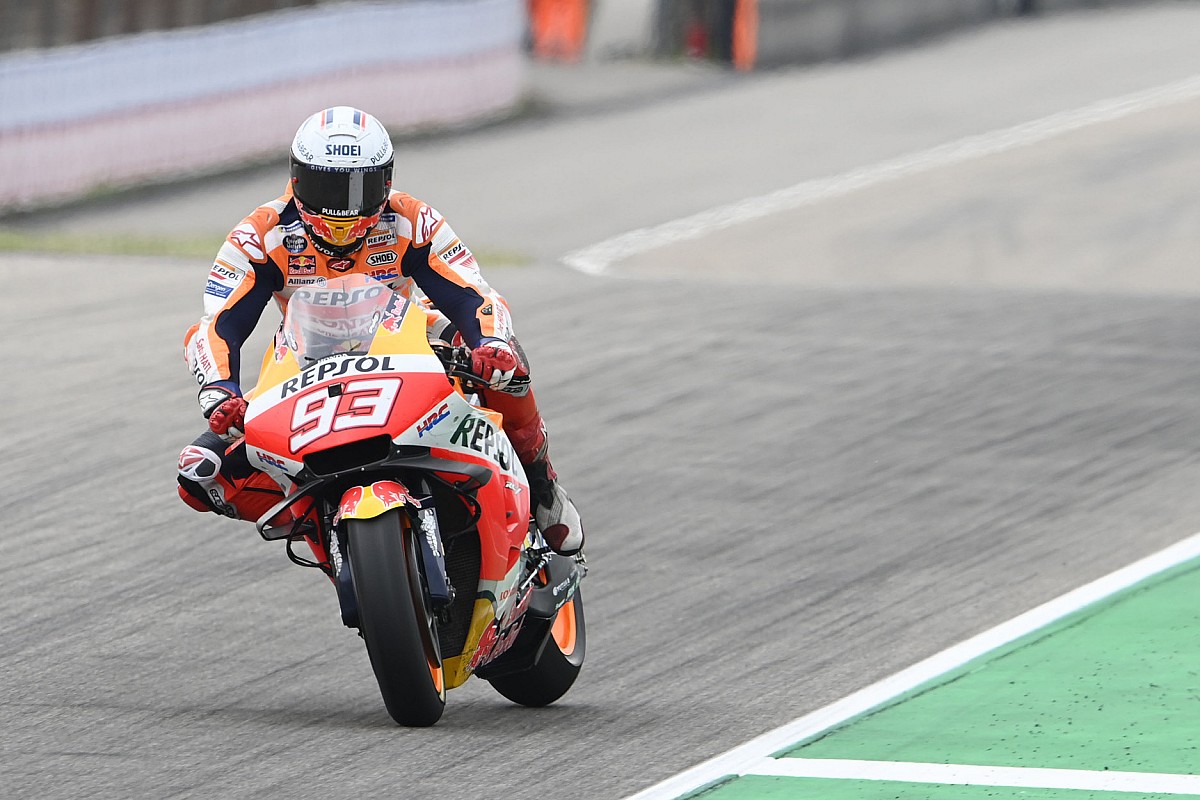 Marquez stormed to his and Honda’s first win since the 2019 Valencia GP in last Sunday’s Sachsenring race, while Espargaro ended up 14.7 seconds in arrears down in 10th.

Up until last Sunday, Honda has endured a tough 2021, with its difficult RC213V – which has been hampered by a lack of rear grip – unable to mount a podium charge except for at Jerez when LCR’s Takaaki Nakagami was a close fourth.

Espargaro says he has never had such a deficit to a teammate in his career and will now copy Marquez’s bike and settings going forward as “he showed me that this bike can win”.

“Honestly, I was following my line [with bike set-up] because I felt it was good but in today’s race… in the time attack I was not too bad, I was fast, even on the race pace,” Espargaro explained.

“But after today’s result, it’s not that Marc is winning because of the bike, but I’m saying that to understand that I need to do what he is doing, I need to use exactly the same bike.

“So, like that I’m going to understand exactly how he is doing and how I need to ride this bike on the 100% levels as he does. So, today was the first time I [finished] so much time [behind] my teammate.

“I think I never took 14 seconds to my teammate and it’s opened my eyes.

“So, I need to work harder, I need to copy what he is doing because he showed me that this bike can win and I was not able to.

“So, from now on I’m going to try to be closer to him than what I’ve been till now.”

Espargaro admits that his plan to copy Marquez’s bike going forward means “there is no excuses” for home if he can’t turn that into top results.

“I mean, from now on I think I’m just going to try to copy Marc’s settings, Marc’s chassis – because he’s using a different one to us – and I’m going to copy his line,” he added.

“Till that moment, we were not very far away in rhythm, in lap time, but this race it’s a step and for sure I’m very happy for all the team and all the guys who have been working so much, even for Marc.

“But the point is that for sure Marc showed the performance of the bike today and I need to be on that level.

“So, the only way I see is to copy his settings, his bike, his chassis as soon as possible and then go in his line.

“From that moment on there is no excuses, I need to do what he does or else I’m too slow for that bike. That’s it.”

Blend Your Own Bourbon at Breckenridge Distillery’s Founder’s Lab