Mazepin and Schumacher were involved in another incident that nearly led to a major collision between the two Haas cars in last weekend’s Dutch Grand Prix as they ran down the main straight on the second lap.

The Russian driver moved across his team-mate’s line when Schumacher looked to pass and they clashed when the chasing Haas’s front wing touched the leading car’s right-rear.

The incident followed their near collisions late in the race in Baku and during the early stages in France, as well as the pair being involved in sequence of events that led to Sebastian Vettel being impeded in Q1 at Zandvoort.

“We’re here as racing drivers and I think it’s incorrect when drivers put them[selves] above the stewards and driver advisors and say what they should have done – because that is not their position,” Mazepin said in the pre-event press conference for this weekend’s Italian GP at Monza.

“But, at the same time, I respect the rules a lot and what the rules say in the book is that unless a significant portion of the car behind is side-by-side to you, you are not entitled to leave a car width and you are entitled to make a move from the left to the right because you’re still in front and you can make your position safely.

“That’s been the case for many years and I respect so and I’m going to keep doing so.” 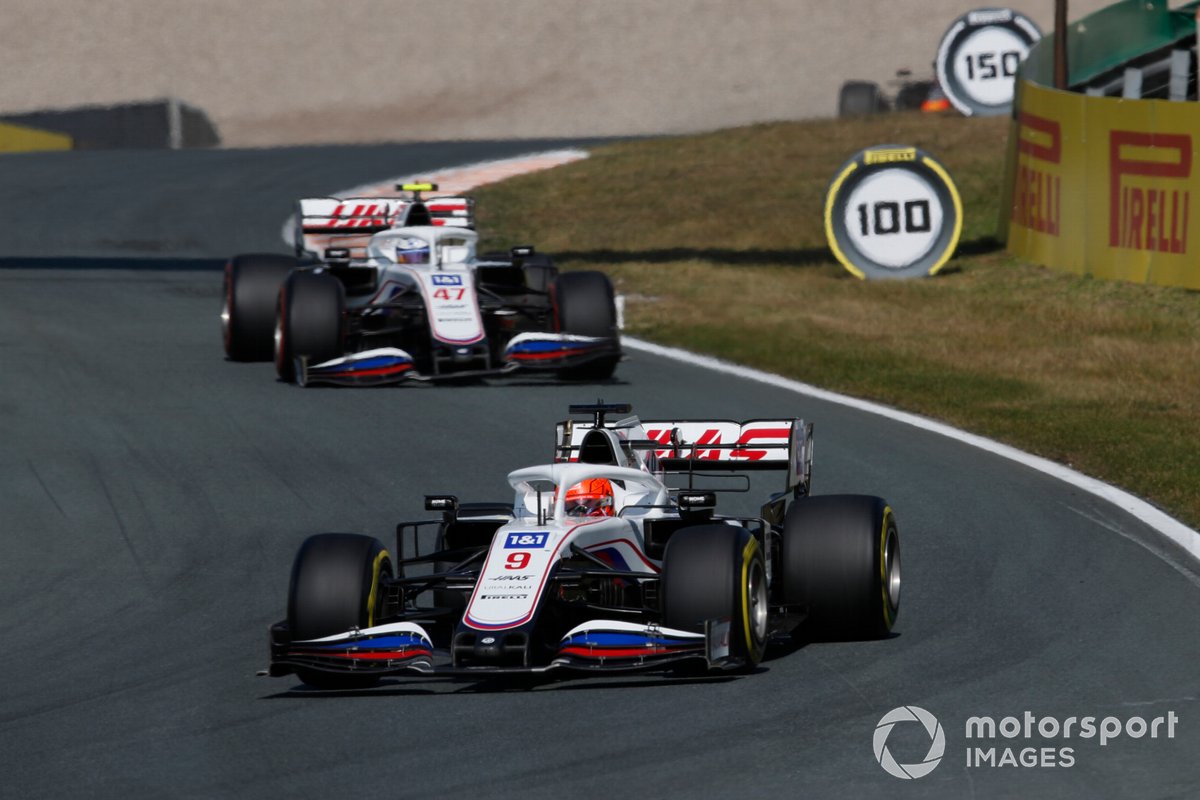 When asked if the rules of engagement the Haas drivers were expected to abide by when racing each other had changed since their latest crash, Mazepin said: “They have not.

“Because we’ve deemed that I have not broken any sort of rule or [made a] violation within the FIA sporting and racing regulations.

“And therefore, I think we’re going to work as a team to try and fix that.

“But perhaps you need to lift when you see that there is a bollard in front of you instead of damaging your car. But we will see.”

Mazepin confirmed Haas team boss Gunther Steiner had spoken to his drivers following the Zandvoort race, adding: “[It’s] good to know that I’m not in the bad books.

“But, I want to respect the privacy of those discussions – the doors were closed. I don’t think it will be comfortable for all parties if it was an open discussion. So, I’ll keep it in that.”