McLaren needs to be “realistic” about true F1 pace

McLaren needs to be “realistic” about true F1 pace


Lando Norris qualified on the front row at the Red Bull Ring and ran ahead of Lewis Hamilton in the early stages of the race.

After Hamilton was delayed by damage, Norris retook the reigning champion to finish third, only dropping behind Valtteri Bottas because of a five-second penalty for forcing Sergio Perez off the track.

PLUS: How Norris and McLaren finally took on F1’s top teams “on merit”

But despite delivering its strongest weekend in overall pace terms, team principal Andreas Seidl is very cautious about thinking it can target repeat performances everywhere.

He stressed that while updates to the McLaren MCL35M did improve its pace, the long straights and high speed corners at the Red Bull Ring played in favour of the car’s characteristics.

“I think we need to be realistic, it was a track that suits our car” explained Seidl.

“What was good to see is that I think, compared to last weekend, with the developments and with the fine-tuning we did with the set-up as well, we definitely made a step forward in terms of performance, both in qualifying and in the race.

“That allowed us to be in a position today to battle some of the top cars.

“But I don’t know exactly which issues for example Mercedes had or Lewis had, which gave us a chance to then score a podium purely down to our own performance, which is great.” 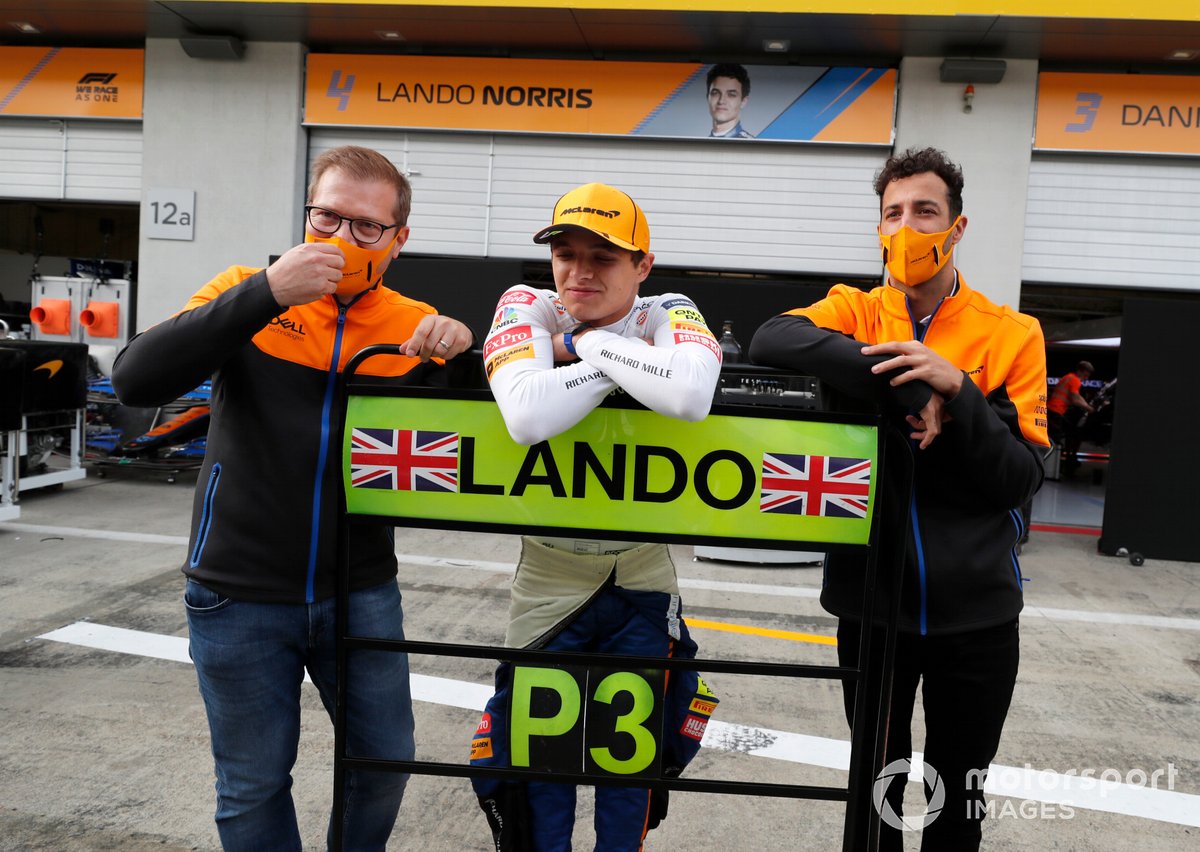 Seidl has said before the race that realistically McLaren’s best hope was a fifth place finish, as the team believed it did not have the speed to expect to beat Mercedes and Red Bull on pure performance.

He is clear that Austria flattered the McLaren pace, and it simply cannot expect to repeat it everywhere.

“There’s no point to see things that aren’t there,” he said.

“You need to be realistic and, if you see the race for example last weekend and we’re here at the same track one weekend later, then we had no chance to battle these four cars. There was a huge gap.

“So we knew that we would have a better car compared to last weekend, but we couldn’t expect that we could actually fight them like that.

“At the same time, we don’t know which problems they experienced: especially Mercedes.

“We are on a journey. We have a clear plan of how we want to reduce this deficit and that takes some years, but the good thing is we make steps.

“We’re ambitious, but there is no magic and I simply think it’s always good to have a sense of realism, and not get carried away with results like Austria, which are great and give good energy to the team.

“But it doesn’t change the picture, the realistic picture we have in terms of where we are.”

Being in clean air critical to showing Ferrari F1 form

Ferrari has shown flashes of speed during the 2021 F1 season, with Charles Leclerc's two poles in Monaco and Azerbaijan particularly highlighting...