In the Italian Grand Prix’s FP2, Sainz lost control of his Ferrari in the middle of the fast Variante Ascari combination, spinning off the track on the inside and making hard head-on contact with the wall.

It was Sainz’ third crash in four race weekends after going off in qualifying in Budapest before the summer break, and then suffering a shunt last weekend in practice for the Dutch Grand Prix at Zandvoort.

Sainz, who admitted he “needed to rebuild his confidence” after what he called a “massive crash” on Saturday morning, said he still doesn’t have an explanation for what happened.

“The car has been very neutral in Ascari across the whole weekend, and I’ve been struggling a lot with the balance there.

“I guess I’m still going through a bit of a learning process understanding the car.

“The car seems to be also quite neutral in the mid corner and I need to be careful when I go on throttle.

Asked if there is any link with his previous two crashes, Sainz said: “I think there are three separate accidents with three separate causes. I think I already explained that in Zandvoort I went a bit offline and lost the car, and it was a very driver mistake.

“In Budapest I pretty much I’m pretty sure that I got one of the biggest gusts of winds that I had in a race car in my life.” 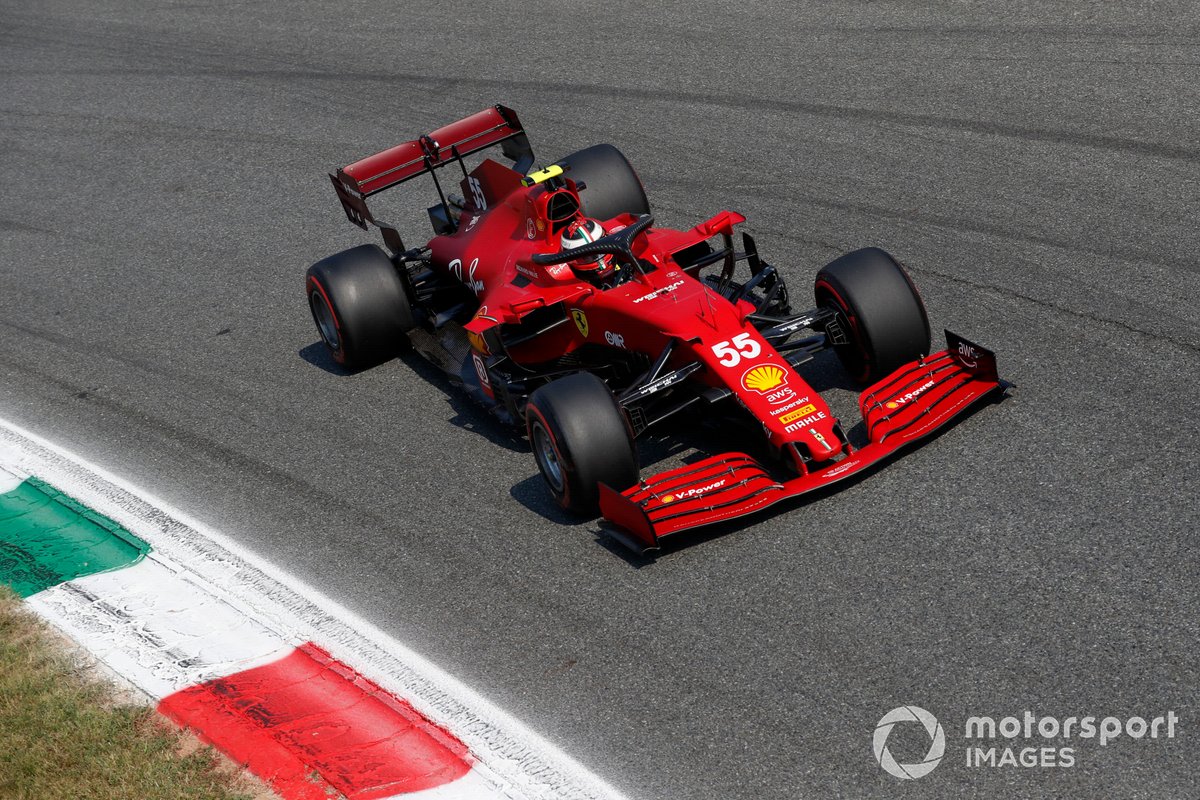 Despite suggesting he is still learning how to get the most out of his Ferrari, Sainz had been praised for his quick adaptation to his new team after switching from McLaren ahead of this season.

Sainz currently lies seventh in the drivers’ standings, just 6.5 points behind established teammate Charles Leclerc, and took two podiums for his new team in the first half of 2021.

But his Zandvoort and Monza crashes come after Ferrari team boss Mattia Binotto urged the Spaniard to put together entire error-free grand prix weekends during the second half of the 2021 season, with Sainz adamant “it will not happen again anytime soon”.

“It’s not ideal, because I cost the mechanics and the team a few too many repairs lately, but I’m sure it will not happen again anytime soon and I will recover from it,” he added.