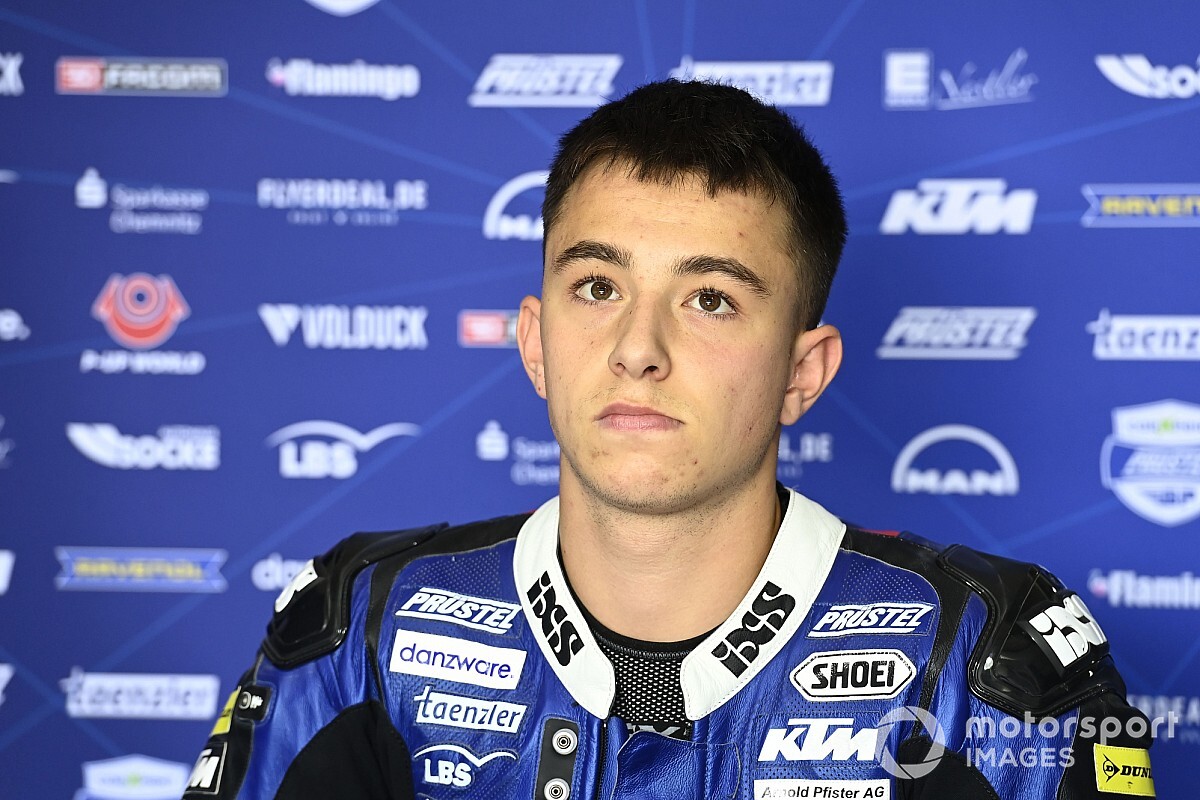 The 19-year-old crashed at the Arrabbiata 2 right-hander at Turn 9 at the end of qualifying for the Moto3 class at Mugello while on a flying lap.

Tech 3 KTM rider Ayumu Sasaki was following Dupasquier at the time and could do nothing to avoid the Prustel GP rider, with Sasaki launched in the air.

Gresini’s Jeremy Alcoba was also caught up in the incident.

While Sasaki and Alcoba walked away from the incident, Dupasquier had to be treated trackside by the circuit’s medical before he was airlifted to the Careggi hospital in Florence.

Not much is known officially of Dupasquier’s situation, but MotoGP FIM medical officer Giancarlo de Filippo has given an update.

“The rider, number 50, Jason Dupasquier was involved in a very serious crash during the qualifying two for Moto3,” he said.

“At the moment we know that for sure he’s in a very serious condition and as I said we are waiting for updates by them [the hospital].”

Explaining the attention Dupasquier received trackside, Filippo added: “This was done because it was the faster way and for sure was the best way to activate this case in consideration of this kind of serious accident.”

The Careggi hospital said in an update given to the Italian-language version of Motorsport.com that doctors are currently assessing Dupasquier’s situation before carrying out any operations on his injuries.

Dupasquier made his Moto3 debut in 2020 with the Prustel GP squad.

The Swiss rider has scored points in all of the first five races, taking a best result of seventh at the Spanish GP at Jerez.

Ahead of this weekend’s Italian GP, he is 10th in the championship having amassed a reasonable haul of 27 points.