Nathan Anderson has achieved enough notoriety digging into alleged corporate fraud that he knows he may be persona non grata at New York parties.

“I don’t lead with, ‘hello, my name is Nate and I’m a short seller’,” the Hindenburg Research founder says. “That’s a pretty good way to get ejected from any party or social setting.”

Anderson has made a name for himself taking on some of the most popular businesses to go public in the recent blank-cheque company bonanza, including electric truck start-ups Nikola and Lordstown Motors.

This week he dropped a bombshell on the already struggling market for special purpose acquisition companies by targeting DraftKings, the sports betting business widely regarded as the catalyst of the boom. Shares initially fell more than 11 per cent but have since largely recovered.

Spacs are having a record-breaking year with more than $100bn raised so far, according to Refinitiv, but for Anderson the repeated targeting of the sector is unintentional. “We don’t really set out and say, ‘hey we’re going to look at Spacs today’,” he says, adding that his team “kind of just follow” apparent fraud.

The 37-year-old, who has built a small team at Hindenburg with five full-time employees and a handful of contractors, has staked his livelihood on critical research he says serves an important role in today’s markets.

“Not every stock is deserving of going up to the moon”, he says.

He’s a world-class digger. If there are facts he will find them and all too often he’ll discover there are skeletons in the closet

Affable and at times self-deprecating, Anderson grew up in a small town in Connecticut and went on to study international business management at the University of Connecticut. Wanting “a more diverse set of life experiences”, he opted for a stint studying abroad in Jerusalem where he also volunteered for a local ambulance service — an experience that still informs his approach to short selling.

“As an ambulance medic, you’re trying your best to heal things that are broken”, he says. At Hindenburg, “we come in and try to illuminate some of these problems that might be lurking under the surface at some of these companies, in some of these industries, and see if we can make things better”.

Back in the US, Anderson took a consulting job with financial software company FactSet managing client accounts for investment managers where he realised “the processes across these firms were virtually the same, and not particularly incisive”.

Roles at broker-dealer firms in Washington and New York followed, including doing due diligence on hedge funds and investment opportunities. He began noticing potential pyramid schemes and, “fuelled by a combination of fascination and horror”, he began researching them on his own time.

His first big break came as he sought to hone his investigative skills. Anderson contacted Harry Markopolos, the investigator known for flagging Bernard Madoff’s Ponzi scheme, and they teamed up on a case against Platinum Partners, the hedge fund eventually charged over a $1bn fraud.

Anderson and Markopolos have not previously been identified as sounding the alarm on the case, in which seven top executives were indicted criminally and several pleaded guilty.

“He’s a world-class digger,” says Markopolos, whom Anderson considers a mentor. “If there are facts he will find them and all too often he’ll discover that there are skeletons in the closet.”

At times having to “labour to keep the lights on”, Anderson bolstered his shoestring budget by selling portions of his cases to members of a small group of like-minded researchers in return for a share of any payout. He initially went after small companies but has since hit his stride. 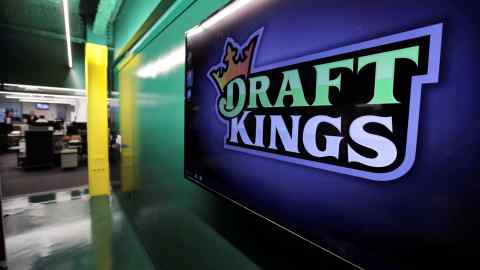 “Nikola was his breakthrough in size and in notoriety,” says Markopolos. “He’s on a roll and companies fear him.”

Anderson’s emergence comes at a difficult time for short sellers, which have been brutalised by the longest bull market in history. Even heavyweights such as Jim Chanos and David Einhorn have struggled in a market that has headed relentlessly upwards; others, including Bill Ackman, have stopped betting against companies altogether.

This year has been particularly fraught, with the emergence of the Reddit trading army who band together to boost shorted stocks and for whom short sellers are public enemy number one. Anderson has been the target of countless posts on day trader forums but he takes it all in his stride. “Finance before memes was a lot less interesting”, he says.

A particular favourite of his is a video depicting Chamath Palihapitiya — the prolific Spac sponsor who took Clover Health public — as King Kong and Hindenburg, which published critical research of the firm, as Godzilla. In the clip, “King Kong absolutely beats the living tar out of Godzilla, and we were like, that’s really well done”.

Other finance professionals, even on the buyside, say they welcome his research. Tony Kypreos, an investment advisory firm founder who first met Anderson eight years ago, says there are relatively few people doing comparable work.

Anderson “is doing a very noble service, because if you’re showing that public companies or private funds are putting out data that are incorrect, it’s a big deal”, Kypreos said.

Companies targeted by Hindenburg do not exactly feel the same way, and have either disputed or played down his allegations, with some claiming his reports are a publicity stunt.

Anderson insists he is not completely sour on blank-cheque vehicles.

“I’m still keeping my mind open to the fact that there could be a good Spac out there,” he says. “I just haven’t seen it yet.”

Here4dBesthttp://here4dbest.com
Previous articleApple's Streaming Service Could Enter A New Stage This Summer
Next articleTwenty photographs of the week