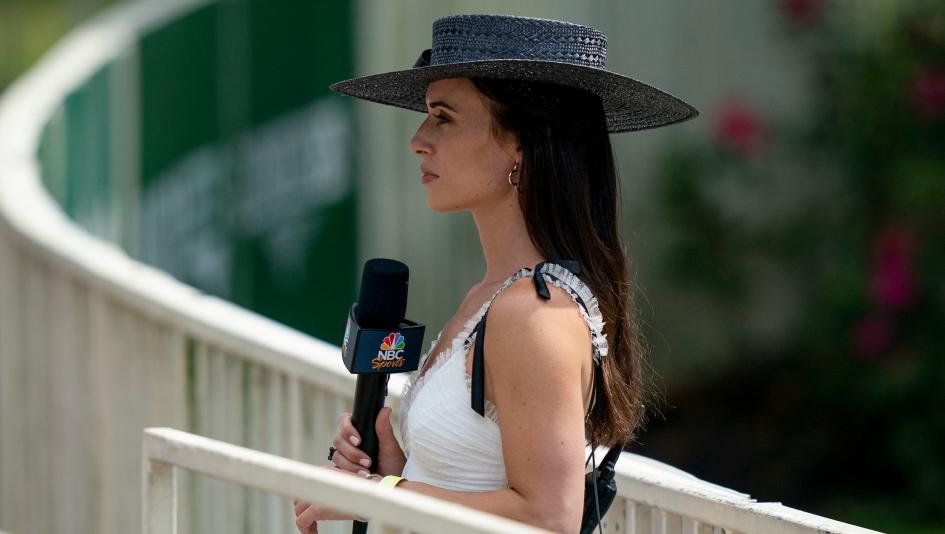 After being contested as the opening leg of the Triple Crown last year and run at a mile and an eighth due to the pandemic, the 153rd Belmont Stakes Presented by NYRA Bets returns to its customary place on the racing calendar as the last of the spring classics, run at a mile and a half on the first Saturday in June.

NBC Sports will provide comprehensive coverage of the famed “Test of the Champion’’ on Saturday from New York’s Belmont Park. The broadcast will extend from 3-5 p.m. ET on NBCSN before shifting to NBC from 5-7 p.m. ET. Coverage also is available on NBCSports.com and through the NBC Sports app. Post time is approximately 6:49 p.m. ET.

Britney Eurton, who grew up around racing, will again be part of NBC’s broadcast team as a reporter. Her father, Peter Eurton, is a prominent trainer based in California. She offered a comprehensive overview of the Belmont during a question-and-answer session conducted by Tom Pedulla on behalf of America’s Best Racing:

EURTON: I don’t really think it’s my place to comment either way. I will say that I believe in due process before making judgments either way.

EURTON: Absolutely he can. Why not? The way he was finishing in the Preakness Stakes gives you every indication he can handle the extra distance. I don’t think (trainer) Michael McCarthy would be running him in the race if he didn’t feel he was up to the task. One hundred percent he can do it.

PEDULLA: What does it stay about Hot Rod Charlie that Flavien Prat would choose him over Rombauer?

EURTON: We made a lot of that on TVG in recent weeks. I’m not sure if there was an agreement prior to the Kentucky Derby to lock in a couple of races or, after being aboard Rombauer and Hot Rod Charlie, he sided with the fresher horse. I find it incredibly interesting that he did. But you are getting a very talented rider, a Hall of Famer, aboard Rombauer in John Velazquez. Both horses are in very good hands.

PEDULLA: Can Essential Quality improve on his Kentucky Derby fourth?

EURTON: Absolutely. I think Essential Quality should have won the Kentucky Derby with perhaps a better trip. In speaking with Brad Cox, I think he might feel the same way as well. He ran a huge race to finish fourth with the trip he had. This is the type of horse that will just excel in the Belmont going a mile and a half.

PEDULLA: Todd Pletcher is taking multiple shots at the Belmont. Of his horses, who do you give the best shot to?

EURTON: Bourbonic’s a tough one, coming from so far off of it. The Belmont Stakes doesn’t seem to be overloaded with speed. So that would be my biggest question with Bourbonic. Known Agenda is an intriguing horse. We all wrote him off – or at least I did – after he drew the rail in the Kentucky Derby. Distance is a bit of a question with me but, when Todd Pletcher wins the Belmont, it usually is with a horse that skips the Preakness. I know he also has a horse coming out of the Peter Pan (Overtook, third in Peter Pan Stakes). Of his three horses, Known Agenda has the best chance.

PEDULLA: What is your opinion of the Japanese horse, France Go De Ina?

EURTON: He was very headstrong underneath Joel Rosario in the Preakness. It’s tough for me to endorse him off of that race, but we should see improvement with that race under his belt. I completely understand them taking that shot at a $1 million bonus for a horse based in Japan.

PEDULLA: Based on pedigree, is there a horse or horses that you are confident will get the mile and a half?

EURTON: Essential Quality. (Sire) Tapit’s record alone says he should get the mile and a half and what we saw in the Derby, going a mile and a quarter and he probably ran a lot farther than that, and he was still coming.

PEDULLA: Who do you view as a live longshot?

PEDULLA: Who will win?

EURTON: Rock Your World is my pick. He worked at Santa Anita Park and looked unbelievable. I’m going to draw a line through his last race (17th, Kentucky Derby). He had zero chance after he got bumped, didn’t get forwardly placed and basically threw in the towel early. Joel Rosario just took care of him and brought him back home safely. For me, if he gets a clean break and forward placement, I think he will be very tough to beat.

5 Entrepreneur Exasperations To Moderate Your Passion