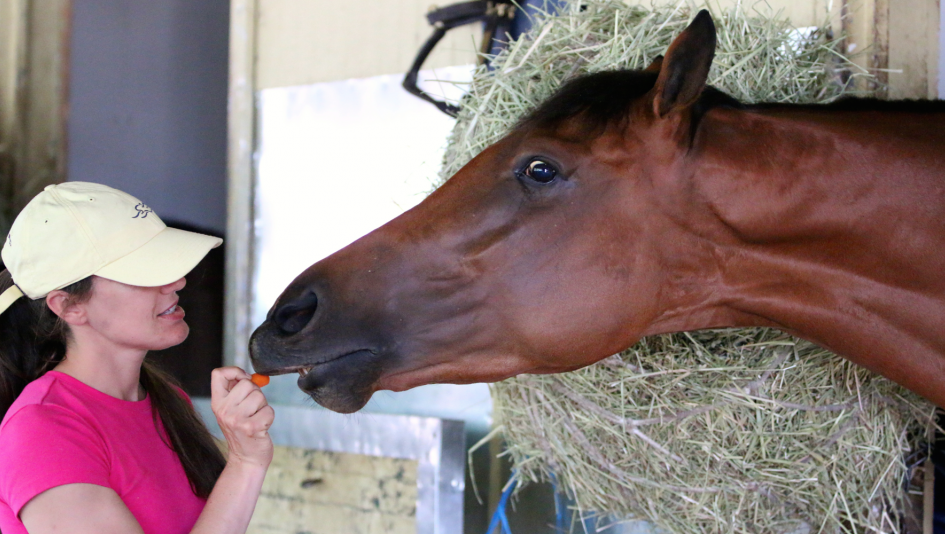 The Horseracing Integrity and Safety Act was signed into law on Dec. 27, 2020 and focuses on ensuring the integrity of Thoroughbred horse racing and on the safety of Thoroughbred racehorses and jockeys by requiring national, uniform safety standards that include anti-doping and medication control and racetrack safety programs.

Below, we answer some frequently asked questions about the authority empowered with enforcing the legislation.

ANSWER: The Authority is an independent, private, nonprofit corporation that was created with the goal of being empowered by Congress to establish and enforce medication, anti-doping and racetrack safety rules and programs for the U.S. Thoroughbred racing industry. Now that the Horseracing Integrity and Safety Act (HISA) is law, the Authority has been duly empowered to take on its rulemaking and enforcement activities.

ANSWER: The Authority will implement and enforce a horse racing anti-doping and medication control program and a racetrack safety program for Thoroughbred racing. Subject to oversight by the Federal Trade Commission (FTC), the Authority will exercise independent and exclusive national authority over anti-doping and medication control and racetrack safety matters for all Thoroughbred racing and training in the U.S.

ANSWER:  The Authority will be required to maintain robust conflicts-of-interest requirements for all board members and employees.

ANSWER:  By centralizing the administration of medication control and racing safety matters in a single office, the HISA will lead to some significant cost savings and efficiencies when compared to the costs incurred by approximately 30 duplicative state agencies. The HISA also provides the ability to coordinate with state racing authorities to streamline safety and medication practices and save further costs. It enables a broader-based and more equitable contribution from industry participants to underwrite the Authority’s activities. The HISA requires the Authority to allocate its costs on a state-by-state basis based upon each state’s proportionate share of the Authority’s costs, and it gives the states the choice of whether or not to fund its allocation. If a state chooses not to do so, then the Authority will collect the fees in the state through equitably spreading the cost within the industry participants in such states.

Further, the racing industry will not be charged twice. If a state chooses not to collect fees to cover the costs of the Authority in that state, the HISA precludes the state from charging members of the Thoroughbred industry any fees or taxes related to anti-doping and medication control or racetrack safety.

Lastly, the bill specifically precludes the federal government from directly funding the Authority. Its costs must be borne by racing participants, organizations and other participants in the industry.

ANSWER: The Authority is structured to ensure that individuals independent of the Thoroughbred industry are in the majority when considering key issues. It does, however, contemplate significant industry input from the four industry directors as well as members of the advisory committees.

ANSWER:  There are supermajority requirements for any material changes to the Authority’s governance rules as well as the ultimate oversight by the FTC.

ANSWER: The FTC will have oversight of the Authority in approving its rules and in the handling of appeals in violations matters.

ANSWER: Baseline medication rules are set out in the legislation and the Authority is free to establish other rules, provided that the FTC approves. In order to modify the baseline rules in a manner that would make them less stringent, the HISA requires the approval of both the board and the United States Anti-Doping Agency (USADA) (identified in the HISA as the Authority’s medication control enforcement agency – further discussed below).

11. How will the rules be implemented in each state and at each track?

ANSWER: Pursuant to the preemption in the legislation, “covered persons” (eg. owners, trainers, veterinarians, race tracks for horses that run in races on which interstate wagering is conducted) in all racing states will automatically be subject to therules and regulations promulgated by the Authority, and the Authority, along with United States Anti-Doping Authority (USADA), shall have the right to enforce compliance. Once the new program becomes operative on July 1, 2022, states will no longer have the power to regulate or enforce their own rules and they have no ability to opt out of the Authority’s anti-doping and safety programs. If any states or covered persons fail to comply with the Authority’s rules and standards, the Authority will be able to seek orders of compliance from federal courts.

As a predicate to USADA’s assumption of those duties, the Authority and USADA will have to enter into an agreement governing their relationship and USADA’s HISA-related activities.

ANSWER: The Authority and USADA may enter into agreements with state racing commissions for services consistent with the enforcement of the racetrack safety program, services consistent with the enforcement of the anti-doping and medication control program, and to monitor and enforce racetrack compliance with the standards developed by the Authority. Through a collaborative process, the Authority, USADA and the states can choose to work together and come to an agreement on how racing medication and safety regulation and enforcement will be handled in the state, in all cases subject to conformance with the final rules of the Authority. Such agreements would likely delegate certain activities to the states (for example, sample collections and management of chains of custody) which will be performed under the close oversight of USADA and the Authority.

ANSWER: The HISA requires the Authority to develop its training and racing safety standards while taking into account the differences between racing facilities and the regions in which they operate. Therefore, the law allows for some variation in standards that do not unreasonably increase risks for horses and riders. The Authority’s goal is to enhance the integrity and safety of Thoroughbred racing, and doing so will both increase racetrack revenues by increasing the public’s confidence in wagering opportunities and help ensure the public of the safety of the sport.

ANSWER: The legislation only pre-empts existing state laws and regulations relating to drugs administered to horses participating in races subject to interstate wagering and race track safety measures. The vast majority of laws and regulations within the authority of state racing commissions are unaffected. These include rules relating to wagering, licensing of all racing participants, breed enhancement programs, sales of breeding and racing stock, types of races allowed (ie. race conditions), claiming of race horses, taxation of racing and much more.

ANSWER: The board is designed to protect its independence by requiring a majority of the board be composed of independent members along with significant supermajority requirement for material changes along with FTC oversight. Furthermore, all members of the board must meet strict conflicts-of-interest requirements.

ANSWER: The Authority and USADA will have comparable authority as currently exercised by existing state horse racing commissions and will be legally required to provide for adequate due process, including impartial hearing officers or tribunals.

ANSWER: The Authority and state racing commissions may choose to enter into agreements with the states to provide services consistent with the enforcement of the racetrack safety program and the anti-doping and medication control program.