NWS Works Hard to Nail Down the Forecast, But Mother Nature Always Gets the Final Vote in Real Time. Models Change With the Coastal Low. King Tide Brings Flooding to the Low Country.

NWS Works Hard to Nail Down the Forecast, But Mother Nature Always Gets the Final Vote in Real Time. Models Change With the Coastal Low. King Tide Brings Flooding to the Low Country. 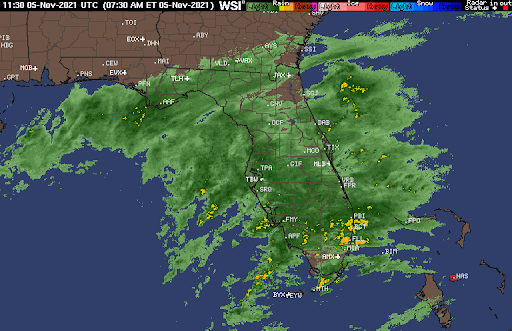 My brother texted me this morning from Miami.

He said “it looks like a scratch off ticket”

Low but not tropical. 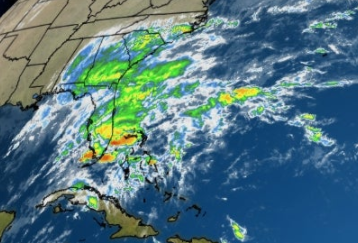 …and headaches for the NHC.

In Miami during KING TIDE…. it floods.

If there’s a storm it really floods.

But this is just our no name stormy mess. 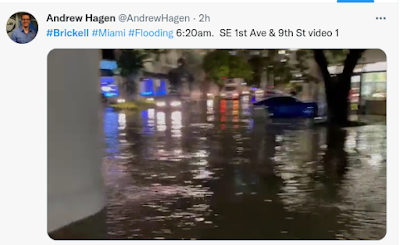 I grew up near there…. give or take.

It wasn’t as densely populated.

..at the edge of the bay along the river.

King Tides bring the river and the bay up a bit.

But this is a large coastal isue……

..what happens there is moving up the coast.

I’m going to use this map to explain things. 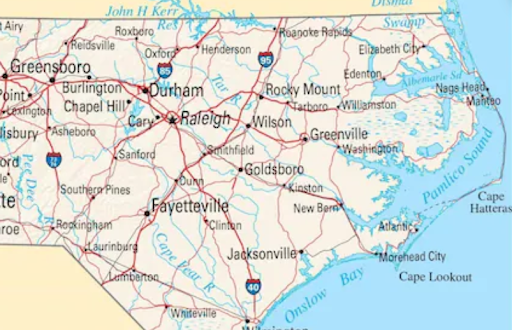 Note where I95 here on the map.

See how far West Greensboro is……

… now Greensboro is supposed to get some.

So always pay attention to changes in the forecats.

Nothing is set in stone.

In North Carolina I-95 divides our BBQ sauce, it divides us in many ways and is usually used in meteorological forecasts as what happens “Down East” usually stays down East and OBX and Wilmington gets weather that the rest of the state does not get.  Sometimes…it inches up towards the Sandhills and on rare occaisions they add the area to the East of I95 in the general Raleigh forecast as having higher chances of rain and wind; be it hurricane or snow storm Raleigh is always on the edge of some line.

This morning from Raleigh indicates the chanes.

“these clouds were expected to be retreating south, but” 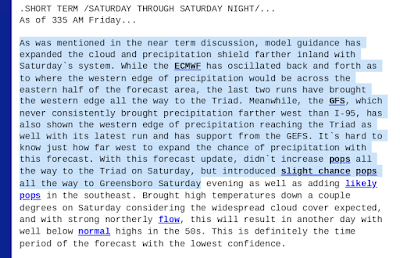 “ECMWF has oscilliated back and forth” 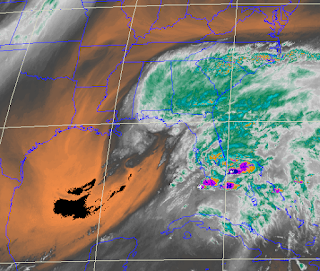 Yesterday the models seemed to imply that the real issue had changed from the previous model run and they was a consensus on “Further East” and offshore. I woke up this morning, looked at the water vapor loop and thought “oops” because it was obvious that the non tropical Low we have been talking about is setting up the way the earlier models implied and weather was going to be onshore not offshore in this neck of the woods.

This is why you never go by what you heard regarding a model several days out or think a forecast on air or online is set in stone, because in the end Mother Nature gets the final vote.

South Carolina/Charleston area and all the Low Country will have flooding problems. Georgia and especially the area around St. Marys down to St. Johns River in Jacksonville, Florida. Again that whole area is one general meteorological/geographic area so google the Georgia Bight. 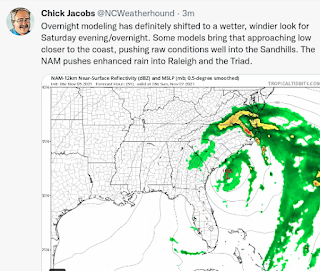 The truth is the best way to get a good forecast is to follow people who cover your own region and have your own back. Chick in North Carolina is like that he is fun to follow and as accurate as you can get. In Miami I watch Phil Ferro and as for graphics no one is better than Brian McNoldy, if you would have read his tweet on November 2nd you’d know what would be happening this morning on November 5th.

Oh Wanda is wandering and the NHC is letting the NWS cover the Coastal Low that will impact our weather at the worst time when our tides are highest. Always follow your local National Weather Service they do the best they can do give you a heads up down the road and when things change they update their forecast because they know…. forecasts are not carved in stone and Mother Nature gets the final vote in real time!

Often this happens because we have a wandering tropical depression or storm, but Mother Nature will take any old Low it can to drive the weather the way she wants…….  New Moon, King Tide one way or the other we get a significant storm of some kind. Note warnings from NWS Charleston SC below! 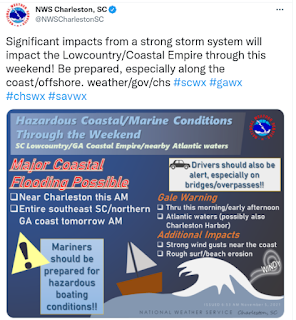 It was 36 where I live this morning.
I’m thrilled.

But do have to figure out what to wear.

So beware the storm.

Have a good day.

Have a wonderful weekend.

The Coastal Storm aka Blizzard 2022AKA SNOMG!It's coming together.On all levels.Again note how this one area covers so many states from New Jersey...