Ocon entered F1 as a Mercedes junior midway through 2016, racing for Manor in nine races that year before joining Force India for the two following seasons and then spending 2019 on the sidelines as the Black Arrows’ reserve driver following Lawrence Stroll’s consortium buying Force India’s assets and forming Racing Point (now Aston Martin).

When he signed with what was then the Renault squad to re-enter F1 in 2020, Mercedes motorsport boss Toto Wolff called Ocon “a cousin of the Mercedes family”, as the Frenchman retained a management link with Mercedes but stopped being one its juniors and instead became a senior Alpine racer.

It is understood that this arrangement remains unchanged with Ocon’s fresh deal with Alpine.

When asked by Autosport to clarify his ties to Mercedes ahead of this weekend’s French Grand Prix, Ocon said: “So, I’m completely a fully Alpine driver for the next three years – that’s where I stand at the moment.

“For sure, there’s still connections with Mercedes, but the job I’m doing is to be with Alpine, and fully with Alpine.

“So, there will be nothing and no interaction with the Mercedes Grand Prix team.” 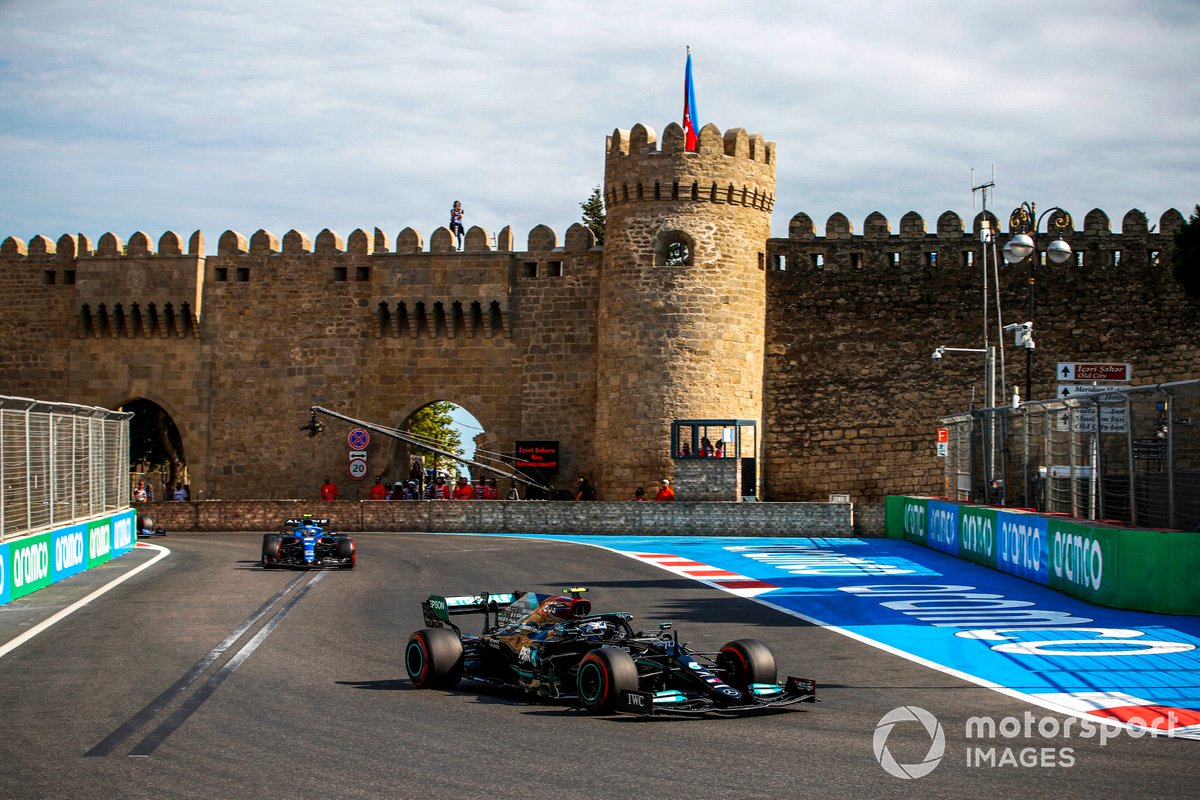 Ocon was later asked if he had been involved in any discussions with Mercedes about a potential deal to switch to that squad post-2021, and he replied: “I don’t really have to comment on that”.

He added: “What I know is that I feel really good here – being with Alpine for three more years.

“That’s all I care about in the end and that’s all I need to focus on in the future.

“I think it is a great decision for me, for my career.

“A massive step forwards and it’s the longest deal I’ve ever had in motorsport, in my whole career.

“So, coming from where I was a couple of years ago, I think it is an awesome position to be in. So, I’m really pleased.”

Ocon also called his new contract with Alpine a “weight off the shoulders” that will allow him to “only focus on the performance and what matters, now that the rest is secured”.

“I felt good in the team, I feel very well integrated, I feel the atmosphere is fantastic and that we are working very nicely,” he continued.

“Obviously, we have a great chance of doing good things next year with the new regulations, so it’s definitely a perfect place for me to be staying.”

Here4dBesthttp://here4dbest.com
Previous articleOlliOlli World – New Gameplay Today
Next articleSupercar, Superbike to race each other in Darwin

The Australian has endured a tougher than expected time in getting used to the unique characteristics of the McLaren F1 car this...