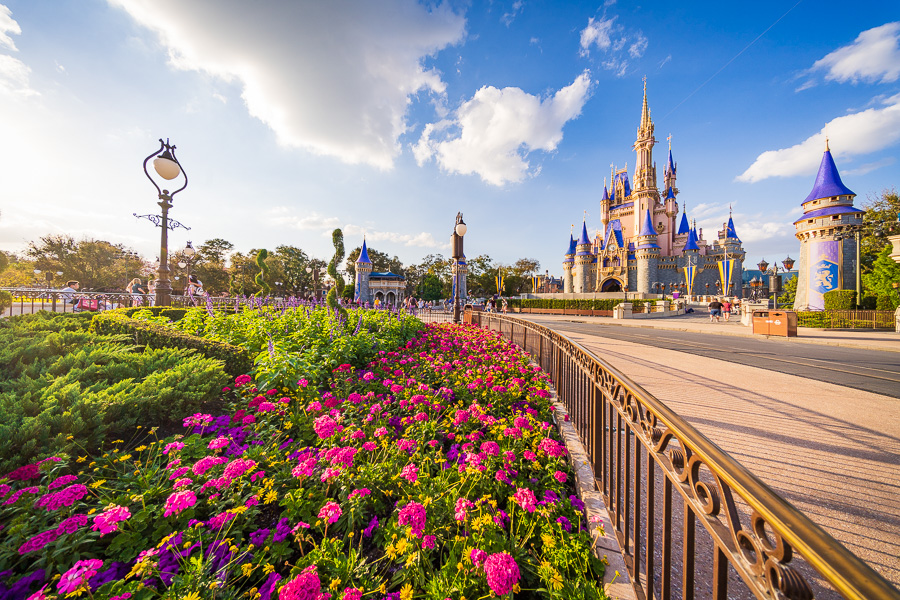 We are back with another COVID-19 report covering new case, positivity, and hospitalization data from Florida and Orange County as of December 22, 2021. Plus, commentary and an update on the potential impact of the Omicron surge on crowds at Walt Disney World in early 2022.

Let’s start with a quick housekeeping note. These data-driven weekly reports began in late July with the goal of sharing news that may be relevant to out-of-staters planning or on the fence about a vacation to Walt Disney World. The updates distilled data and information from multiple sources, in an attempt to offer analysis free of hyperbole and sensationalism–just a straightforward report on current circumstances in Central Florida.

At the outset, the reports were objectively bad with the state Florida setting & breaking its own records in new cases on a weekly basis, along with other grim news. By the end, the reverse was true, as the state ranked among the best in the US after the Delta wave had passed. It’s been over two months since the last report, and I do not miss doing them in the least. Despite that, we’re back with another to apprise readers of Omicron and what it could mean for Walt Disney World attendance in January and February 2022.

Florida reported 12,915 new COVID-19 cases on December 21, 2021 as testing positivity rates soared from around 5% to as high as 21% in areas of Central Florida for the first time since the summer Delta wave was subsiding, according to data from the U.S. Centers for Disease Control. That’s the most new daily cases since September 11.

After falling to the yellow/moderate tier in mid-November, Orange County is back in the red/high tier of the CDC’s Community Transmission Map, which is based on positivity and incidence numbers. Orange County’s 7-day positivity average stands at 6.55%, with 101.33 new cases per 100,000 people. Because they’re rolling averages, these numbers lagged on the way down, and are also lagging on the way up. This is a sharp spike, but on par with per capita new case numbers being reported throughout the United States. Florida still ranks 29th in that regard, so better than average–but not the 50/50 it had been for much of the last two months.

The United States reported over 300,000 new cases Monday and 188,000 on Tuesday, significant increases that brought its rolling daily average to 154,555. Experts forecast that to continue sharply increasing heading into Christmas; a safe bet, as household gatherings have been the top cause of transmission throughout the pandemic and last year’s biggest spike was driven by the holiday season. 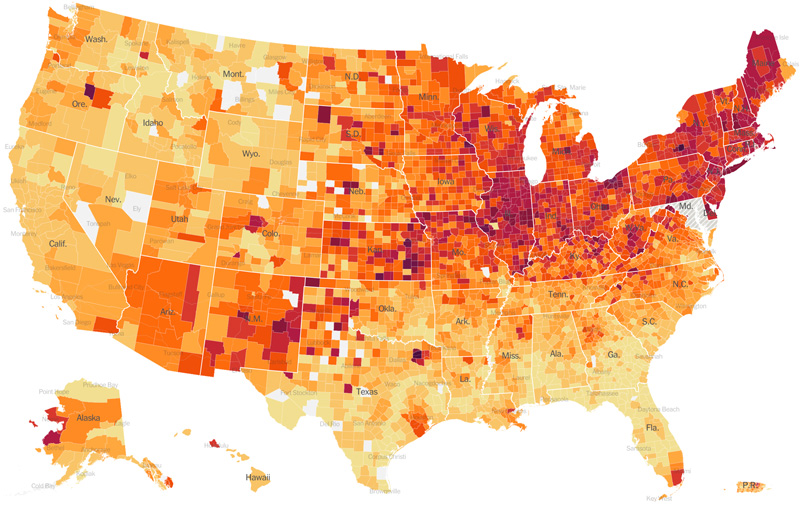 Accounting for the current spike is the more transmissible Omicron variant, which is now the most dominant strain in the US. Omicron accounts for 73.2% of new cases less than three weeks after the first was reported in the United States, according to new estimates by the CDC, with Delta constituting an additional 26.6%.

During the previous week, Omicron made up just 12.6% of cases, and the week before that only around 1% of new cases. Omicron is even more prevalent in certain parts of the US, making up over 95% of new cases in areas already hit hard by Delta, including the Southeast. For anyone who would like to review the data themselves, consult the below resources for numbers reported and compiled by local, state, and national organizations:

These are all great for the unvarnished numbers from which you can glean past and present trajectories, without any sensationalism or spin. Arguably the most useful data at this point is HHS hospitalization utilization. Currently, just 3.06% of inpatient hospital beds in Florida are in use by COVID-19 patients and 4.69% of ICU beds.

Typically, hospitalizations are a lagging indicator that follow a surge in new cases by a couple of weeks. However, there has been a decoupling between cases and hospitalizations in places where Omicron was detected early and has progressed further.

(Unless hospitalizations get markedly worse in Florida, this report will be a one-off. From my perspective, case numbers are meaningless at this point if hospitalizations don’t follow suit; system capacity is what matters.)

Above is an interview on CBS Face the Nation with Dr. Scott Gottlieb, the former commissioner of the U.S. Food and Drug Administration. During that, he said that there is no indication that the Omicron variant causes more severe illness, and that around 80% of Americans have some level of immunity, either from prior infection or via vaccination. He also noted that data out of South Africa is promising: hospitalizations are down 30% relative to cases and 80% relative to past waves.

Gottlieb went on to say that Americans are experiencing COVID fatigue and are tired of living diminished lives as a result of the virus. He predicted that Omicron “is going to blow its way through the population, probably very quickly, when you look at what happened in South Africa and even what’s happening in the U.K. right now, where it’s moving very fast. But we do face a hard four to six weeks ahead of us.”

It is fair to point out that South Africa has a younger and healthier population than the United States, and also is recently removed from its Delta wave. All of that likely contributes to better outcomes with Omicron. It’s also fair to point out that while not young or healthy, Florida was hit incredibly hard by Delta and the percentage of the state’s population with some level of immunity is likely higher than the US average as a result. 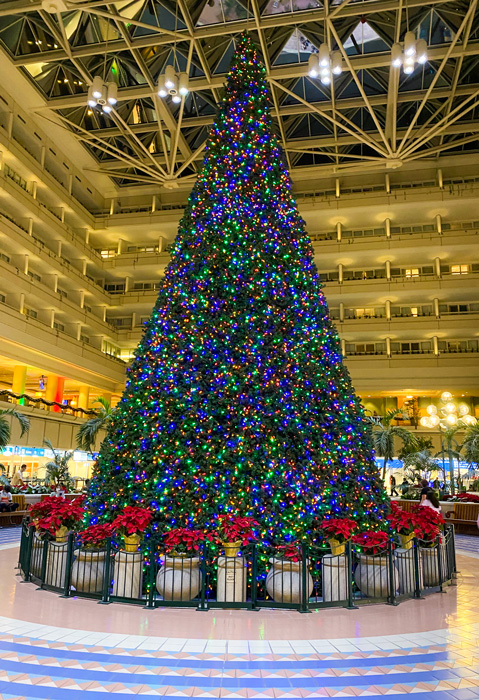 Much attention has been paid to Omicron’s ability to evade some of the immunity conferred by antibodies from vaccines and natural infections, this is not the whole story. The United States population is no longer immunologically-naïve, due to inoculations and infections.

Antibody levels inevitably fall–if they didn’t drop after every infection or vaccination, your blood would be as thick as sludge, full of antibodies from every pathogen to which you’ve ever been exposed. Despite this, protection against severe disease still exists due to durable immune memory of B and T cells. This is nuance that has been lost in the media’s breathless coverage about breakthrough cases and waning antibodies. In plain English, durable and long-lasting population immunity will dramatically decrease severe outcomes in any future waves or flare ups that may emerge as COVID-19 becomes endemic. Here’s an article from back in August in The Atlantic (which we’ve shared before but still highly recommend reading if you skipped it) that discusses the need for Americans to recalibrate their expectations, as preventing all infections or eliminating coronavirus is not a realistic goal.

The salient point is that widespread vaccinations and past infections will turn COVID-19 into something more like influenza, with the key message that if you’re vaccinated or have natural immunity, you’re well protected against severe disease. In life, there is no such thing as eliminating risk–only mitigating it. 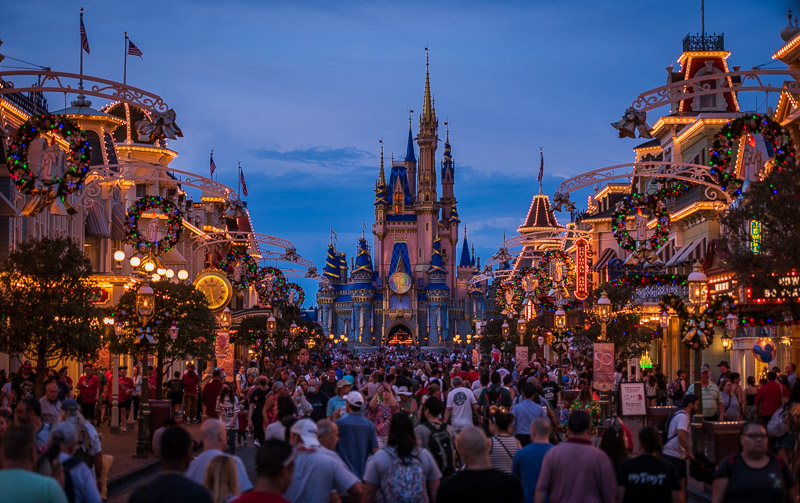 As for what this means to Walt Disney World attendance in January and February 2022, it’s incredibly difficult to say. For the last month, I’ve been warning that the upcoming winter “off-season” is going to catch a lot of Walt Disney World fans by surprise with heavier than normal crowds.

Due to postponed trips, a return of international travel, resumption of runDisney and youth sporting events, and people remembering how low crowds were this year, there likely was more demand this winter. The lack of discounts is already concerning and suggestive of more travel, and my expectation is that attendance will follow suit. 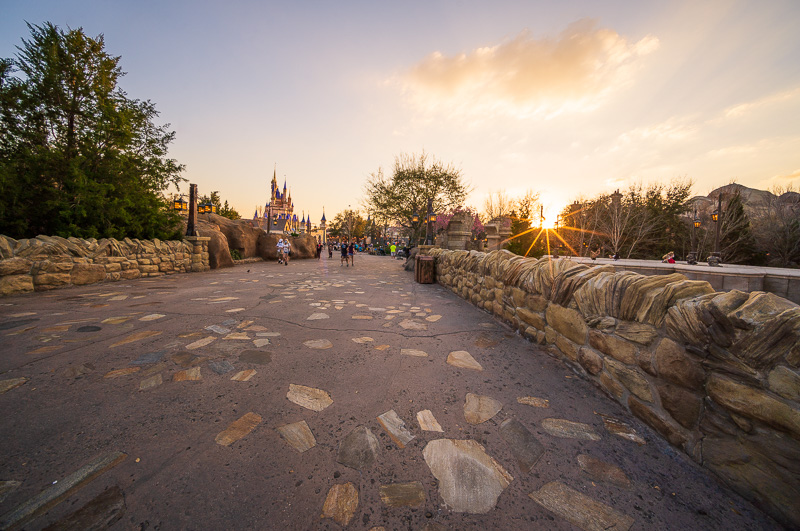 With that said, one big reason that crowds were so low this winter was because of the post-holiday surge in cases and resulting travel trepidations. The same thing happened again in August through October, with some cancellations driven by Florida’s Delta surge. If history is any indication, there will be cancellations once again due to Omicron. The question is not one of “if” but rather “to what degree?”

Florida’s Economic Estimating Conference lowered expectations through mid-2022 for international travel, as the panel looked at various aspects of the Florida economy. Fears over Omicron contributed to the reduced outlook, but just as significant were uncertainty about restrictions and other requirements for international travel–a complicating factor not relevant for domestic travelers. It’s still incredibly early and the United States almost certainly has not seen its peak Omicron case numbers. If going by past precedent, that likely won’t happen until early January 2022. However, if making an early projection based on incomplete information, my expectation would be that Omicron will impact crowds at Walt Disney World, but to a much more slight degree as compared to last winter’s wave or Delta.

For one thing, there’s the aforementioned COVID fatigue. A Monmouth University survey released last week found a majority of Americans feel “worn out” by how Covid has impacted their daily lives, and nearly half feel “angry” about it. Americans are tired of the changes they’ve made to their lives, and there is falling public support for any form of mandates. 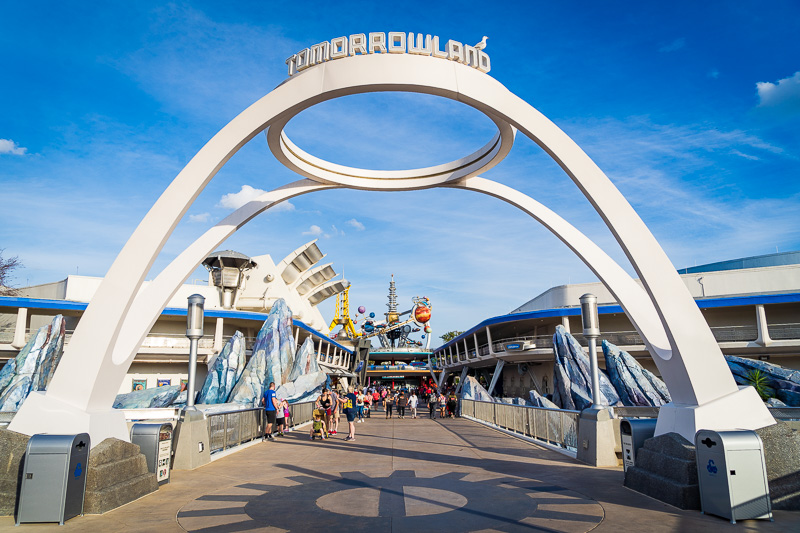 While a data-drive poll is nice corroboration, anyone who lives in the real world and not on social media could tell you this. Huge box office results for the latest Spider-Man film and record-setting holiday travel are pretty good indicators that most Americans are ready to move on and return to normal. With that said, “most” does not equal “all” and some pullback in travel plans does seem likely in early 2022.

The other significant difference between this wave and Delta is that Omicron is not disproportionately impacting Florida. When the Delta wave began in the United States, it hit the Southeast hard. For a while, Florida accounted for nearly 25% of all new cases in the US, and there was headline after headline about the dire situation in the state. With travel to Florida posing greater risk than regions from which many tourists would be visiting, that likely pushed more people towards cancelling trips. If Omicron more evenly impacts the United States, this same perspective is unlikely. That plus the aforementioned fatigue could mean only a slight dampening of domestic travel to Walt Disney World.

Ultimately, we don’t know how Omicron will play out in the United States. It’s still early and it would be foolish to presume too much, as the course of the pandemic has been unpredictable. Nevertheless, our early expectation is that Omicron will result in a slight uptick in cancellations and reduced attendance at Walt Disney World, but nothing even remotely on par with this year, when there was a true winter off-season lull. Moreover, for those who didn’t experience it, January and February 2020 were insanely busy–our prior prediction was for that to repeat in 2022. That now also seems unlikely. As for where crowds will settle now, that’s anyone’s guess. My expectation would be around the 6/10 to 7/10 range for most non-holiday weekend dates.

This covers our best money-saving tips for buying discount Disney gift cards via Target, Kroger, Meijer, Sam’s Club, Best Buy, and beyond. Some...

Kevin Coming Back to Animal Kingdom

Starting next week, you’ll once again be able to enjoy and interact with the greatest walk-around character at Walt Disney World. In this...