from may 23, 2021 to january 9, 2022, palazzo grassi – punta della dogana presents a major exhibition dedicated to american artist bruce nauman, focusing on three fundamental aspects of his oeuvre — the artist studio as a space where creation takes place, the body through performances and the exploration of sound. ‘bruce nauman: contrapposto studies’ is curated by carlos basualdo, the keith l. and katherine sachs senior curator of contemporary art at the philadelphia museum of art, and caroline bourgeois, curator at pinault collection, in close collaboration with the artist. the show centers around a series of recent video installations developed by nauman in the last five years and related to a single channel video from 1968, ‘walk with contrapposto.’ the exhibition includes a comprehensive survey of that series alongside a number of earlier performances, installations and videos that provide context for the recent work.

in further exploring bruce nauman’s life and work, palazzo grassi has also initiated a series of online video conversations that expand upon the themes of the exhibition. from now through june 17, 2021, the program of video talks invites artists, choreographers, art historians, performers and musicians — speaking with curators carlos basualdo and caroline bourgeois — to share their personal point of view on nauman’s work, and his influence on theirs. the videos that form bruce nauman archive for the future are uploaded on youtube and the website of palazzo grassi.

designboom spoke with curators carlos basualdo and caroline bourgeois to learn more about the exhibition and conversation series, and the profound influence that bruce nauman’s work has on generations old and new.

designboom (DB): what was the criteria in selecting the conversation protagonists for the ‘archive for the future’ video series?  how do each of their voices contribute something different to the conversation?

carlos basualdo (CB) and caroline bourgeois (CB): first of all, it is evident to us that nauman is one of the most influential artists today. one could say about him what is often pronounced about marcel duchamp: his influence is everywhere. we wanted to engage a variety of practitioners who are deeply engaged with nauman’s work, but in a way so that these conversations would become both interpretative tools for the potential viewer/listener and well as a dialogical expansion of the show. archives usually gather documentation about the past, ours is a pure tension towards the future.

it was important for us to gather different voices coming from different disciplines, backgrounds, generations, geographical origins. quickly we agreed to start this archive project with artists whose work we love: nairy baghramian, elisabetta benassi, boris charmatz, teodor currentzis, anne imhof, lenio kaklea, élisabeth lebovici, ralph lemon, paul maheke, philippe parreno, and tatiana trouvé. they are artists, musicians, art historian, performers, choreographers and share in common a profound relation to nauman’s work, in various aspects that they explore in these talks.  we wanted to have a variety of points of view and to be surprised by what these practitioners have to say about nauman’s work from their own singular perspectives. 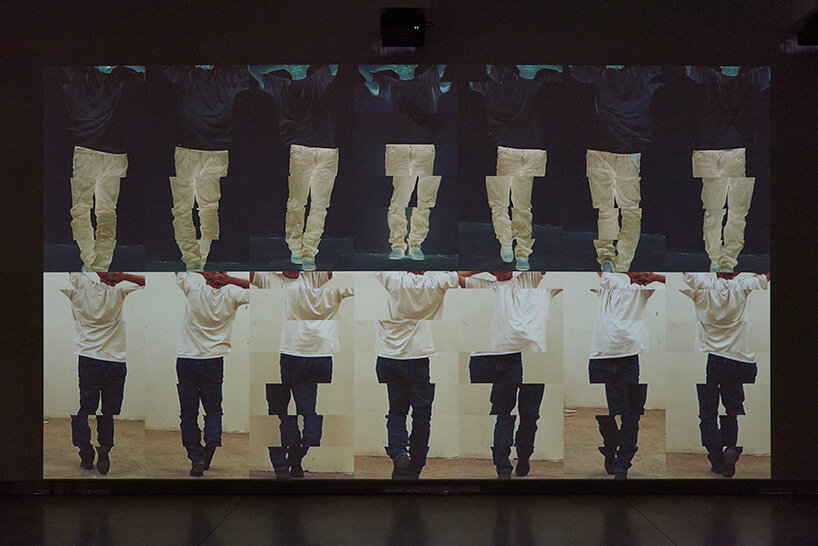 CB + CB (continued): by operating on the viewer’s experience, providing interpretative keys and relating bruce’s work to a much larger family of other works, including music and dance, the conversations become a supplement to the show that ultimately modifies it.

we can say that the dialogues have truly expanded our own approach to his work. the conversations touch on the harsh realities of being embodied, to metaphysics and even the degrees of mystic experience. through the participants’ words, the visitors can realize how important the work of bruce nauman is for so many people.  the talks also highlight the profound influence that bruce nauman’s work keeps having for new generations and different forms of artistic practice.

DB: the first conversation that has been presented online features philippe parreno — what was interesting to you about his personal point of view on bruce nauman’s influence and legacy?

CB + CB: philippe’s work was an inspiration for the show in venice, a space of images and sounds, like ghosts roaming in the rooms of punta della dogana, so it was only natural to engage him in the conversations. philippe is particularly fascinated by the relation of nauman to language, to image and text — both deeply linked to what he calls a ‘paradoxical dramatic act’, especially through the figure of the clown.  the act of appearance and disappearance, this constant movement from presence to the absence, the notion of ‘ritournelle’ are common grounds/concerns that nauman and parreno share. 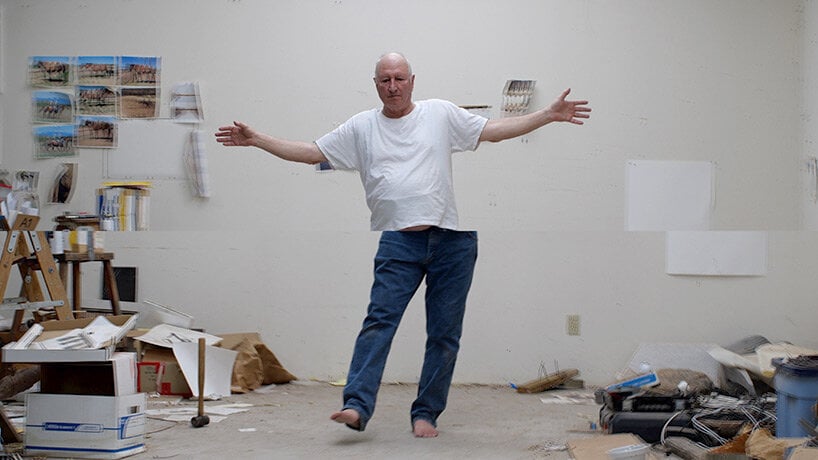 DB: in developing the upcoming exhibition at palazzo grassi – punta della dogana, what did you learn about bruce nauman’s life and work that you might not have previously known? did anything surprise you?

caroline bourgeois: as for myself, his most recent works – which are included in the exhibition – struck me by their vitality and radicality: acoustic wedge (mirrored), as an answer to the space, nature morte as a different way for the public to experience the space of his studio, walking a line, that questions all of us in on our relation to our aging/evolving body. 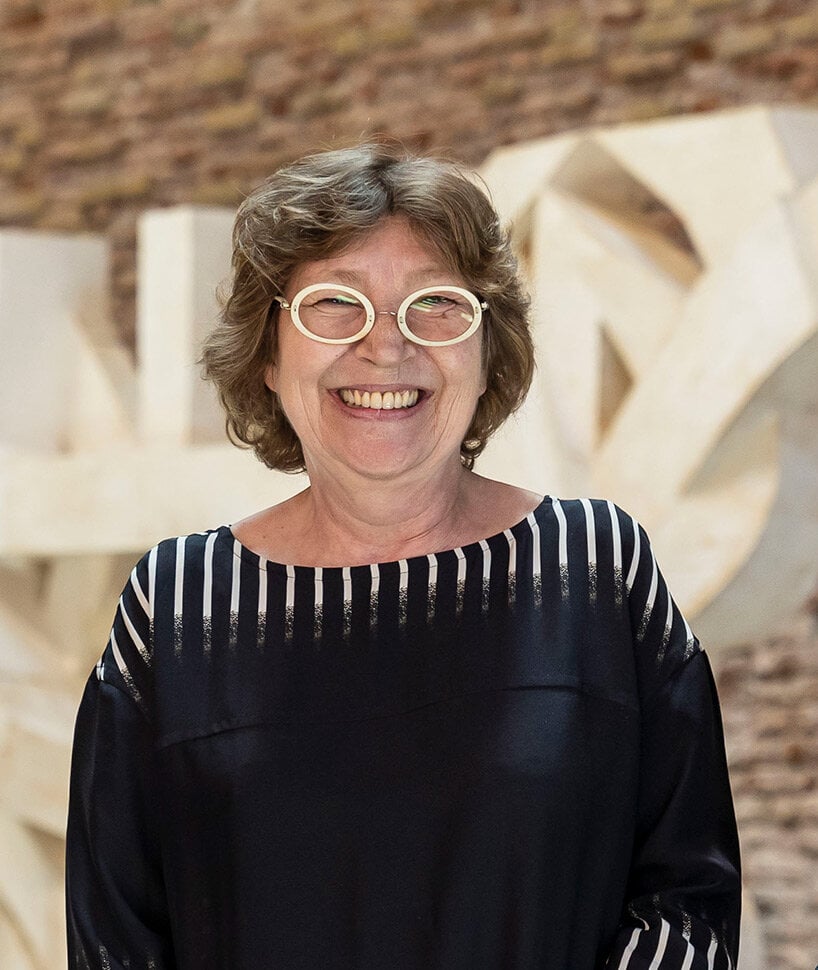 DB: how does the exhibition highlight bruce nauman’s experimentation with different artistic languages, and exploration of the human condition?

CB + CB:   we do not consider the exhibition as an object, finished and separated, but as a performative utterance articulated in a space that is permanently reconstituted by the viewer’s experience. so in a way we hope that the structure of the show resonates with the logic of nauman’s work. we hope that the exhibition will become an experiment to the visitors, so they can become more aware of the very physicality of their bodies and learn something very intimate about their own selves. 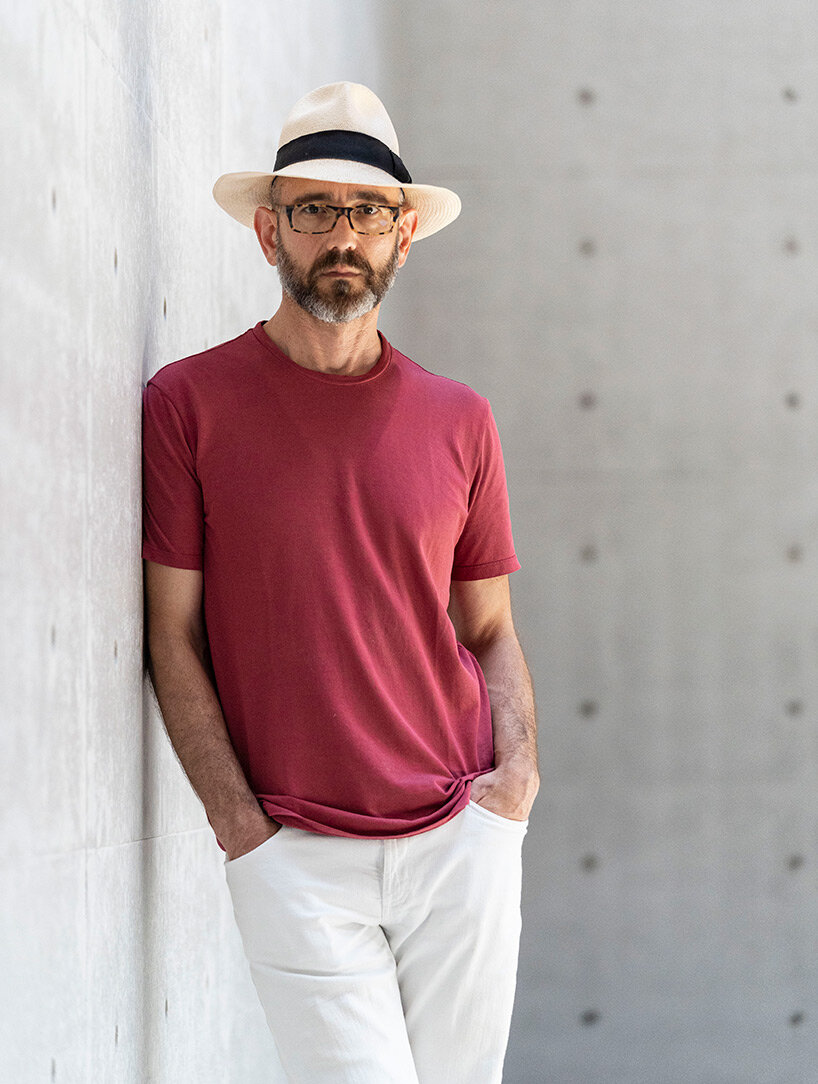 DB: what new perspectives on the ‘contrapposto studies’ can be gathered from the exhibition? what do you hope visitors take away?

CB + CB: the show is the first comprehensive presentation of the ‘contrapposto’ works, so we are hoping that the visitors will see them for what they are and relate them to the overall context of nauman’s oeuvre, in a non-chronological fashion.

Here4dBesthttp://here4dbest.com
Previous article20 Best Skincare Products for Acne to Deal with Breakouts
Next articleHere’s How the ESPN+ NBA Marvel Game Should Go