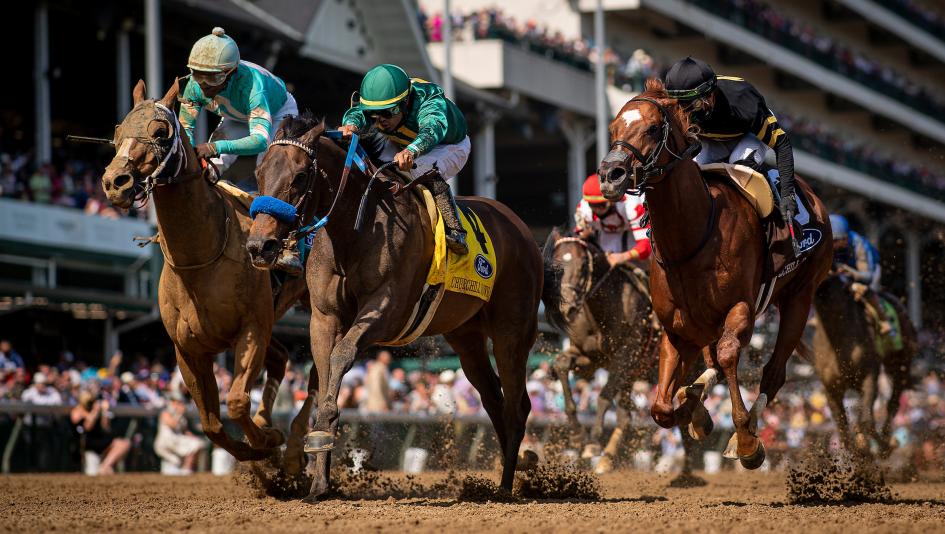 #5 Fulsome: This race features a field of eight 3-year-olds, two of whom recently competed in the Grade 1 Kentucky Derby Presented by Woodford Reserve. O Besos made a strong rally from behind and finished fifth in the Derby. Helium was closer to the pace and flattened out to finish eighth. Both of them are contenders, but both are certain to be overbet because of name value. I’m not sure either one of them are worth a bet at low odds.

Helium was the only horse near the pace in the Derby who backed up without a valid excuse. While most of the speed horses held on to finish in the top four, Helium had no punch at the top of the stretch. Granted, he had made just one start in the past six months, and perhaps having the extra race under his belt will help here. However, he’ll almost certainly be an underlay.

As for O Besos, he was 10 lengths off the lead after the first half-mile and closed ground to finish fifth. While it was an impressive effort, he ran similar races in the Grade 2 Risen Star Stakes Presented by Lamarque Ford and the Grade 2 Twinspires.com Louisiana Derby, closing from far behind and finishing somewhere in the superfecta. He strikes me as the kind of horse who doesn’t have enough early speed to win major races, but he’ll sucker people into betting him.

I’ll take a shot with a horse who looks like he’s improving at the right time. Fulsome comes in here off a win in the Oaklawn Stakes at Oaklawn Park, which was a career-best effort. He stalked a slow pace, including a second quarter-mile in 24.78 seconds, but he overcame it with a long, sustained drive. He edged stablemate Warrant to win by 1 ¼ lengths. Trainer Brad Cox and jockey Florent Geroux are off to their usual strong start at Churchill Downs, winning at a 25% rate when they team up over the past 60 days. He’ll most likely be the third choice in the betting behind O Besos and Helium. If you think those two are going to be overbet, Fulsome will be an enticing overlay.

#5 Empire of Gold: This 4-year-old sprinter looks like he’s on the verge of a breakthrough. He showed promise as a 3-year-old. Last October, he finished second in the Grade 2 Stoll Keenon Ogden Phoenix Stakes at Keeneland at 51.10-1. In his next start, the Grade 1 Breeders’ Cup Sprint four weeks later, he led briefly in the stretch and faded to fourth.

In his two starts this year, he was third in the Grade 3 Count Fleet Sprint Handicap behind top sprinters C Z Rocket and Whitmore, then handily beat a tough allowance field next out at Oaklawn Park. He’s making his third start of the season, usually a spot where horses run a big race. He has good tactical speed and shouldn’t lose too much ground breaking from post-position five. It’s encouraging to see David Cabrera, who rode him in his first two starts, come to Churchill Downs for the mount. He’s based at Lone Star Park, where he’s winning at an insane 32% clip. He would not pass up a day’s mounts at Lone Star to go to Churchill if he didn’t think this horse was live.

The June 15 King's Stand Stakes (G1) revolves around Battaash . There haven't been many speedballs quite as fast as him in recent seasons, but...

The Biggest Retail Investor Mistakes (And How I Avoid Them): Narrative-Based Investing