piertzovanis toews expresses lightness with a roof extension in switzerland

piertzovanis toews expresses lightness with a roof extension in switzerland


switzerland-based firm piertzovanis toews expands the usable space beneath the roof of an historic building in basel. the ‘courtyard house‘ is located in the town’s matthäus neighborhood which was largely built in the decade between 1890 and 1900. the area hosts a residential district for the workers of kleinbasel. the characterised by uniform housing blocks, all built quickly during the turn of the 20th century. as is typical of the town’s dwellings, a small craft workshop was established directly behind the two-story house which had already undergone several changes over the years. captured by simone bossi, this latest extension serves to create additional space under the roof that can be used as a studio and a guest room. 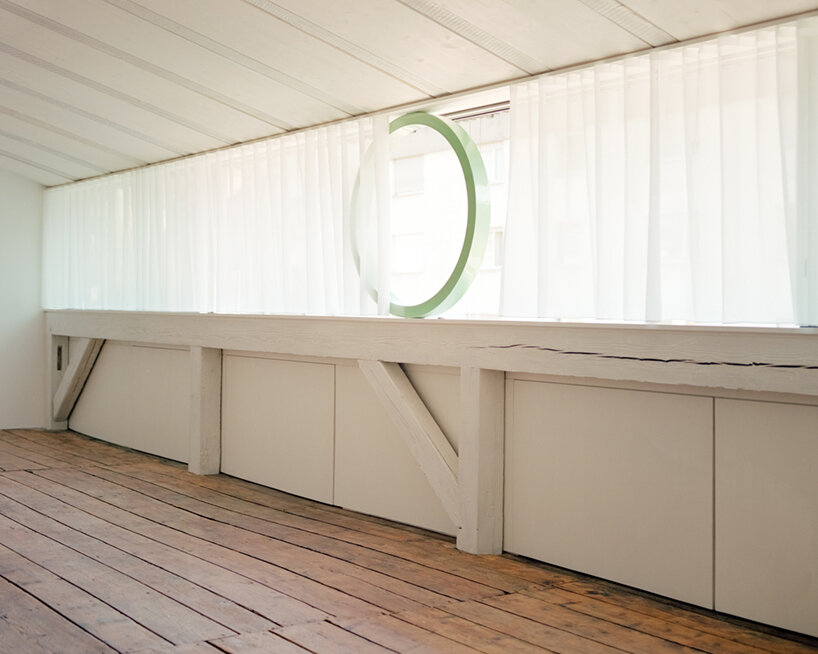 with its intervention in basel, piertzovanis toews opens up the roof while retaining its ridge and eaves lines. the alteration generates a new room with more height along with a new ribbon window. the existing materials were adapted and reused, including the floorboards and the framework which remain part of the house, taking it into the next phase of life with a new expression. meanwhile, the warped and skewed beams were dismounted, cut, brushed, and reinserted to remain visible. alternating with the precisely prefabricated plywood panels, their notches and cracks reveal traces of times gone by. on the outside, the finely corrugated zinc sheeting seeks to connect with the half-industrial and half-ephemeral buildings of the backyard. 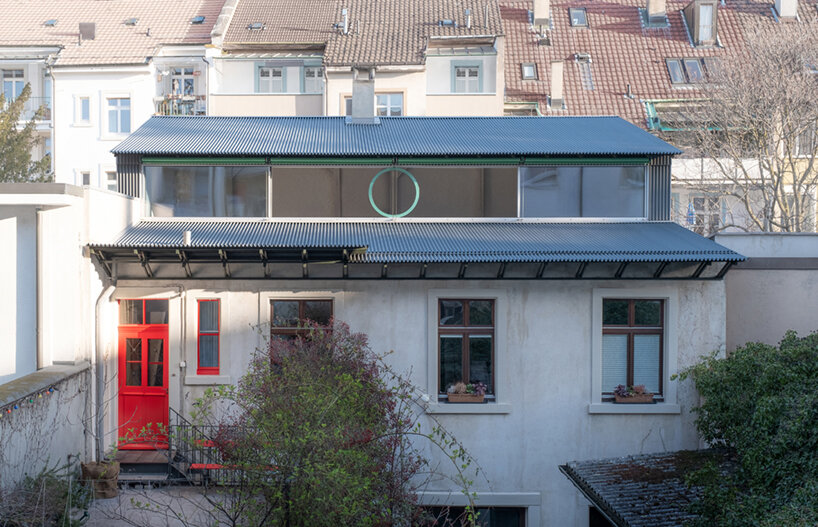 the team at piertzovanis toews celebrates the history of the building and its workshop through the details of the roof renovation. the workshop housed a lathe where numerous wooden products for the whole town were made — frames, railing rods, candle holders, along with drumsticks and pieces used for the basel carnival. a collection of the many found rods were repurposed to serve as molds for a unique, textural washbasin which expresses their imprints. meanwhile the load of the roof is carried by a central support. rather than disguising this focal structural element, the team highlights it as a vibrant circle, treating it ‘like a jewel.’ the only visible static element, this piece expresses lightness and joy rather than weight and support. 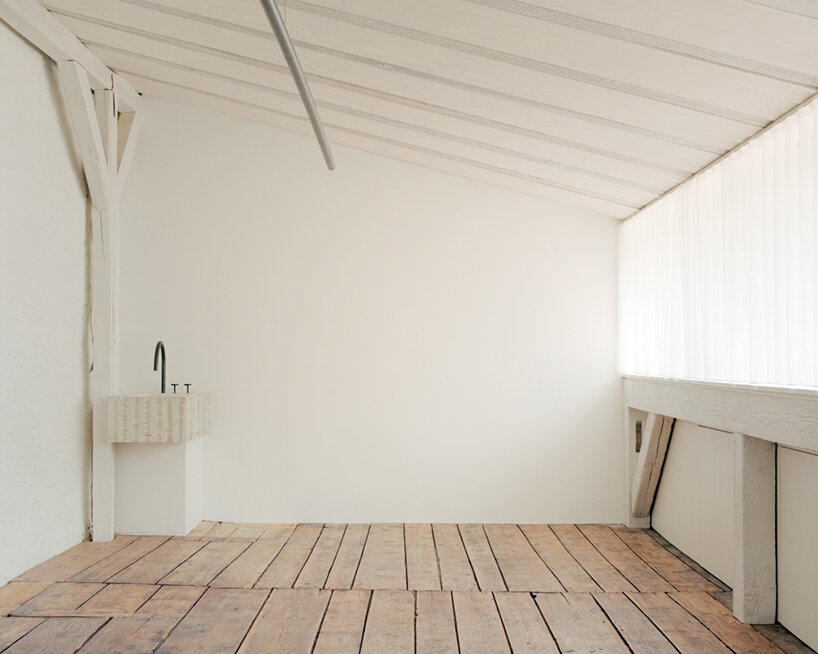 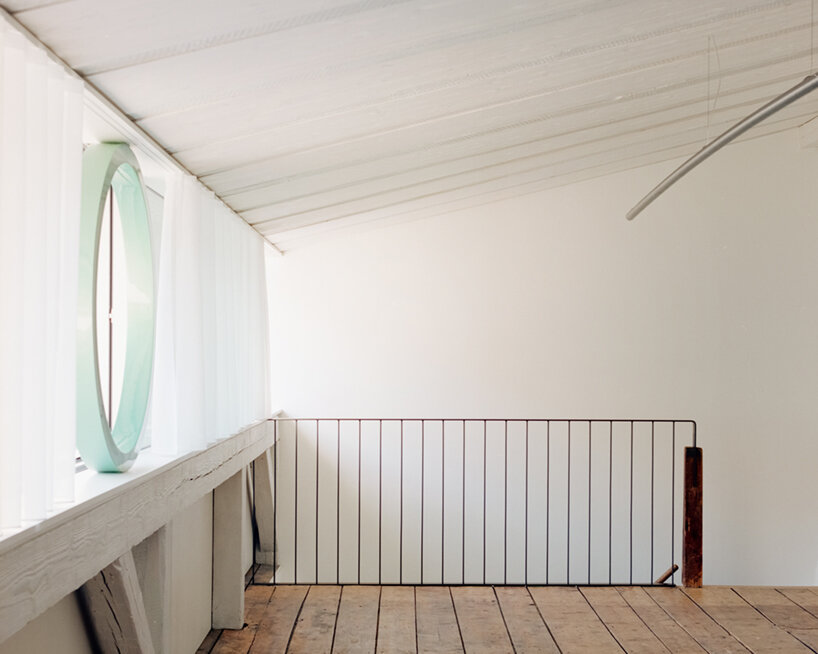 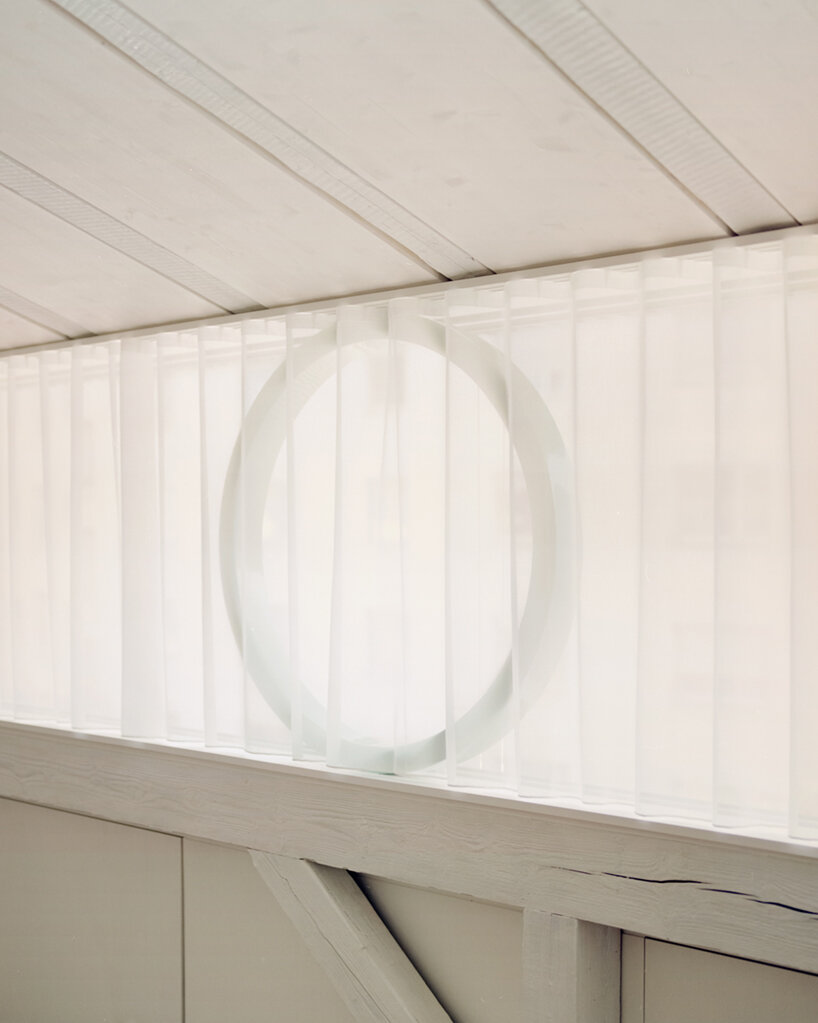 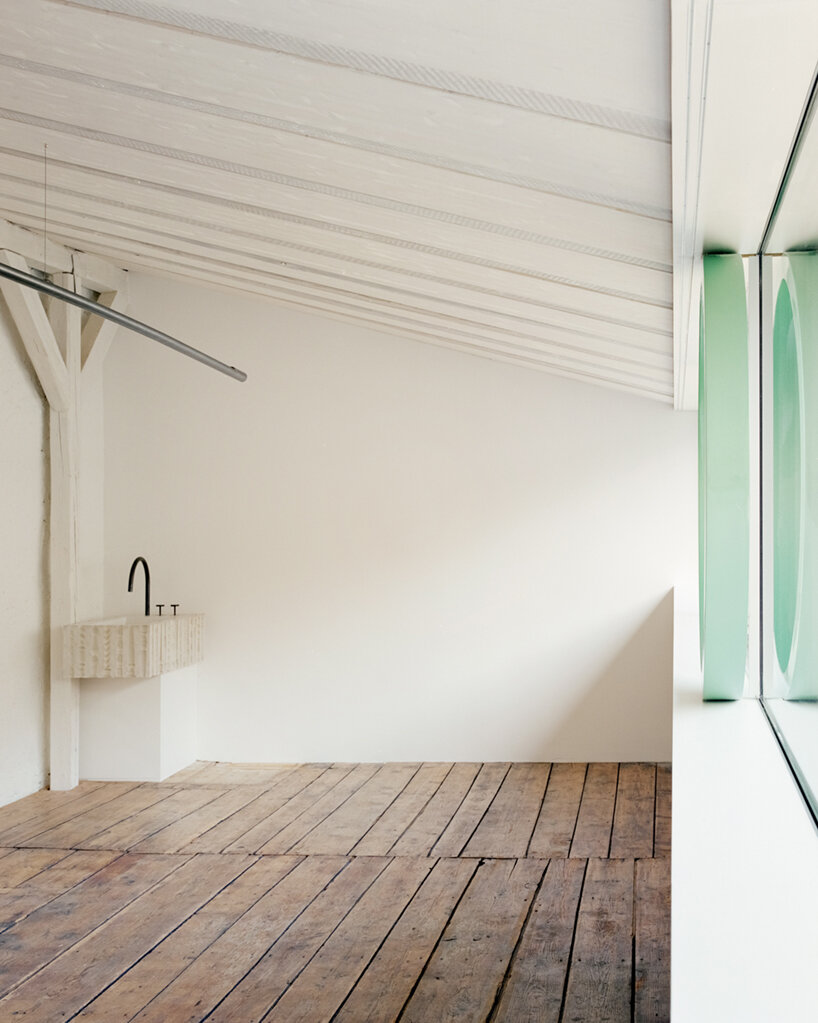 Vertical timber battens wrap around this Passivhaus hostel designed by architecture studio Blancodelprim to accommodate pilgrims on the famous route to Santiago de...

panic has unveiled playdate, a tiny 8-bit handheld video game system that feels more like a game boy than anything else. but you...

‘This is really, really bad’: scientists on the scorching US heatwave | Climate crisis in the American west