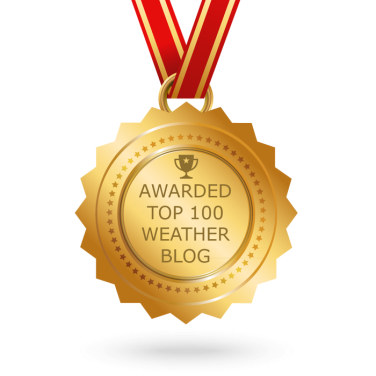 Please be aware, even though I do not post every night, rest assured I am continuously monitoring various areas for any significant weather.  I will be taking Sundays off (family time), unless we have active systems that may be posing a threat (i.e. Tropical, Winter Weather, Coastal Storms, etc.).
STORM WALSH PRE-SEASON FORECAST
TOTAL NAMED STORMS: 17 – 20
TOTAL HURRICANES :        7 – 9
MAJOR HURRICANES:       4 – 5

Good evening everyone
INVEST 94L has been upgraded to PTC (Potential Tropical Cyclone) SIX.  As of the initial advisory, the following was available on PTC SIX:
8:00 PM EDT Mon Aug 09
Location: 14.7°N 60.1°W
Moving: WNW at 15 mph
Min pressure: 1010 mb / 29.83 in
Max sustained: 35 mph
ABOUT 90 MI…145 KM ESE OF DOMINICA
ABOUT 135 MI…220 KM SE OF GUADELOUPE
Based on data from the NHC, the initial motion estimate is a somewhat uncertain 290/13 kt.  I currently agree on this, since the system is still in its initial formative stage.  In the formative stage, it is not unusual for the center to reform from previous estimated locations.  In fact, based on my analysis of current satellite loop imagery (SWIR channel), the center appears to be located somewhat SW of the heavy convection, which you’ll note in the animation.  The system looks much better defined and organized than it did yesterday, with convection much more consolidated.
WEATHERNERDS GOES SATELLITE IMAGERY ANIMATIONS The initial motion is determined to be WNW.  Based on the current steering layer, this seems to be the case.  The main flow near and over the Caribbean, is out of the east, which would give the system a westward motion.  However, this combined with a weakness noted over the Bahamas, averages out to a WNW influence on the system.  Based on my analysis of forecast steering, I have to concur at the moment with the NHC forecast track, in that a WNW motion should continue through the forecast period.  Now, this is all dependent on where the center of the LLC eventually develops, and how much of the system moves over Hispaniola in a couple of days.  Too much of it over land could disrupt the center enough, that when it exits back over water, a reformation could occur.  IF the system moves more north (just offshore or along the coast), the forecast track could stay intact as shown.  Of course, any changes between now and the 5 day period in steering winds will affect the accuracy of track as well.  So, for right now, based on my analysis, I agree with the NHC forecast track, however I am slightly right, inline with the consensus models TVCA and TVCE which are closer to FL. in the track guidance graphic from 18Z this afternoon.  Again, we know how quickly certain parameters can change, so at the moment, do not take this as written in stone, however this scenario seems the most plausible as of current.
CURRENT LAYER MEAN STEERING Maximum sustained winds associated with PTC SIX were 35 mph.  This is 4 mph from Tropical Storm status.  Analysis of the wind shear product from CIMSS indicated PTC SIX was under a low shear environment, and SST’s of 28.0C, with a possible beginning development of an upper level anticyclone.  Based on analysis of current wind shear forecast maps from the ECMWF and GFS (which both currently agree with the current shear pattern), upper level winds should remain conducive for slow development during the next 36 – 48 hours.  Thereafter, the SHIPS diagnostic report, and forecast shear maps tend to indicate shear may increase out of the SW.  This would have a tendency to limit intensification.  One other limiting factor, besides land interaction with Hispaniola later in the period, will be intermittent mid level dry air intrusion at 500 mb, analyzed in my analysis this evening of the 500 mb relative humidity forecast.  Based on analysis of the shear forecast from both the ECMWF and GFS up to that point, and analysis of the 200 mb streamline patter, conditions appear to be favorable for some gradual strengthening.  You will note the 200 mb pattern is not too favorable at the moment, however an outflow pattern does become more pronounced by 42 hours in the forecast period from 12Z this morning, which should allow for continued gradual strengthening up to the 48 hour period.  I imply gradual, as the setup is not optimal for upper level outflow, given the center of the system is forecast to be where I have the orange circle drawn.
ECMWF 200 MB STREAMLINE FORECAST Tropical Storm watches have been issued, and the following information is from the NHC advisories:

SUMMARY OF WATCHES AND WARNINGS IN EFFECT:

The following are projected 7 day total precipitation values from the ECMWF and GFS models, and the NCEP WPC.
ECMWF The following map will allow to to get information from your NWS office.
NWS WATCH / WARNING DISPLAY (LINKED…CLICK MAP, THEN YOUR AREA)

I will continue to monitor PTC SIX for any significant changes, and intend to update again tomorrow evening.

Watch to Watch on Disney Plus, HBO Max, and More: December 2021