Quiet But Not So Quiet. Miami Storms! Yellow Area with Low Chances. Areas Producing Repetitive Weather Not Tropical But…

Quiet But Not So Quiet. Miami Storms! Yellow Area with Low Chances. Areas Producing Repetitive Weather Not Tropical But… 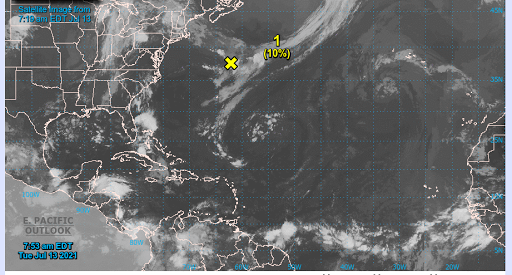 A small yellow X with 10% chances in the Atlantic.

Again fronts are a factor this July.

Will they be a factor in August?

The corridor from NJ to New England has been loaded with frequent summer storms. Tropical waves keep moving across the Atlantic and the South Florida/Miami area has been slammed day after day with summer rain. You probably think that’s common, however it’s common in May and June yet in July it tends to subside some but not this year. 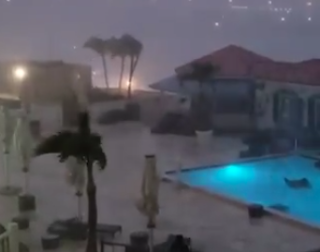 Dark and Stormy is a drink you rarely see in Miami. 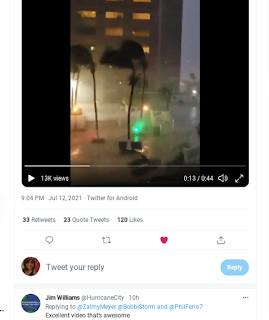 Turn the sound up… 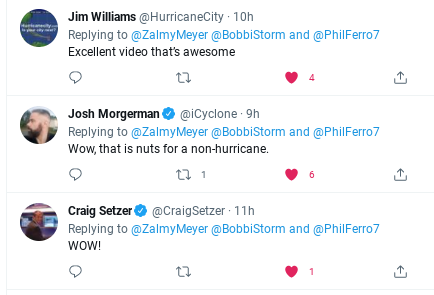 On a day with nothing in the tropics….

… except the dirty side of an Upper Level Low.

Could it develop a bit on the Northern end ?

Doubt it will get a yellow circle….

So sometimes nothing going on is a lot going on.

My son took that incredible video of a late day severe storm that trekked across South Florida with winds of 56 MPH and possibly higher in places where no one measured the wind speed. Palms swayed, sheets of rain and heavy pool furniture at a nearby hotel flew into the pool. I’m talking heavy boxy furniture that doesn’t usually move in such storms were lifted and danced around the pool deck until they floated in the pool.  The video is a must see video. My son loves photography, but usually he takes pictures of buildings, shadows and neon lights that play magically in the frequent puddles you see on South Beach. But he may have gotten a great taste of tropical weather that looked stronger than a few of our tropical storms of late. It’s what we call an Upper Level Low and they often have weather connected with them that brews up fast in microbursts that hit fast with a tropical punch that makes the locals not be so impressed by weak tropical storms.

As for me I have a very busy day today so keeping this short and reminding you to prepare for hurricane season. It’s not really about how many hurricanes form it’s about where they make landfall and how strong they are when they make landfall. It’s also about a heads up for possibly rapid intensification as the people who got hit by Charley and didn’t expect a Category 4 Hurricane from the way it looked a few days earlier will never forget Charley!

Sweet Tropical Dreams…. which for me mean I want a cortadito and a storm somewhere.

Ps… here’s some footage of Hurricane Charley a system that didn’t impress too much as it traced the Southwest Florida coastline veering inland rapidly just after it rapidly intensified!

Here4dBesthttp://here4dbest.com
Previous articleImpact raises $150M at a $1.5B valuation as affiliate and other marketing partnerships come into their own – TechCrunch
Next articleRising oil price may speed shift to electric vehicles, says energy watchdog | Oil

Kind of like the NHC saying:"yes we saw the models...."Note purple off the SE Coast also.But the blue bright purple warrants 20%Just really...

The 2021 Hurricane Season so far......this is what I call East Coast Loaded.It doesn't mean that some named storms will impact the Gulf...