Radiation from Laptops and Cordless Phones

Radiation from Laptops and Cordless Phones 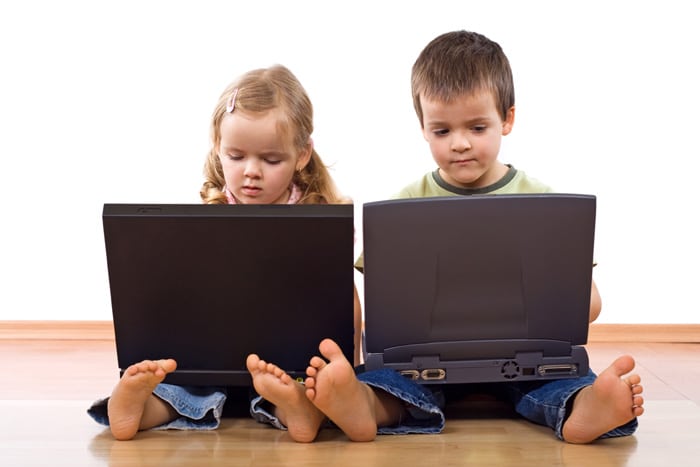 Now that I have my very own microwave (RF) radiation testing meter (it also tests magnetic and electrical activity), I can actually do my own testing on the various devices in my and my neighbour’s houses. I got an email from a reader asking me:

I have a question regarding laptops. Does keeping a laptop plugged in while using it, reduce the radiation emitted? (would it be like using a regular personal computer?) And if so, would it be safer to have a laptop plugged in, while the laptop was sitting on your lap? I also have a question regarding cordless phones. While the cordless phone is sitting on the base, not in use, is it still unsafe?

I know that Dr. Mercola recently ran a video series with an electromagnetic radiation expert and one of his headlines in his newsletter was to make sure you always had your laptop plugged in, since they emit way more radiation when running on battery power. Now, I don’t  know if they were referring to the millivolts (electricity) the laptop was giving off, or if they were referring to the microwave radiation from the laptop’s WiFi (wireless internet) connection.

This is why it helps to have your own meter, so you can test these things. Fortunately, I do not have any wireless internet in my house. So I couldn’t test for WiFi radiation when plugged vs. battery. But I did test my Apple laptop for electric fields in both millivolts and microamps per meter and it was the same whether the laptop was plugged in or running on battery power: 4.2 mV/m (millivolts per meter) at 1 foot away from screen and 9.8 uA/m (microamps per meter).

Caveat: You would need to test your particular brand of laptop to really know what’s going on though, since they vary widely between brands. Even within the same brand, different sized screens or models will give off different levels of radiation. For example, most of the 20″ – 21.5″ iMacs in my office run about 5.1 mV/m (millivolts per meter) at 6″ away from the screen, but the new 27″ iMac clocked in at 84 mV/m at 6″ away from the screen – I tested it because I noticed I didn’t feel very good after 4 or 5 hours working on it (fatigue, little bit of a headache). Even though 84 mV/m only falls under the “Slight Concern” column in the Institute for Baubiologie guidelines. By the time I pulled about 2′ away from the screen, the 27″ was down to only 9.2 mV/m. But still, I decided to listen to my gut and I sent it back and got a 21.5″ instead!

I don’t have a cordless phone in my house either, so I borrowed my neighbour’s to test it. Theirs is a Panasonic 5.8 GHz phone. Much to my surprise, when the phone is on the base (and there are no extensions around the house that are off the base), the EMR is only .1 – 3.2 uW/m2 (microwatts per square meter), which is in the “No” to “Slight Concern” range.

However, when in operation, the radiation jumped to 900 uW/m2 when dialing and 300 uW/m2 when talking. Even when you were 50 feet away from the handset or the base, you were still getting 250-300 uW/m2 of microwave radiation! This is in the “Severe Concern” range – above 1000 is “Extreme Concern”.

My Dad has fought me hard to keep a cordless phone in his house, so it was a relief to have this data to know that, when my kids are in his house, we do not have to actually unplug the cordless, as long as no one uses it. And knowing the data, he has said he will only use it for short periods or in very specific situations – most of the time he will use the corded phones. I got him a top of the line Panasonic corded phone with a powerful speakerphone, so he can still be hands-free if he wishes.

Anyway, hope this info helps those of you who were wondering the same things! And remember that if you are suffering from chronic illness, have young children, or elderly in the house, you really should avoid microwave radiation in your home, for the sake of your health.

Here4dBesthttp://here4dbest.com
Previous articleHas a gray horse ever won the Kentucky Derby?
Next articleWarning Signs of Addiction that You Need to Know

What You Need to Know