The 13-time champion improved to a 105-2 match record at the clay-court Grand Slam following a 6-3, 4-6, 6-4, 6-0 victory over Argentine 10th seed Diego Schwartzman in two hours and 45 minutes on Court Philippe-Chatrier.

Nadal, who is bidding to capture a record 21st major crown, lost the final three games of the second set in front of 5,000 spectators, but regrouped in the third set and from a 3-4 deficit put his foot down to win nine straight games, and 20 of 21 service points in a row.

“I started badly in the second set, then I was able to come back,” said Nadal. “But at 4-4, returning with the wind, I played a bad game and hit a double fault in the next game. I needed to play more aggressively and I did so throughout the rest of the match. I won an important match today against a tough opponent. I was able to find a way to play my best tennis in the moments that I really needed to.“

He will next challenge World No. 1 Novak Djokovic, the 2016 champion with 18 major trophies, or ninth-seeded Italian Matteo Berrettini in Friday’s semi-finals. Nadal trails Djokovic 28-29 in their legendary ATP Head2Head series, but the 35-year-old won their last match in the Internazionali BNL d’Italia final in Rome. Nadal is 1-0 against Berrettini.

Nadal has compiled a 23-3 match record on the season, which also includes the Barcelona Open Banc Sabadell title (d. Tsitsipas). He is through to his 35th Grand Slam semi-final and is 26-0 once he reaches the Roland Garros semi-finals. 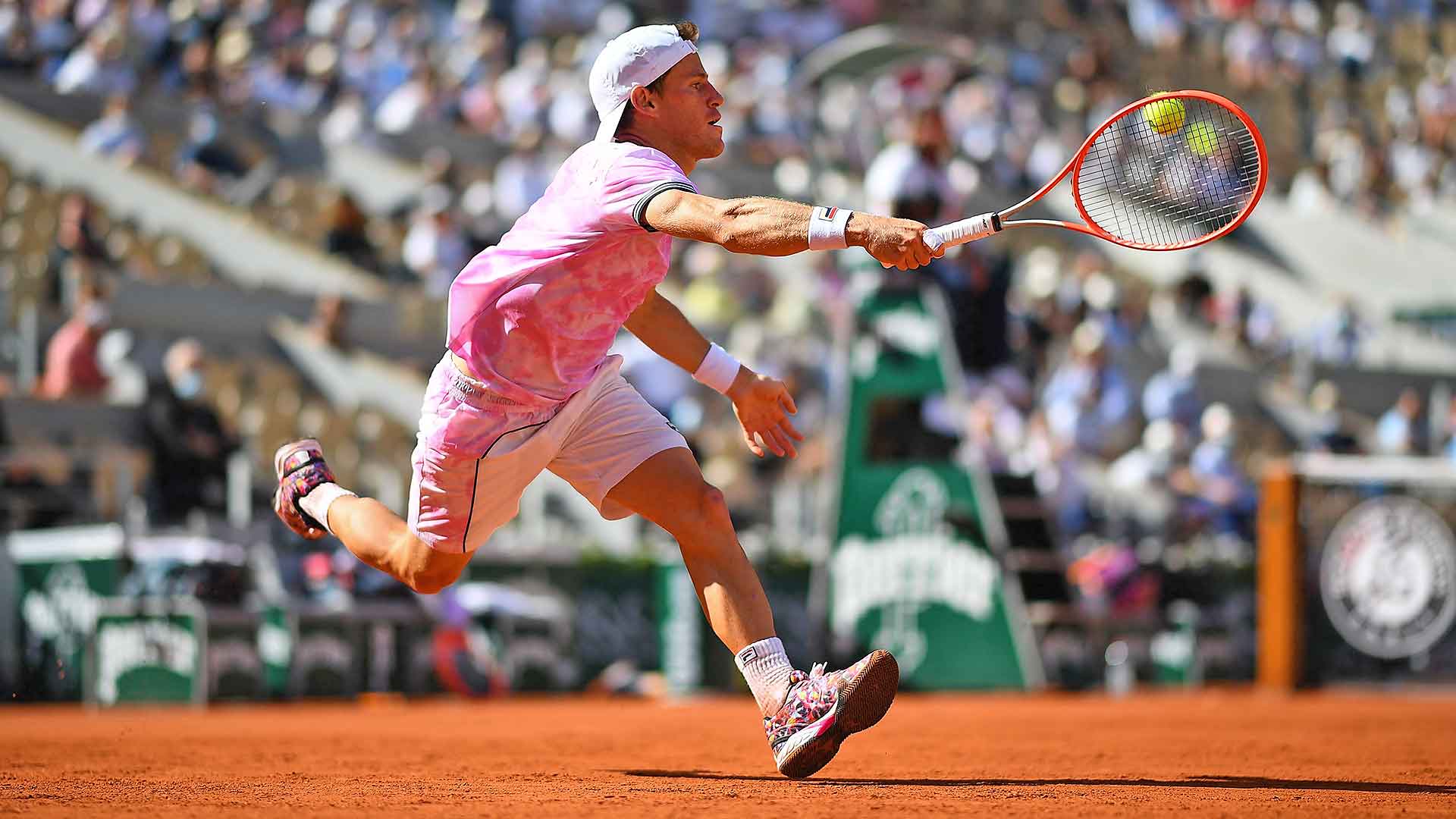 Schwartzman came under early pressure and saved two break points in the fourth game, but once Nadal began to dictate with his forehand, a service break became a certainty. Nadal took a 4-2 lead with a powerful forehand winner down the line, but Schwartzman responded to claim the seventh game with a backhand winner. Schwartzman, forced to hit groundstrokes high above his shoulders, had no time to rest and errors crept into the Argentine’s game. Nadal put his foot down to break serve for a second time, then completed the 42-minute opener — for his 36th straight set at the major championship — with a forehand approach winner.

Undaunted, Schwartzman won 12 of the first 16 points in the second set to take a 3-0 lead. While Nadal recovered to 3-3, Schwartzman won the final three games of the 47-minute set, which ended when he struck a deep backhand off a Nadal drop shot. Nadal mis-hit a forehand response, breaking his Roland Garros sets streak that dated back to his 6-3, 5-7, 6-1, 6-1 win over Dominic Thiem in the 2019 final.

Schwartzman’s belief only grew and he started to match Nadal in punishing rallies from the baseline. It wasn’t until 4-4 in the third set that Nadal stepped into the court and came to the net, cutting down Schwartzman’s time to recover. The Spaniard clinched the crucial break and closed out to love in the next game once Schwartzman had hit a forehand into the net. From 3-4 down in the third set, Nadal didn’t let up and won nine games in a row to continue his quest for an 89th tour-level trophy.

Schwartzman, who had not dropped a set in four matches en route to the Roland Garros quarter-finals, is now 16-11 on the season that includes a fourth ATP Tour title at the Argentina Open in Buenos Aires (d. F. Cerundolo). He had come into the major with a 2-5 record on the spring European clay swing. Last year, the 28-year-old beat Nadal in Rome, but lost to the same player 6-3, 6-3, 7-6(0) in the Roland Garros semi-finals.