In the #15 United Rentals Dallara-Honda Rahal worked his way to the front from 18th at the start thanks to impressive fuel saving, which allowed him to get a taste of the race lead on two occasions.

But pitting from the lead on lap 118, Rahal left the pits without his left rear tire properly attached to his car.

Rahal spun on the warm-up lane as his wheel rolled off, sending him into the Turn 2 wall. The wheel bounced off the wall and came down on the nose of Conor Daly’s Ed Carpenter Racing car causing just enough damage to take Daly out of contention.

Despite rejoining the race with 82 laps to go Rahal said he would have been able to make it to the end of the 200-lap race on one more stop and was convinced he had the strategy to win the race.

“I really think we had them today, I really do,” Rahal said. “We were good on one more stop and everybody else needed two.

“I can’t tell you how bad this one stings, but we win as a team, we lose as a team.

“From a strategy standpoint we saved the fuel, we were kicking their butts on the fuel save, we were looking really good at the end to maybe even do just one more stop.

“I know there’s a long way to go but the fuel numbers we were getting; we actually short pitted the last time and could have gone a little bit further but these day.

“These [Indy 500s] don’t come around very often. Definitely today I thought we had ’em.”

Last year’s winner Takuma Sato also banked on a late yellow in a remarkable clean race, which stayed green until the finish after Rahal’s incident, becoming the fastest Indy 500 in history.

The lack of yellows meant Sato’s bold fuel strategy didn’t pay off. Realising the Japanese veteran wasn’t going to make it on fuel, RLL brought the No. 30 Panasonic Dallara-Honda in for a late splash, which dropped him from the lead to his finishing position of 14th.

“The race was bitter and sour for us. It was really a tough decision to go through the final stint to save the fuel. We had to rely on a miracle for a yellow, which didn’t happen.

“Before that we were P6-P7, actually just behind Helio. The team tried really hard to pull off the win but today wasn’t the day.” 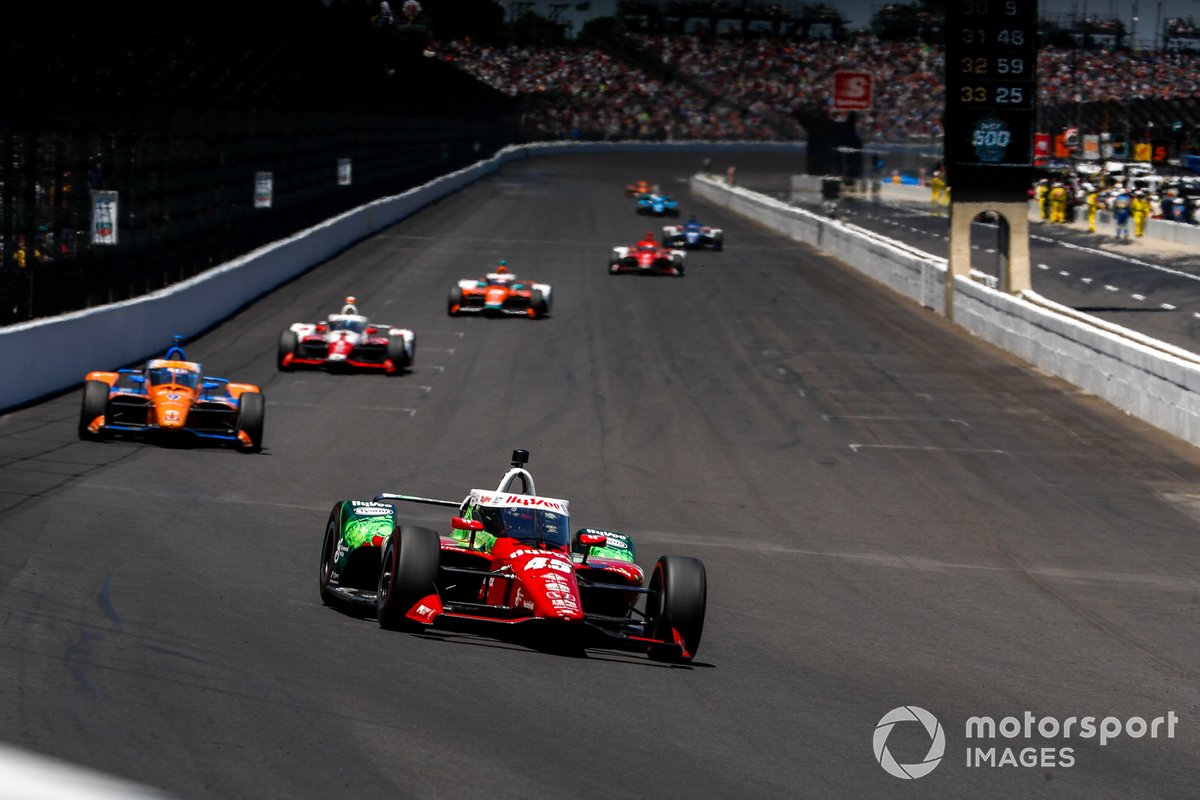 Ferrucci was one of several drivers who had to make an emergency pitstop running out of fuel during the first yellow, but the 2019 Indy 500 rookie of the year gradually worked his way up to finish sixth, a short distance behind the leading group.

Ferrucci praised his team for an “incredible race” but said he ran out of laps to move up even further in the No. 45 Hy-Vee Dallara-Honda.

“It feels incredible. We had a great race,” said Ferrucci, who left a full-time IndyCar seat to race in the NASCAR Xfinity Series in 2021.

“We were really quick, we just couldn’t get lucky on the starts and restarts. Strategy played a big part in this race, and we were able to save enough fuel to run as hard as we could at the end there.

“We were slowly reeling in the lead group, just needed a few more laps.”

Past F1 success in Austria no guarantee of 2021 wins

F1 will stage back-to-back races at the Red Bull Ring over the next two weekends, starting with the Styrian Grand Prix on...

The Italian first injured his knee in a training incident last month, which first became known to the world when he fell...

Looking Back at the Best in Tech

What Does the Benzene in Sunscreen Study Actually Mean?