Raikkonen is currently the oldest driver on the F1 grid and will turn 42 before the end of the season, with his current deal at Alfa Romeo expiring ahead of the 2022 campaign.

The 2007 world champion has endured a tricky start to the 2021 season that has seen him score just a single point in the opening nine races, finishing 10th in Azerbaijan.

Raikkonen has also struggled to match team-mate Antonio Giovinazzi’s qualifying form so far this year, trailing the Italian 7-2 on Saturdays and dropping out in Q1 at the last three races.

Alfa Romeo is one of the few teams with two open seats remaining for 2022, with both Raikkonen and Giovinazzi currently on one-year deals.

But Vasseur made clear that it was “far too early” to discuss Raikkonen’s future for 2022 given how long there was remaining in the campaign.

“We are working together,” Vasseur said when asked about Raikkonen’s plans for 2022.

“We have tons of races in a row in the last two or three months, and I think that we’ll discuss together on the last part of the season, not before.”

Alfa Romeo did not announce that Raikkonen and Giovinazzi would be staying for another season until October last year, sticking with the same line-up for a third straight year.

But the team could be an important part of the driver market for next season should any drivers be left seeking a drive.

Ferrari can place one of its juniors at the team – the seat currently occupied by Giovinazzi – and has 2020 F2 runner-up Callum Ilott currently operating in a reserve role with Alfa Romeo.

Fellow Ferrari youngster Mick Schumacher, who drives for Haas, has also been linked with a possible move across to Alfa Romeo. 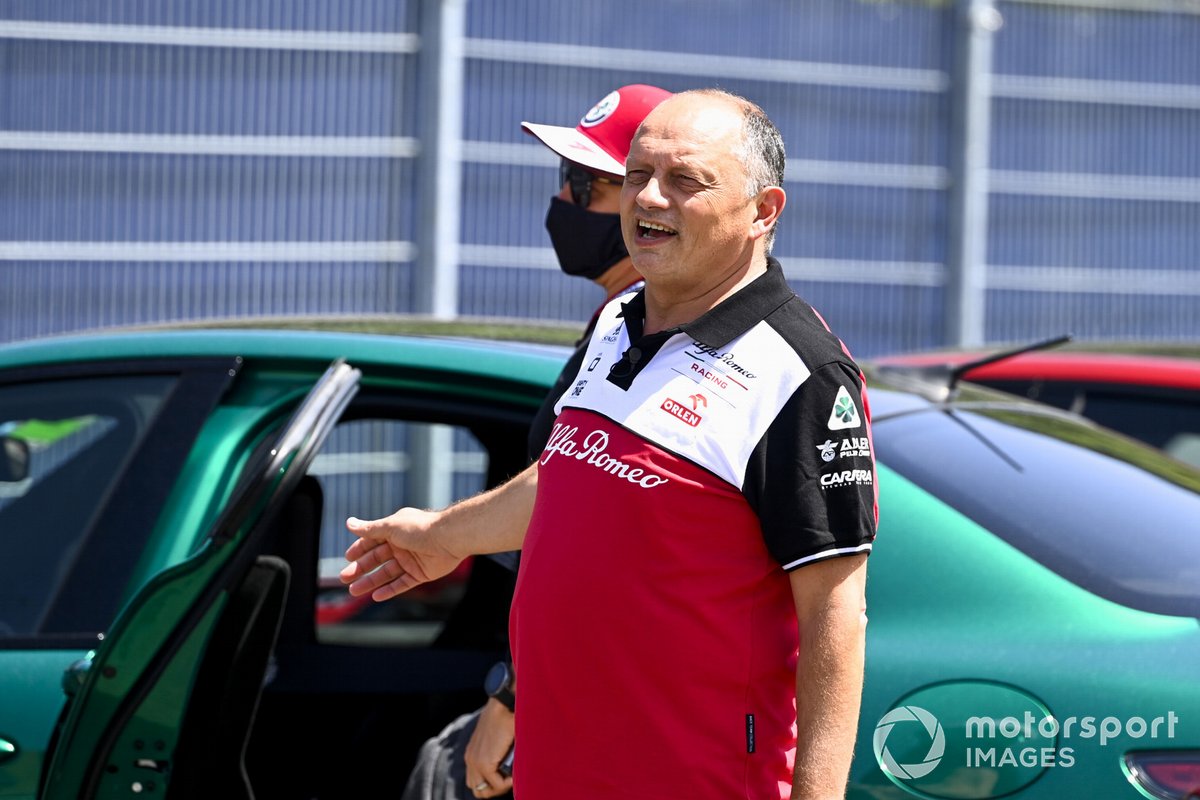 Vasseur explained that it was good to keep both Raikkonen and Giovinazzi under pressure over their future by avoiding an early decision on the line-up for next year.

“To keep the system under pressure is always a good thing,” Vasseur said.

“Secondly, we don’t know what could happen around us in the junior series, at the top of the field and so on. You don’t have to take this kind of commitment today.

“We know perfectly that the grid will be fulfilled by the top, that Mr. Toto Wolff will take his own decision and then Mr. Horner, and then at one stage it will come to us.

“But no, we are not in a rush to take this kind of decision. Things are moving, for sure we have the question mark around Kimi, but Antonio is improving and I want to keep the same buzz until the end of the season.”