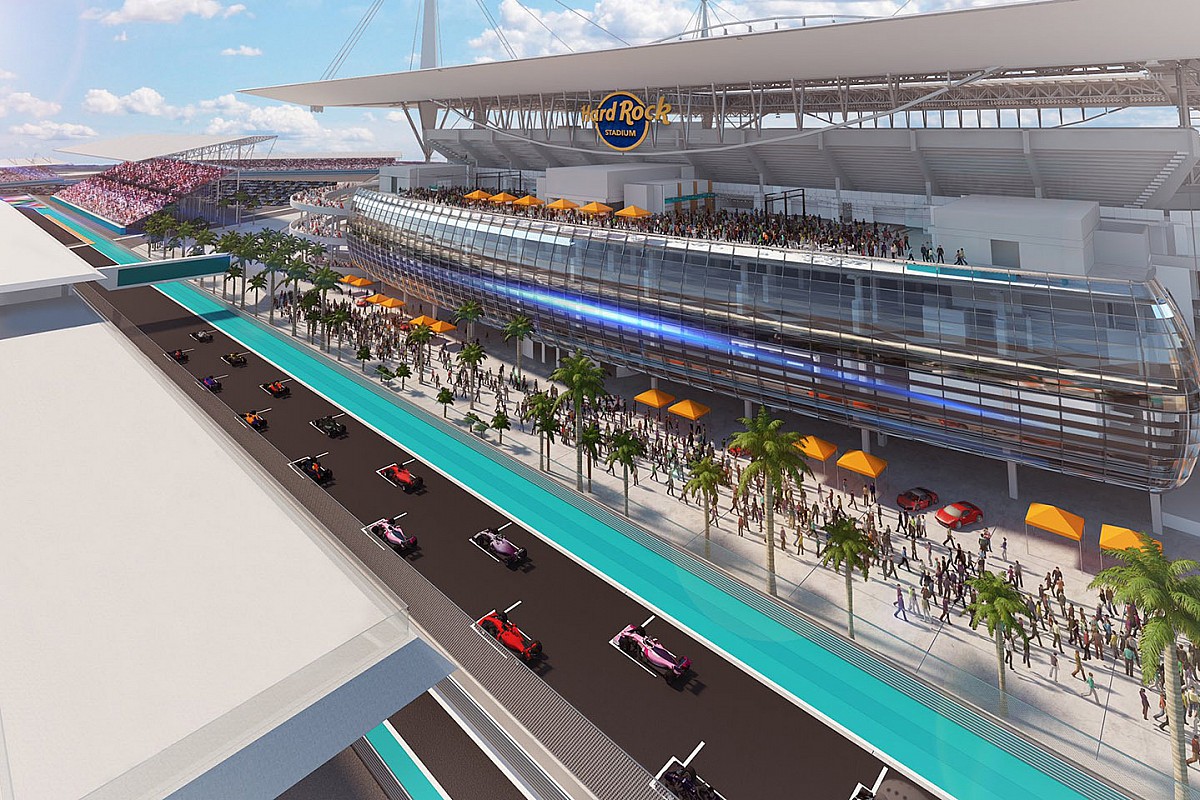 If successful, it would lead to a memorandum of understanding between the city, the Miami Dophins organisation and F1 to hold the race on a purpose-built circuit around the Hard Rock Stadium, home of the Dolphins NFL team.

Miami Gardens is a city 16 miles north of Miami, and its council will vote next Wednesday on the new resolution, which is being put forward by the Mayor with the backing of real estate billionaire Stephen Ross, who signed a deal in 2019 with F1 to promote the race.

Ross’s previous efforts have been derailed by opposition from local residents, who in October launched a civil rights lawsuit against Miami-Dade County, the Miami Dolphins organisation (which Ross owns) and Formula 1 for racial discrimination – Miami Gardens, home to 113,000 residents, is a majority African-American city.

It also marks a U-turn from Harris, who voted against the initial event bid at the Hard Rock Stadium when he was a city councilman in 2019.

In the proposed memorandum of understanding it actively promotes Miami Gardens as “as the first majority African-American city to host a Formula 1 race of the 23 cities around the world that host a Formula 1 Grand Prix”.

It also pledges $5million to fund community benefits programs and businesses in the city, and a STEM program for local children that F1 will implement.

The track layout has already been altered to appease locals, as it was re-designed to avoid using 199th Street, meaning the arterial route can be kept open throughout the race weekend. The Dolphins organisation has also pledged to erect noise mitigation barriers and monitor air quality and noise throughout the event.

The Miami Gardens activists’ group, led by former Miami-Dade commissioner Betty Ferguson, say they will continue to fight against the race from going ahead.

“It goes against everything the community stood for,” Ferguson told The Miami Herald. “I don’t know who [the council] think they are representing if they support this resolution but it won’t be the homeowners.”

Initial plans to host the event on the streets of the City of Miami were thwarted by a local residents group, which quashed the downtown bid on the grounds of noise pollution and the disruption it would cause.

Here4dBesthttp://here4dbest.com
Previous articleWant EA to Adjust Your Game Difficulty for You?
Next articleSprint Cars Of New England Inks Title Sponsor

With Pirelli’s investigation into the failures suffered by Lance Stroll and Max Verstappen at the Azerbaijan Grand Prix concluding that the way...

Both drivers suffered left rear blow outs in the Baku race, with the initial suspicion pointing to debris being the cause of...

The Delta variant is spreading. What does it mean for the US? | Coronavirus