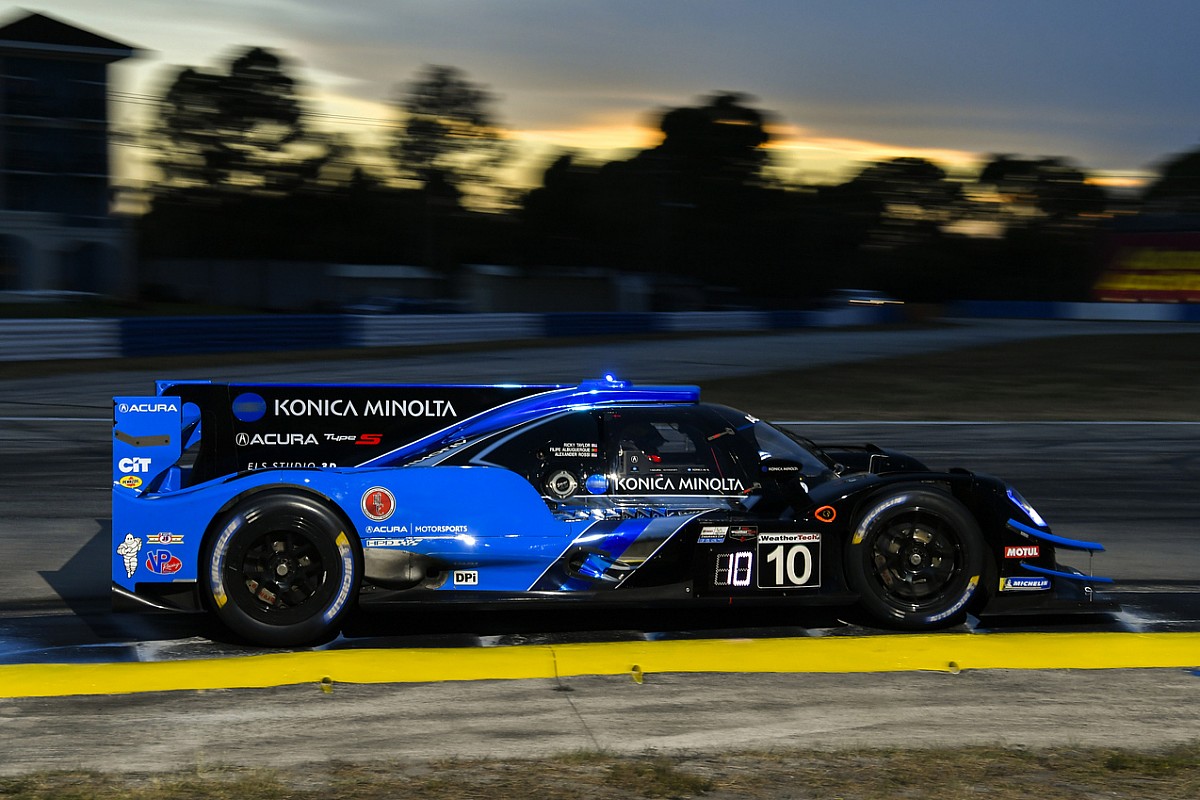 As the shortest of the IMSA WeatherTech SportsCar Championship’s ‘endurance’ races, the race doesn’t always entail a team running a third driver, and even Rossi himself wasn’t expecting a call-up.

However, Rossi, who joined the team’s full-timers Ricky Taylor and Filip Albuquerque, along with Helio Castroneves, in winning the Rolex 24 Hours at Daytona, said he was thrilled to get the opportunity to race at the 3.4-mile venue in upstate New York, a track where he won in IndyCar back in 2017.

“Thrilled to get the opportunity to go back and race at Watkins Glen as it is one of my favorite tracks in the world,” said Rossi. “I wasn’t originally planning on joining WTR and Acura for this event, but I will do everything in my power to assist them on and off the track to ensure they continue to be in control of this championship.”
WTR currently leads the IMSA Prototype championship by 71 points over Mazda’s Oliver Jarvis and Harry Tincknell, but hasn’t won at Watkins Glen since 2011.
Said team owner Wayne Taylor: “The Six Hours of Watkins Glen is always one of my favorite races. I never won there as a driver which is disappointing, but I’ve won it as a team owner. It’s a real road course like the old days in Formula 1.

“We had a relatively good race in Detroit, but I’m feeling much more confident going into this one. More high speed on a track which is good for our car.

“We’re bringing Rossi back on board for this race. Under normal circumstances we wouldn’t bring a third driver, but since it could be hot, we’ll need someone else.

“Ricky and Filipe do such a good job together. I can’t wait to get back.”

Son Ricky Taylor, a former winner at the Glen, said: “So far our season has been right on schedule. The team is executing well. We survived Detroit with a strong result [third place] at a track that was earmarked as one of the more difficult races for us.

“Now we go to Watkins Glen where we should have a very strong performance. It’s been 10 years since the #10 Konica Minolta team’s last win there, so it would be sweet to get another.”
Albuquerque, who scored back to back victories here with Action Express Racing in 2016/’17 agreed with Taylor that Detroit “was not a track for us” and that “Watkins Glen is a track that suits our car.”

He went on: “I hope we have the advantage in terms of speed compared to the Cadillacs and we can grab the win. It’s not always the fastest car that wins, but the team that has the least number of mistakes and leads the last lap.

“I’m excited about Watkins Glen especially because we had a very successful test here recently.”