Antonio Rudiger says he has personally contacted Kevin de Bruyne after a collision between the two forced the Man City star off the pitch in the Champions League final.

With City already 1-0 down, they lost their influential captain in the 60th minute. The Belgian left the field in tears and in visible pain following the coming together. It was a big blow for Pep Guardiola’s side, who went on to lose the all-English decider.

After a trip to hospital, the injuries de Bruyne suffered have since been revealed. He was left with an acute nose bone fracture and left orbital fracture. He confirmed the diagnosis in a defiant post on Twitter.

Some have suggested that Rudiger should have faced harsher punishment. The German was given a yellow card, but it has been argued that it was worthy of a dismissal.

Belgium coach Roberto Martinez is amongst them, labelling the Chelsea defender as reckless.

But Rudiger has moved to defend himself, stating he did not mean to hurt de Bruyne.

He said on Twitter (via the Mirror): “I’m really sorry for Kevin de Buryne’s injury. Of course this was not intentional from me. 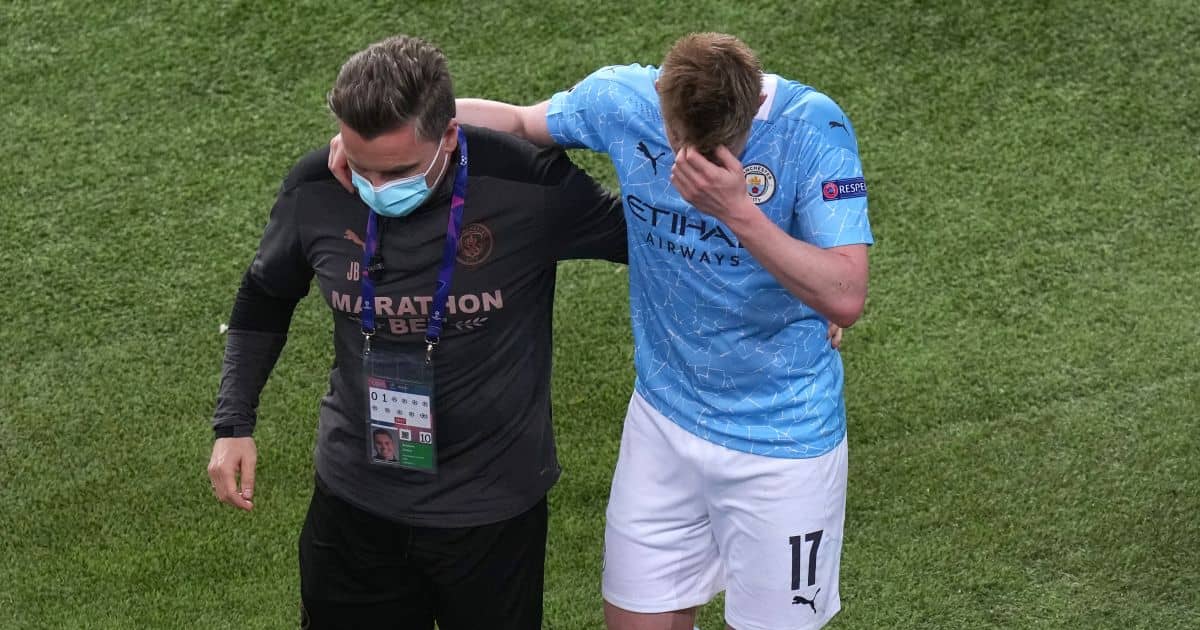 “I’ve already been in touch with Kevin personally and I really wish him a speedy recovery and hope we can see him back on the pitch very soon again.”

The fractures makes de Bruyne as a major doubt for the upcoming EUROs. He had been expected to play a starring role for Belgium, who play their first game of the tournament on Saturday 12th June.

That leaves him in a race against time to feature, although wearing a protective face mask could improve his chances.

READ MORE: A Chelsea player has decided to extend his stay at Stamford Bridge following the European success.