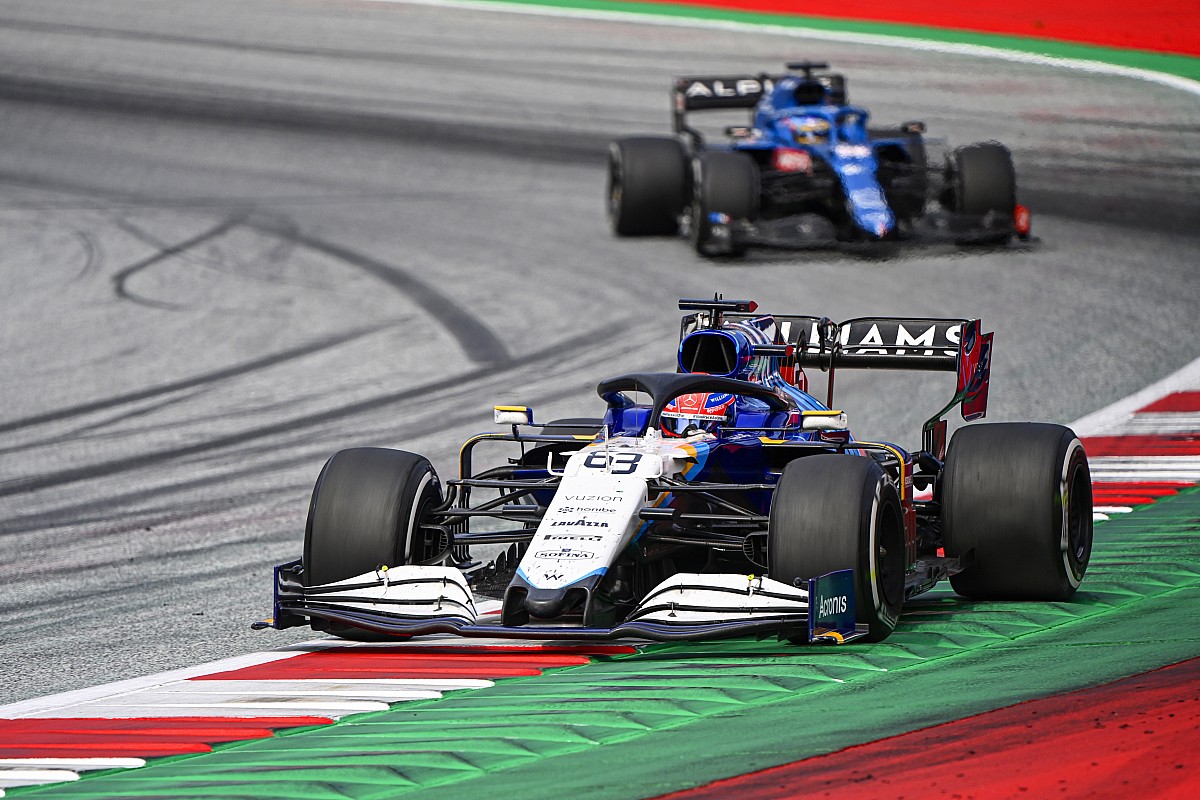 Russell delivered Williams’ first Q3 appearance in almost three years on Saturday at the Red Bull Ring, and started the race eighth after a grid penalty for Sebastian Vettel.

Russell dropped to 12th on the opening lap after being forced to “slam on the brakes to avoid an incident” with Yuki Tsunoda, but remained in contention for points on a one-stop strategy.

After moving up to 10th with 20 laps to go, Russell’s pursuit for a point boiled down to a late battle with two-time world champion Alonso, who began attacking Russell in the final 10 laps.

Russell was able to defend from Alonso at Turn 4 on a number of occasions, but was powerless to stop the Alpine driver from getting the move done with five laps remaining, leaving the British driver 11th at the chequered flag.

“I’ve been in F1 for three years now, but that was the first time I’ve really battled with anybody,” Russell said after the race.

“I’ve had a couple of overtakes here and there, but I’ve never had a wheel-to-wheel battle, so I’m pleased that I held my own and didn’t do anything crazy or silly. For what it was worth, it was quite good fun.

“If you could choose anybody to have behind you in that situation, you wouldn’t choose Fernando. He didn’t make it easy.”

The result saw Williams’ hunt for points continue after being denied the chance in Austria one week earlier when Russell retired due to a power unit issue whilst running eighth.

But Russell said he was “not that disheartened” when he realised his chance at points had slipped away, believing Alonso was always going to overtake him eventually.

“Ultimately you get what you deserve, and those guys were faster than us,” Russell said.

“We did a great job yesterday over one lap, but they were inherently that bit faster than us and were always going to come through.

“It’s another race where we finished just outside the points with no top cars retiring. It almost seems typical, P11, every single car finished bar [Esteban] Ocon, who was behind us.

“Overall, it’s been very promising, and I think we’re making some good progress.”

As of 1am Sunday the Victorian government has moved Townsville off its border red zone list and reclassified it as an orange...

Germany and California – Watts Up With That?