Sainz has typically been a good starter throughout his F1 career to date, but lost positions to Daniel Ricciardo and Sergio Perez on the opening lap in Barcelona, slipping from sixth to eighth.

The 26-year-old was unable to re-pass the drivers and became stuck in the midfield fight while Ferrari team-mate Charles Leclerc pulled clear after starting fourth, ultimately finishing 20 seconds up the road at the chequered flag.

Sainz lost positions off the line on debut in Bahrain before making gains at both Imola and Portimao, giving him an average of zero places made up on the first lap of races so far this year. 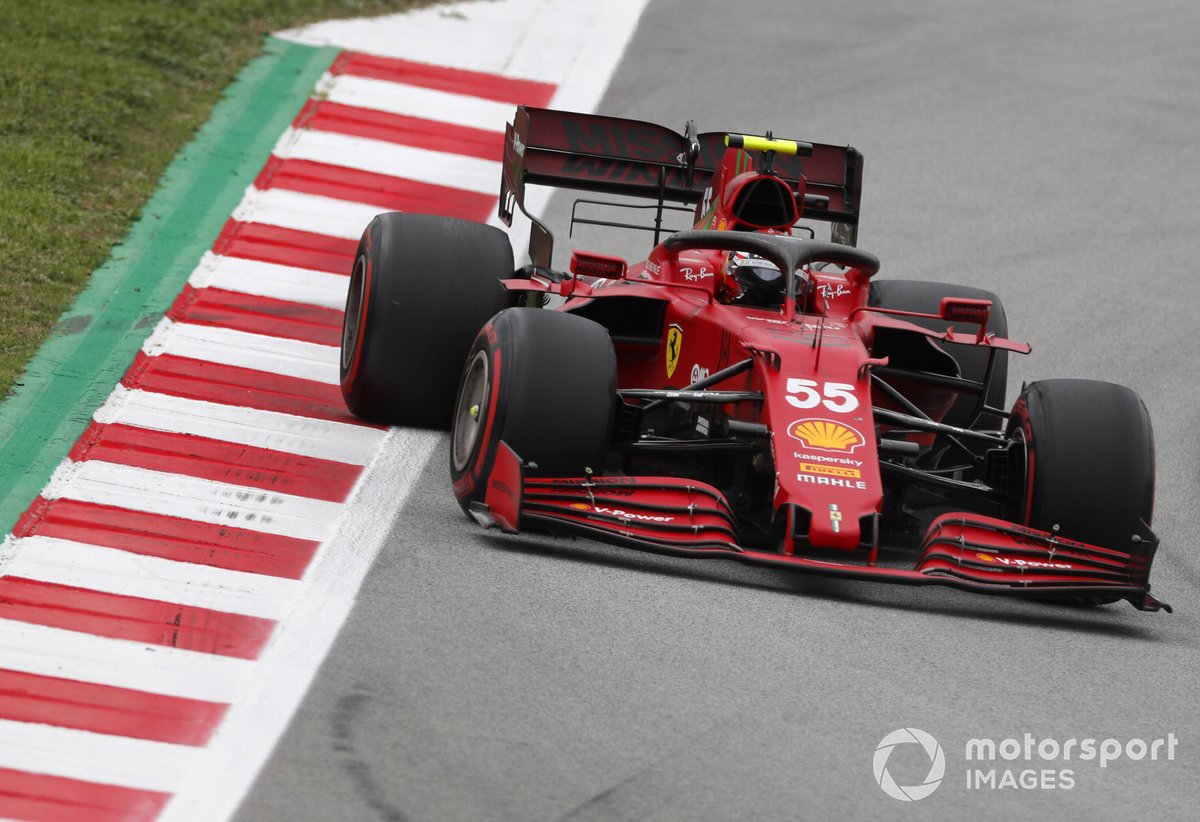 The Spaniard explained that he was aware of his struggles at the start and was already discussing them with Ferrari in a bid to gain confidence, and build a better understanding following his winter switch from McLaren.

“I was just going through a bit of analysis with my engineers 10 minutes ago, trying to understand what I could have done better,” Sainz said following the race in Spain.

“What is clear is that I still need to get a bit better and a bit more confident with the start system, and the way we operate to get that perfect launch and the perfect first 100 metres.

“Although today, I don’t think that was the main limitation, the main limitation of it was the positioning, getting in and out of the slipstream and then being boxed in behind [Esteban] Ocon going into Turn 1 and losing quite a bit of positions to the cars around the outside.

“It’s a combination of factors to get that perfect result like Charles did. You need to first of all put the weekend completely together, and it comes to a good qualifying to make a good lap in Q3 to start further ahead. Then it wouldn’t have been an issue and then making the start.

“This is what I was particularly good at McLaren, putting the whole weekend together, and this is what I need to keep improving as the races go on with this team, to keep performing at the highest possible level.”

Sainz sits eighth in the F1 drivers’ championship after four races this year with half of Leclerc’s points total, recording a best finish of fifth in Portugal.

Schumacher sitting in a “crooked” position since start of F1 2021

The German driver says the situation does not impact his driving performance and that his team plans to implement a fix after...

After a lacklustre season final in 2020, Yas Marina chiefs have worked hard to revamp its circuit layout which it felt did...

Khloé Kardashian and the Secret Power of the ‘Unflattering’ Celebrity Photo