Schumacher was left furious with Mazepin after the Russian aggressively chopped across the front of him as they ran to the chequered flag at the Azerbaijan Grand Prix.

After the race, Steiner had talks with both of them to draw a line under the matter and try to ensure that there would not be repeat trouble further down the road.

Ahead of the French Grand Prix, Steiner said he hoped the clear the air talks were enough, but he also suggested the falling out had been made out to be much bigger than it was.

Reacting to repeated questions from the media about the situation, Steiner said: “If it affects the future, I don’t know. I don’t have a crystal ball.

“This is normal and it happens because, in the moment, our guys, they fight between each other. If it would have happened not to a team-mate, it would not have created this much of a story, I would say. 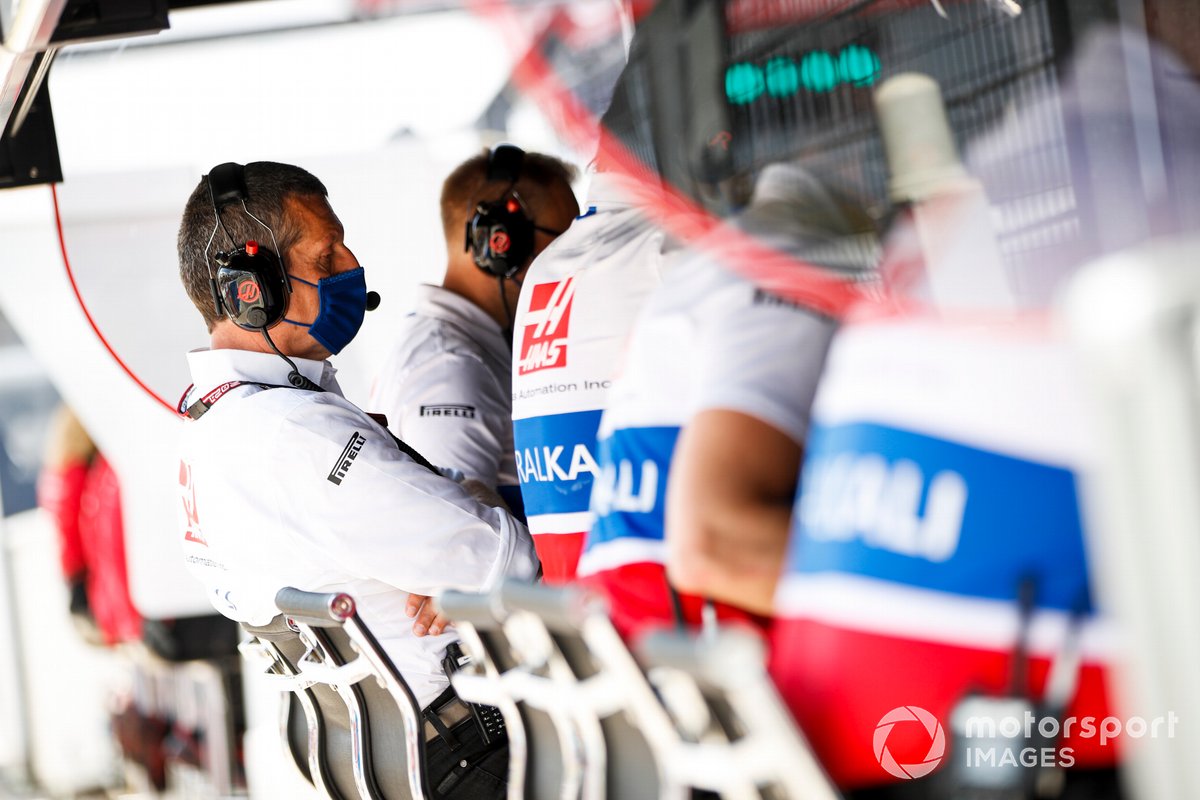 Steiner felt that much of the responsibility for dealing with how they battled each other from now on was down to the drivers, as he could not control what they did in the cars.

“When they are out there, how should I keep them on a tight leash?” he said.

“I think both of them are young and they’ve got an ego, you know, and they want to be seen to be strong. So only the future with tell what is happening.

“But I will not be driving the car. I think we agreed on something. And that is we just keep on going and hopefully it doesn’t happen again.

“Can I give you a 100% assurance that it doesn’t happen again? No way, they are race car drivers, you know. They’re competitive people and there will be incidents again, and we will deal with them again.

“Otherwise, it’s getting boring anyway, but I hope they learned the lesson out of this.”

Steiner reckoned that a bit of rivalry between his drivers was not such a bad thing either, as it at least gave them something to fight for.

“At least they’ve got some target,” he said. “Otherwise, if they had nothing, if they just go in circles, that is not stimulating, or doesn’t get the best out of them.

“Obviously, I need to explain to them also that – if it goes wrong – it’s not constructive. It didn’t go wrong luckily, and that it is what it is.”

In addition the team has requested a separate process, a right of review, and says that it has “discovered significant new evidence”...

Sainz recovered from a crash in qualifying to rise from 14th to sixth in the early stages of Sunday’s race following the...

Race Matters: “How Does It Feel to Be One of the Few Black People in Your Industry?”

What Are Vampire Facial and PRP Treatments | Expert Tips

DoubleTree by Hilton to Launch in Bahrain