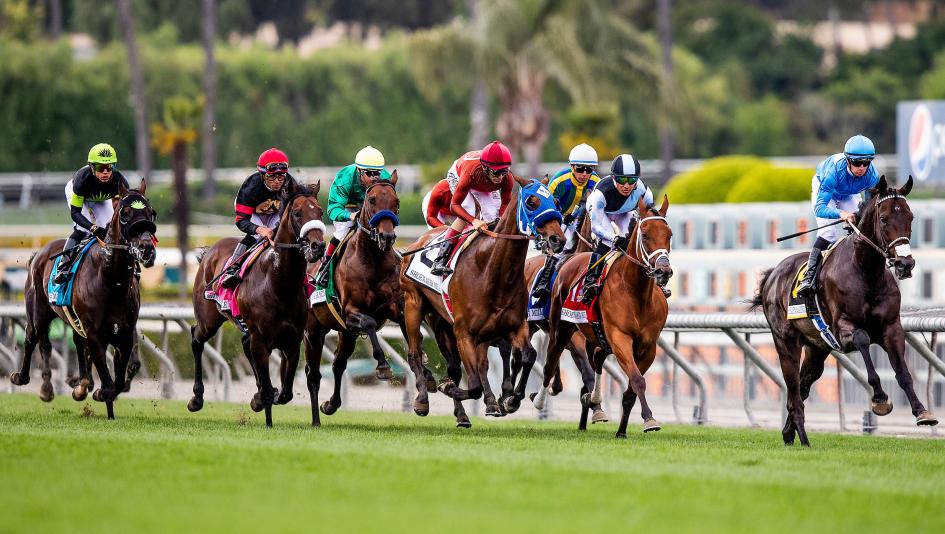 Some of the country’s top horses will square off in the Challenge Series races, looking to earn “Win and You’re In” automatic berths in the starting gate for the Breeders’ Cup World Championships on Nov. 5 and 6 at Del Mar.

For all Breeders’ Cup Challenge races, the winner will have their Breeders’ Cup entry fee waived, and receive a $10,000 travel allowance if based outside of Southern California. To receive these perks, the horse must be nominated to the Breeders’ Cup prior to the Oct. 25 pre-entry deadline.

All Breeders’ Cup Challenge races will not permit medication to be administered within 24 hours of post time.

Monday’s Grade 1 Shoemaker Mile at Santa Anita is contested at one mile on the turf course. The winner will receive a spot in the Grade 1 FanDuel Breeders’ Cup Mile on Nov. 6.  The race will be televised on TVG along with the rest of Santa Anita’s Memorial Day card.

Ten horses were nominated to the Shoemaker Mile, nine of whom are Breeders’ Cup eligible. Among the prospective headliners include Whisper Not, the winner of this year’s Grade 3 San Francisco Mile, and Smooth Like Strait, a four-time stakes winner last year who was second in the Grade 1 Frank E. Kilroe Mile in March and third in the Old Forester Bourbon Turf Classic in May. Smooth Like Strait is the only one in the field who is not Breeders’ Cup nominated as of May 26.

Entries will be published on Thursday, May 27.

The Shoemaker Mile is one of four North American races in the Challenge Series to offer the winner a spot in the gate for the FanDuel Mile. In addition, the Grade 1 Fourstardave Stakes at Saratoga on Aug. 14, the Grade 1 Ricoh Woodbine Mile at Woodbine on Sept. 18, and the Keeneland Turf Mile Stakes at Keeneland on Oct. 2 are qualifying races towards the FanDuel Mile.

Afer a break of three weeks, the series picks up at Churchill Downs on June 26. The Grade 2 Fleur de Lis Stakes and the Grade 2 Stephen Foster Stakes are Challenge races for the Longines Distaff and the Grade 1 Longines Breeders’ Cup Classic, respectively.

The series hits a fever pitch in September and October, with 31 North American Challenge races crammed into 6 ½ weeks. The first weekend of October is especially active, with 17 Challenge races spread out from Oct. 1-3 between Keeneland, Belmont Park, and Santa Anita Park.

NBC Sports will televise the Breeders’ Cup Challenge series on broadcasts throughout the summer and fall. The first of these telecasts will be on June 5, when the Metropolitan Mile will be featured as part of the Belmont Stakes Presented by NYRA Bets coverage on NBC. There will be two shows from Belmont Park on Independence Day weekend, with the Grade 2 Suburban Stakes on NBC July 3 and the Grade 2 John A. Nerud Stakes on NBCSN July 4.