Masayoshi Son has told shareholders that SoftBank will not prioritise short-term trading gains as the company behind the world’s most aggressive technology fund was grilled over governance failures after the collapses of Greensill and Katerra.

At an annual shareholder meeting on Wednesday, the 63-year-old billionaire founder defended the Japanese conglomerate’s governance structure, saying the board was not “Masayoshi Son’s one-man show”.

“I personally feel that we should pay extra attention to governance,” Son said during the 90-minute online event. “We plan to manage our investments in line with compliance and other rules so that the focus is not on pursuing short-term benefits using financial engineering techniques.”

Following approval at the annual meeting, SoftBank’s nine-member board added five non-executive directors, of which four are considered independent.

Son faced tough questions from investors on Wednesday even as SoftBank last month recorded the highest-ever annual net profit for a Japanese business, as its $100bn Vision Fund was boosted by the listings of portfolio companies including Coupang and DoorDash.

Despite the performance, shares in SoftBank have fallen 28 per cent from a 21-year-high in mid-March, with investors disappointed that Son did not announce additional share buybacks after completing a $23bn repurchase programme.

Son on Wednesday said that share buybacks were still an option, but challenged a claim by one shareholder that stock repurchases were the only way the company had managed to lift its share price.

Questions over the group’s investment oversight have also resurfaced following the collapse of Katerra, a US construction start-up backed by the Vision Fund. Katerra had been a client of Greensill, the SoftBank-backed supply chain finance company that also collapsed this year.

Son told investors in May that he would scale down the investment size of SB Northstar, the SoftBank unit set up last year that was dubbed the “Nasdaq whale” for its outsized bets on US technology stocks. Its options trades ended up largely unprofitable, with the unit racking up derivative losses of $5.6bn since July. 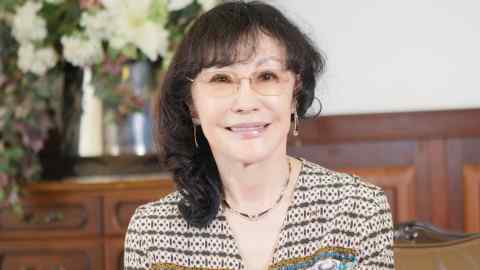 Another focus of shareholders was succession, as Son has signalled in recent months that he may continue running the company after he turns 69. Son has previously said he would hand over to the next generation of management in his 60s.

“I may be deeply involved in management either as president or chair even past the age of 69,” he said.

The SoftBank founder added that he hoped to narrow down the list of possible successors before he reached 70 and that the search would be made both in and outside the organisation, including founders of companies backed by the Vision Fund and its $30bn sequel fund.

“While I am mostly focused on the Vision Fund operations, finding a successor is one of my top priorities and I will make sure the job is done,” Son added.