With practice programmes having been impacted by a spate of red flags on Friday and Saturday, everyone is heading in to the race without the normal levels of data they have in understanding the rubber.

That means there is a great deal of uncertainty about how long the soft tyre will last in the opening stint of the race.

But, with overtaking set to be so difficult around Zandvoort, plus a slower than normal pitlane speed limit, teams will be reluctant to bail out early and go for a two-stop if they can avoid it.

Alonso thinks the afternoon could throw up the prospect of those cars starting outside the top 10 having an advantage in being able to go for a harder compound, and that could lead to a fascinating battle.

“Those guys, they will have a free choice of tyre, and maybe they get benefit a little bit in strategy because it is a race that we never did more than 15 or 20 laps on the tyres [in practice],” said the Alpine driver, who starts in ninth place.

“It is going to be the very first time that we put the real stress on the strategy. So we can see surprises, and maybe we get hurt by that.

“But, on the other hand, I think there are high possibilities of safety cars, as we saw on the weekend, with yellow flags, safety cars, red flags. So you need to be lucky as well.

“Maybe there’s a safety car in the moment that you plan to do your pitstop, and you do it for free. Or maybe it’s the opposite, maybe you do a stop and three laps later there is a safety car, and other people take it for free, and they overtake you, because they save the time.

“So that’s something that is random, and we will not be able to control that. But let’s see.” 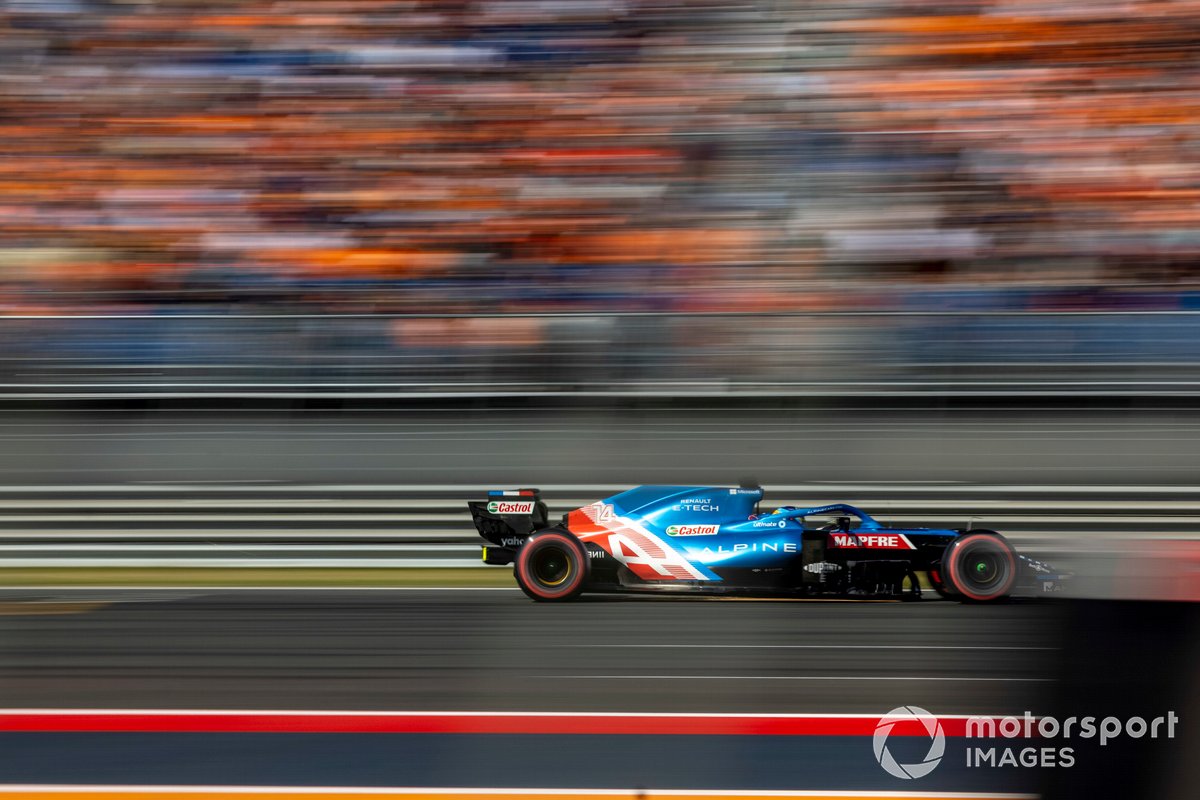 Lando Norris, who got dumped out of Q2 for the first time this season and starts 13th, is also predicting a bit of chaos thanks to a circuit layout that punishes mistakes.

“You don’t want to be anywhere bar the front of the grid, really,” he said. “So it’s going be tricky, but it’s tricky for everyone. It’s also at the same time an opportunity for us to try and gain a couple positions.”

But even pole position man Max Verstappen, who is seeking to retake the lead of the F1 championship, is bracing himself for a difficult time.

“I do think it’s going to be tough, but also it’s quite tough on tyres around here with all the high-speed corners. So it’s not a very straightforward race. There are a lot of laps around here, but of course it’s important to be up front.”