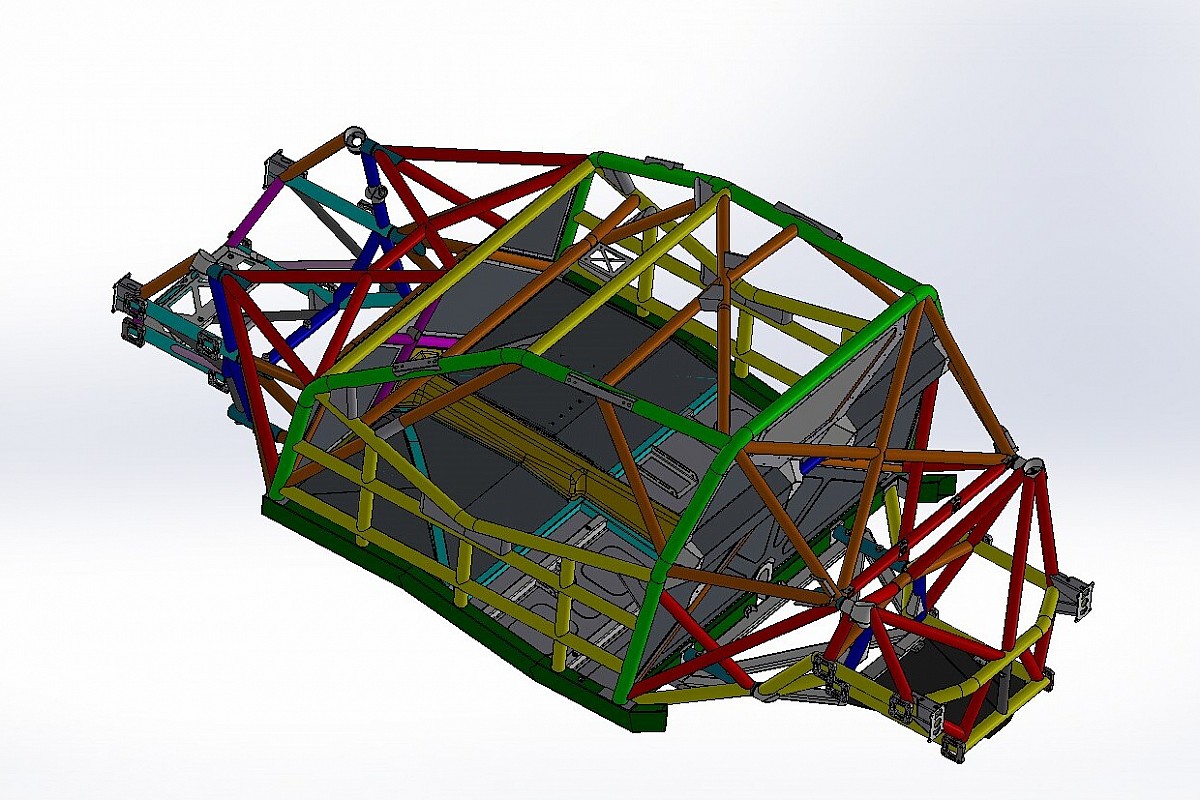 As it stands, the category wants to have two Gen3 prototypes – one Ford Mustang and one Chevrolet Camaro – taking part in real-world track testing by August.

The plan is then for the new cars to begin racing in 2022 – although Supercars has now formally conceded that a mid-season, or even late-season, introduction is on the table.

The timing of the new rules has been a controversial topic in the paddock in recent months, with teams concerned that the clock is ticking too fast for the next-generation cars to be ready for the start of the 2022 season.

That led to a critical meeting between Supercars and all 11 teams in mid-May to address calls to push the rules back to 2023, and clarify the timeline.

The initial public output from the meeting was minimal, a short statement only outlining that a 2022 introduction is still Plan A.

However the category’s Head of Motorsport Adrian Burgess has now outlined the status of the Gen3 project in more details with specifics of the revised timeline.

According to Burgess much of the CAD work is done, that now being converted into working drawings for manufacturing parts.

There is also engine parity work taking place on what is excepted to be a 5.4-litre Ford motor and a 5.7-litre Chevrolet motor.

Once that’s complete and the prototypes are built on-track testing will begin, Burgess hopeful that will begin in August.

“A lot of work is going on in the background with the two homologation teams, the steering group and the engineering group,” said Burgess.

“The two homologation teams are focusing on the fitment of their body. The outside surface, both manufacturers have presented their final sort of CAD. D2H in the UK is going through paritising and equalizing the two shapes, just so that they’re in the same ballpark when we do hit the circuit.

“The two homologation teams at the moment are just focusing on the tooling and the moulding to produce the prototype panels.

“We’ve got a few other designers that are finishing off some other suspension parts, you know uprights and wishbones, suspension layout, roll-bar positions, all these things.

“In concept they are finalized in their position in the car, but then you have to turn the CAD into engineering drawings. It’s one thing to put the car together as a CAD model, but you can’t manufacture from a CAD model.

“There’s a lot of body work to be produced from various manufacturers. All this takes time, and that’s why it’s impossible this far out to be more accurate with a date, other than our target is [Sydney Motorsport Park] at the end of August.”

That August date is, however, for the prototypes – not all-in teams testing. Burgess says it won’t be until at least late 2021 that teams will start testing with their own Gen3 cars, and it could even be early 2022.

“Teams testing will start probably later in the year or even early next year,” confirmed Burgess. “It will all depend on a few more moving parts as to when that will be.”

Should teams not hit the track until the 2022 calendar year, the new hardware debuting at a mid-February season-opener seems hugely optimistic.

As first flagged by Motorsport.com, a mid-season introduction of the new cars has been on the table even before the crisis meeting last month.

While new models and facelifts have been introduced midway through the season in the past, the introduction of an entire new car – which is completely unlike the existing car – would be unprecedented.

There is also the ongoing possibility that the start of the season could be delayed.

That wouldn’t necessarily be solely down to Gen3 either. Newcastle is set to host the season-opener next season, however with street circuit events hugely dependant on crowds, the ongoing threat of COVID-19 – as highlighted by the current outbreak in Melbourne – may leave the New South Wales state government open to a different date.

That could pave the way for a later start to the season to ensure the teams have completed their Gen3 builds.

When pressed on the competitive introduction of the car, Burgess said it would be 2022 but admitted there’s no firm decision on exactly when and how.

“There’s a few factors still at play for which I don’t have a straight answer for you,” he said.

“[There are] critical things that are out of our control that we’re working with and trying to accommodate everybody’s wishes and everyone else’s plans.

“We’re not ruling anything out at the moment, but equally we’re not able to go on record and say when it’s going to be. Because that decision hasn’t been taken yet.

“I couldn’t say anything’s more optimal than anything else. There’s a lot of stakeholders involved in this sized programme. Not necessarily just teams and manufacturers, you’ve got state governments, there’s lots of broadcasters, there’s lots of moving parts.”

Given previous generations of cars have been developed over the course of more than a year, the current timeline, even at a best-case scenario, will be tight.

But Burgess refutes the idea that it’s too tight, his view that, despite it being an all-new car, there are enough systems being carried over to lighten the development load.

“I would say it’s always harder; you can’t buy time,” he said. “But to be fair, a lot of the systems in the car, they’re not new. It’s a new installation, but it’s not a new philosophy.

“There’s obviously a few parts in any new car that you’d like to validate correctly, and at the moment we still have the time to be able to validate those parts correctly so I’m not overly concerned if it’s a tight build and testing programme.

“We’ve all done this before. If you went to one of the top teams and said, ‘here’s a new front upright, you stick it on your car it’s worth two tenths of a second at the next race’, they’ll put it on their car for the next race.

“So like all these things, we’ll try and provide the best roll out scenario and time for everybody so we’re not stressing the system.

“A lot of teams are down on staff compared to previous years. Due to COVID, they’ve cut back some of the size of their business. So all these things will be taken into consideration when we finally decide when we’re going to roll the car out from a racing sense.

“But we’ll be on track hopefully August validating the crucial systems that we need to validate.”

Here4dBesthttp://here4dbest.com
Previous articleBlast Some Heavy Metal in MechWarrior 5: Mercenaries with Xbox Game Pass
Next articleFull Sister to Oaks Winner Forever Together to Debut