when the broad was forced to close in march 2020 due to COVID-19, it marked an unprecedented moment for both the institution and the greater los angeles museum community. ‘once we got our bearings and recognized that the magnitude of COVID meant our closure would last for months, not weeks, we began to explore how to keep making the experience of art accessible,’ joanne heyler, founding director of the broad, tells designboom. committed to inspiring audiences despite its closure, the broad doubled down on its digital initiative, #thebroadfromhome, with a ensemble of online programming featuring music, poetry, performance, art-making workshops, and conversations centered around the collection.

after 14 months of closure, the broad has now announced its public reopening to visitors on may 26 with free exhibitions and installations throughout the museum’s galleries. new, single-artist presentations — of jean-michel basquiat, roy lichtenstein, kara walker, and andy warhol — will inhabit the skylit third floor galleries, while a free, group exhibition will take place in the first floor galleries. this special exhibition, invisible sun — developed amid the pandemic and the ongoing movement for racial justice and equity — features works in the broad collection that resonates with this unprecedented period of rupture.

housed within a landmark building designed by diller scofidio + renfro in collaboration with gensler, the contemporary art museum was founded by philanthropists eli and edythe broad, seeing art as a way to build a better world. sadly, eli broad passed away at the age of 87 on april 30, 2021. ‘he will long be remembered for his unmatched generosity in sharing the arts passionately and widely,’ heyler shares. 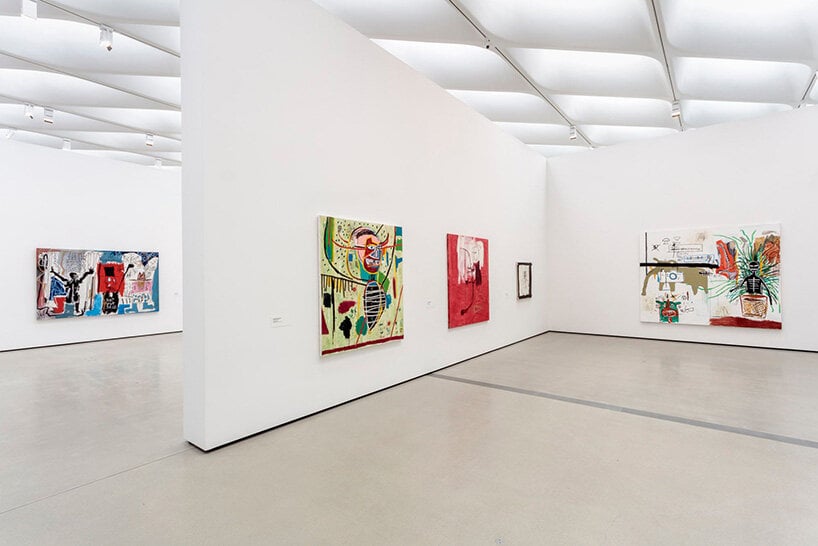 designboom spoke with joanne heyler, founding director of the broad, about making the experience of art accessible during its closure, the exhibitions welcoming visitors back, and what she’s most looking forward to on opening day.

designboom (DB): since the broad’s unprecedented closure for more than a year, have there been any positive takeaways, discoveries, or new understandings about the art museum experience that the institution can carry into the future?

joanne heyler (JH): having to close the museum back in march 2020 was unprecedented for us as it was for everyone in the greater los angeles museum community. once we got our bearings and recognized that the magnitude of COVID meant our closure would last for months, not weeks, we began to explore how to keep making the experience of art accessible. throughout the past year as part of the broad from home, we organized new and original performances, talks and conversations, artist spotlights, and family workshops, filmed them and put them on our channels, available on demand. you might say we converted ourselves into a nano-scale netflix, with the museum site as studio, producing content to remain vital.

there is no replacement for experiencing the collection onsite at the broad, but we were really pleased we had substantial audiences for our virtual programming. our digital content has had nearly as many views as we had onsite visitors in 2019, when we welcomed almost one million people. 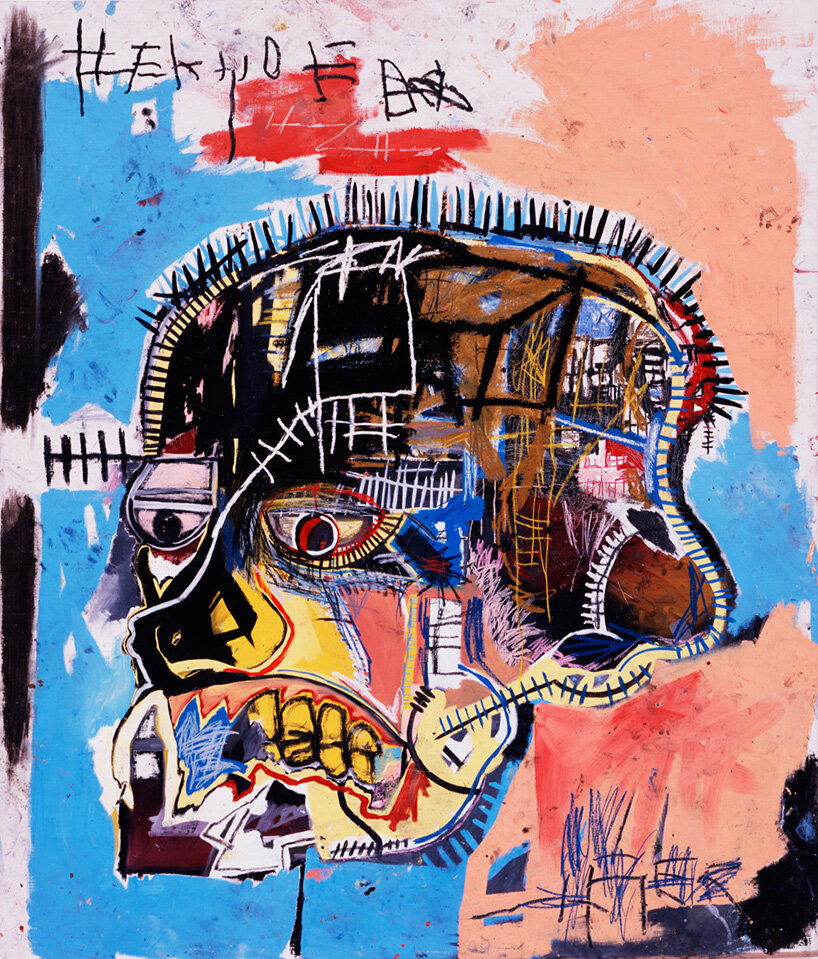 JH (continued): in january of this year, we released a new three-part talk series about jean-michel basquiat titled time decorated where musicians, creatives and scholars discuss the impact of specific music genres on basquiat’s now iconic style. the series, filmed in newly installed basquiat galleries that are about to open to the public, has been popular and will have a lasting life as a cultural resource for understanding basquiat and music.

earlier this year, we launched a re-imagined version of our art + story and art + rhyme interactive school group visit programs, tailored to synchronous virtual learning. since last year, the broad has also presented an ongoing new art-making video series, ‘let’s make art!’ developed for children and their families to create artwork at home, inspired by artists from the broad collection.

we will continue to release future series of free digital programming that enriches the in-person experience of art at the museum as we move into our first phase of reopening. beyond the pandemic, we have realized that digital programming will remain a strong tool for connecting with audiences in our community and across the globe. 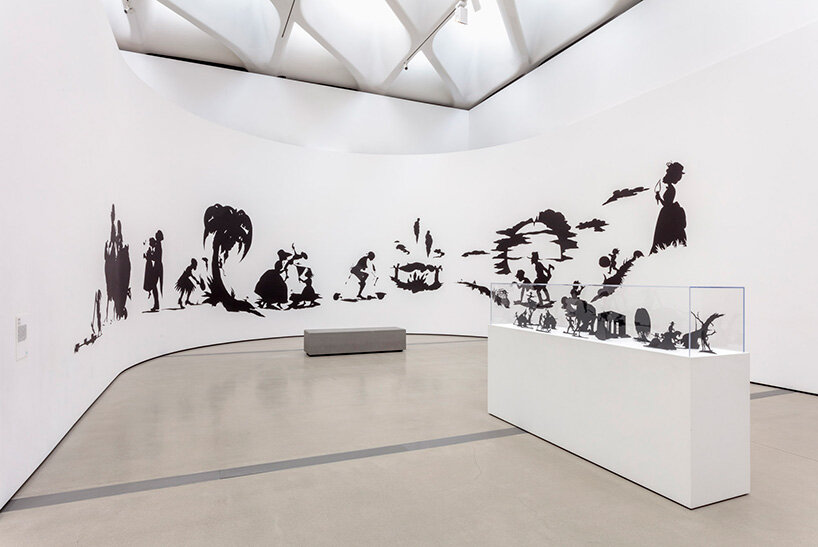 DB: what exhibitions and programming will welcome visitors back on may 26? what are the highlights to look forward to?

JH: we are so excited to reopen with new exhibitions across all floors to celebrate the return of art to people’s daily lives. the new exhibitions include single artist presentations in the museum’s third floor skylit galleries: a presentation of all 13 works by jean-michel basquiat in the collection, with three on view for the first time; a mini-survey of andy warhol with 26 works in the collection including a major new acquisition. ten artworks by kara walker will be on view, including two new acquisitions. there will also be a presentation of roy lichtenstein with 22 works by the artist, nearly half of which will be on view at the broad for the first time.

additionally, we are pleased to present the special exhibition invisible sun that was developed amid the COVID-19 pandemic and the ongoing movement for racial justice and equity, which features works in the broad collection by artists such as el anatsui, david hammons, keith haring, julie mehretu, oscar murillo, nathaniel mary quinn and david wojnarowicz.

DB: how does the special exhibition, invisible sun, reflect on this period of unrest? what do the different artist’s voices contribute to the conversation?

JH: invisible sun reflects on a year of great upheaval and draws from firsthand experiences lived by many artists who have work in the broad collection. while none of the works on view were produced in direct response to the COVID-19 pandemic or 2020’s movements towards racial justice, artists respond about recent global crises such as the AIDS epidemic, gender- and race-based violence, unchecked capitalism, and colonialism’s aftermath. you will see these themes expressed in, for example, the works of jenny holzer, el anatsui and keith haring.

DB: with ongoing limitations on in-person programming, how will the broad continue to engage audiences via its social and digital channels? what are some of the digital initiatives that people can experience from home?

JH: in addition to the robust digital programming that the broad will continue to host on its website and social media channels, we will also be releasing a new series of programming connected to the special exhibition invisible sun that will be announced soon. 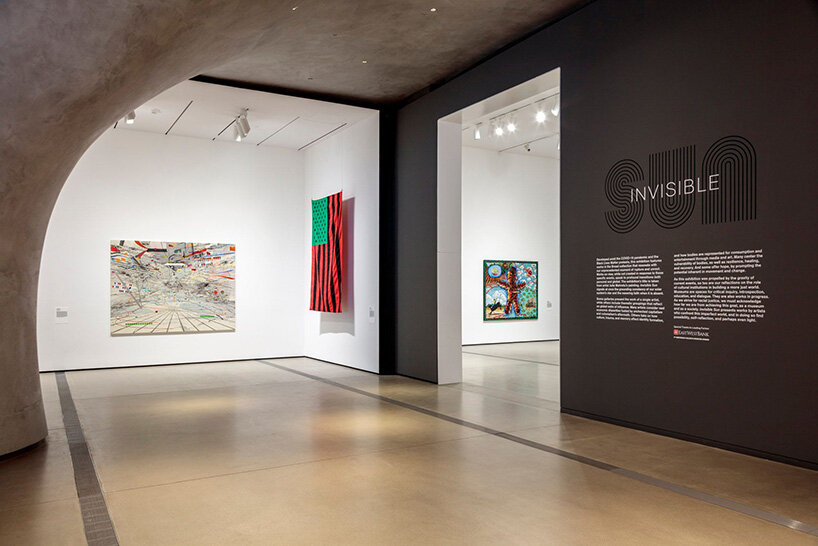 DB: what possibilities do you think digital offerings can continue to open up for the art world? what excites you about this potential?

JH: when we opened the broad in 2015, there was a trend in exhibition design for placing screens in the galleries, presenting dynamic educational content. we resisted all of that. I believed that fundamentally, coming to a museum is a social, ‘IRL’ experience. you come to a site to be in the presence of certain artworks, often with friends and family. instead, we leaned hard into encouraging social interaction, including with our staff, in our galleries, and used digital only in a very utilitarian way, by being an early museum adopter of mobile ticketing, for example. but I do think 2020-2021 has shown us all that screen based interaction has a place, deployed the right way. you still won’t see screens in our galleries, next to an artwork. we are however reaching more schools outside of our area because our school group tours this year are virtual, and that’s got us thinking whether we can keep doing virtual, interactive tours even when local schools can come back.

JH (continued): I also believe that in-depth programs like our time decorated series, focusing on jean-michel basquiat’s musical influences in his art, are an example of compelling long-form content that can stand on its own, watched remotely and connecting with national and international audiences. so, there I do see a path where digital has a stronger presence, because we’ve all had time to figure it out better while going through this enforced virtual era, when some museums, like the broad, became baby or amateur movie studios, so to speak, experimenting with video content and seeing what worked.

Here4dBesthttp://here4dbest.com
Previous articleThe 7 Best Glues for Shoes in 2021 That Are So Durable
Next articleOpenUnit raises a $1M seed round to be the online face of self-storage – TechCrunch