The title battle that had it all

The title battle that had it all


In association with Avon Tyres, some 38 years on, Martin Brundle sums up the title battle with Ayrton Senna, a story that is still burning brightly today as one of motorsport’s great contests: “The more you look at the story it really was a thing that Netflix would cover now because there were so many twists and turns in it.

“There were crashes and dramas, all the ebbing and flowing of that back story was extraordinary.”

Having blitzed his way to back-to-back British Formula Ford 1600 and 2000 titles in 1981 and 1982, Senna had already turned heads and was labelled a favourite to claim the British F3 title, driving for West Surrey Racing led by Kiwi Dick Bennetts. Many expected the season would be a tick box for the F1-destined Senna.

However, he would come against a somewhat unlikely and formidable rival in Brundle, who was merely a Toyota car dealer from Norfolk and a driver desperate to revitalise his motor racing career. In fact it was make or break season for Brundle, who had raced saloon cars before stepping up to F3 in 1982, but that season would see him hit rock bottom.

After losing his drive, he sought sanctuary and a second and perhaps final chance with the fledgling Eddie Jordan Racing as the pair cobbled together funds aided by a five-grand cheque Brundle had won through the Grovewood Award as the most promising Commonwealth driver. They begged and borrowed, so they could line up on the British F3 grid for 1983. Little did they know of the box office drama that would lie ahead. 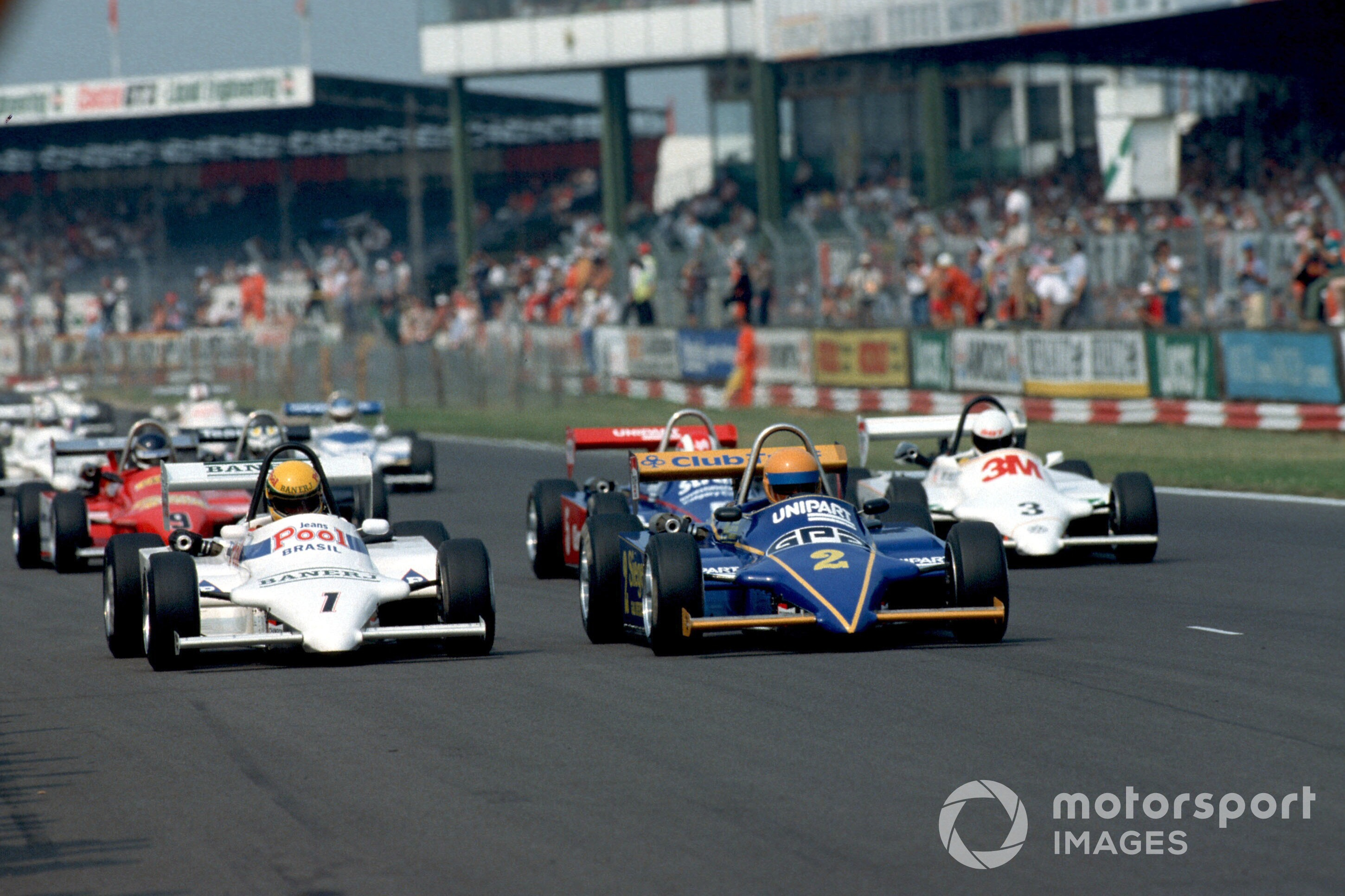 If you were able to peer into a crystal ball and explain what was about to unfold at mid-season, the Avon-shod Ralt duo of Brundle and Senna would never have believed it.

True to form Senna would live up to his billing, winning the first nine races to leap into a comfortable championship lead. Brundle was left to merely follow in Senna’s wake, finishing second in eight of the nine races and left wondering how he could break the hold the Brazilian had over him.

But everything changed one day at Silverstone and the tide turned towards Brundle. Silverstone played host to a joint round for the European and British F3 series and, given his championship advantage, Senna elected to race for the European points, which required a different tyre.

Brundle would also make the switch late in the weekend, which proved a masterstroke as the Norfolk man gelled instantly with the new package and stormed to victory. Such was his pace, a rattled Senna crashed out trying to keep up. It dealt a psychological blow and Senna’s season began to unravel.

Buoyed by the fact Brundle had proved to himself he could beat Senna, the Briton rammed that psychological advantage home, forcing his rival into more errors, after they switched back to Avon tyres. Winning six of the next eight races, Brundle arrived at the Thruxton season finale incredibly leading the championship by a point. 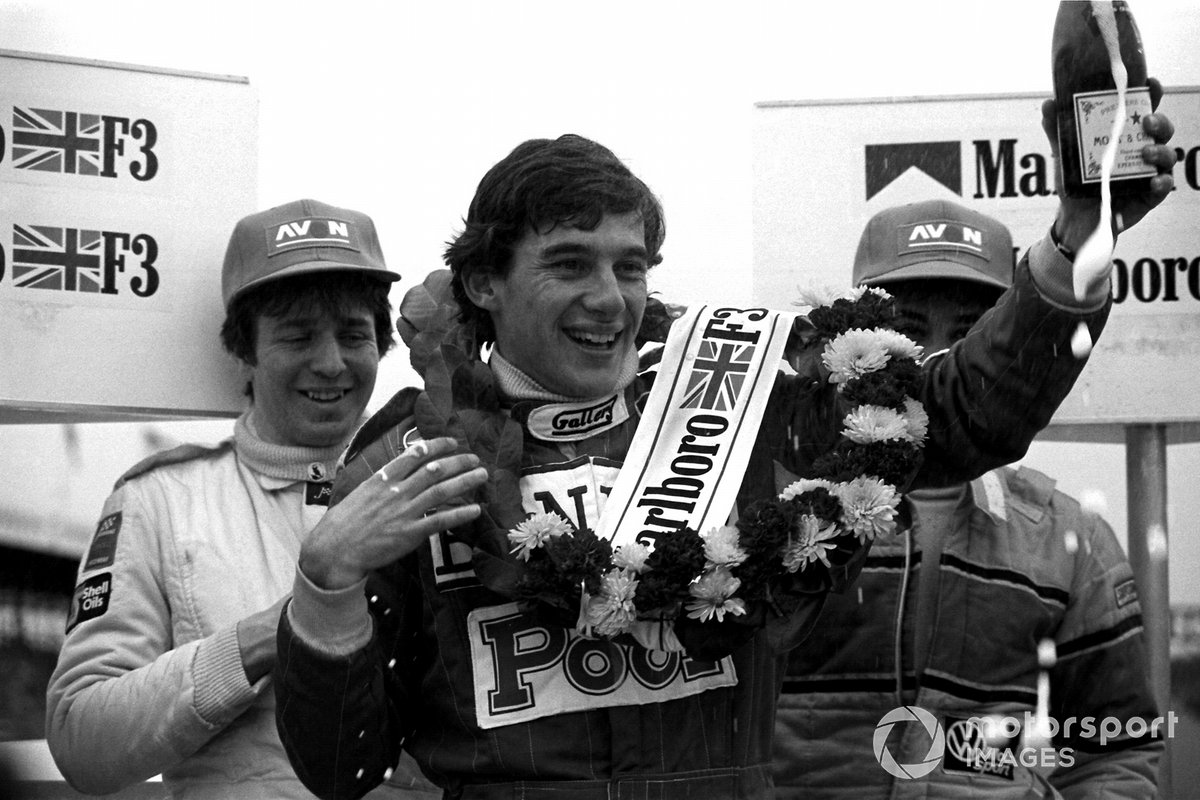 There had also been some scrapes and clashes along the way. “Ayrton was just not happy finishing second, which got frustrating for me because we had such a points lead,” says Bennetts.

“I said to him all you have got to do is finish second and if you get fastest lap and the point for that you would pick up seven and Martin would pick up nine points for the win. He would only be losing two points and he had a 36-point lead.

“But he wasn’t content finishing second and he would have a go at passing Martin and crash. He was chuckling away points. He threw away three races I think.”

Brundle adds: “It was really hard. I did that a few times in my career really, hit rock bottom and come back.

“I think it goes back to Silverstone as his season began to unravel and then he started to be convinced that the British system was against him and that I had a better engine or better something or other. His head fell apart a bit but he got it together when it mattered.” 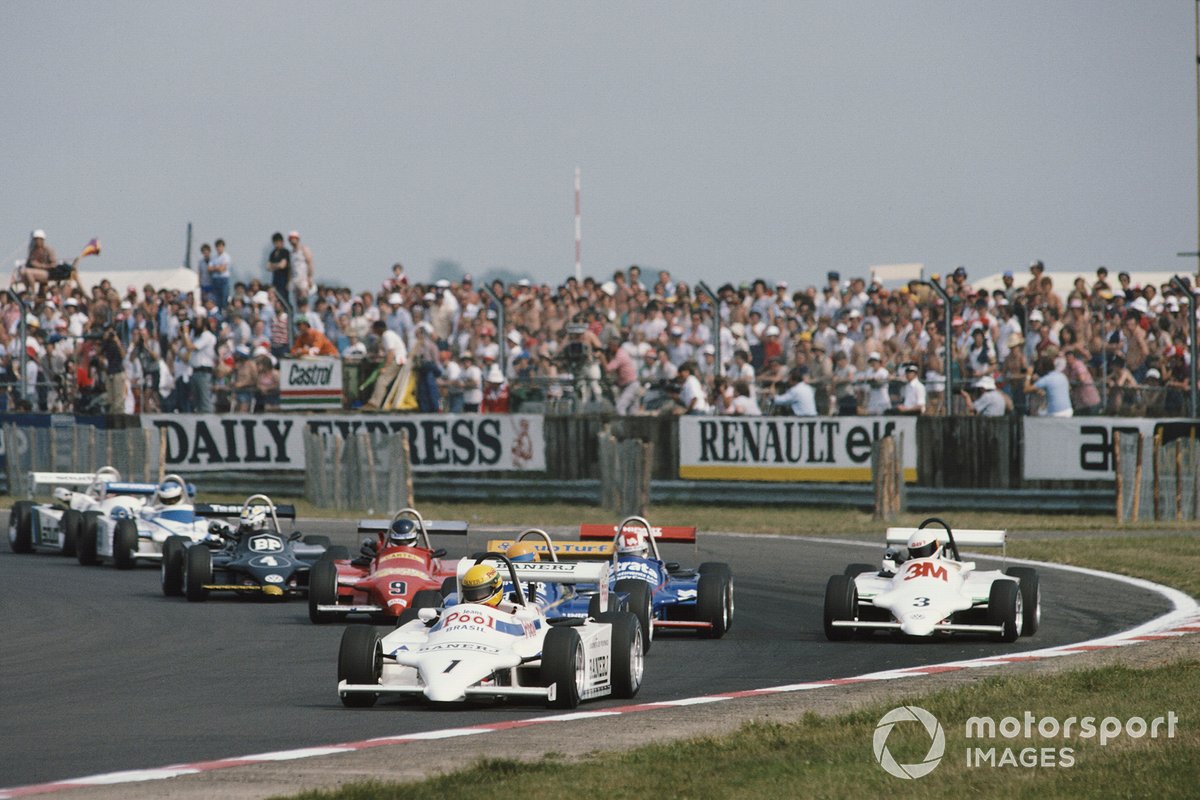 This played out in the midst of a tragedy that could have ended Brundle’s season full stop. After winning an international F3 race supporting the F1 Austrian Grand Prix, the Eddie Jordan Racing truck crashed into a ravine on its way back from the race, killing Brundle’s chief mechanic Rob Bowden and destroying the race cars.

“Eddie was really cut up and asking me if I had heard about the truck,” says Brundle. “Of course that was Eddie in absolute emotional turmoil because the truck had gone over the cliff. That was horrible.”

It cast a shadow on the season and left Jordan and Brundle, not exactly flush with cash, a mammoth task just to return to the track.

The team battled on but the season would take another twist towards Senna and WSR following the controversial arrival of development parts from F3 car manufacturer Ralt ahead of the finale. WSR were handed much more aerodynamically efficient sidepods, while Brundle was given new pushrod front suspension, the latter not that beneficial at a power and aero circuit such as Thruxton.

Boosted by a fresh engine and the upgrades, Senna stormed to victory on his Avon rubber, taking the title while Brundle using a tired older engine could only manage third. 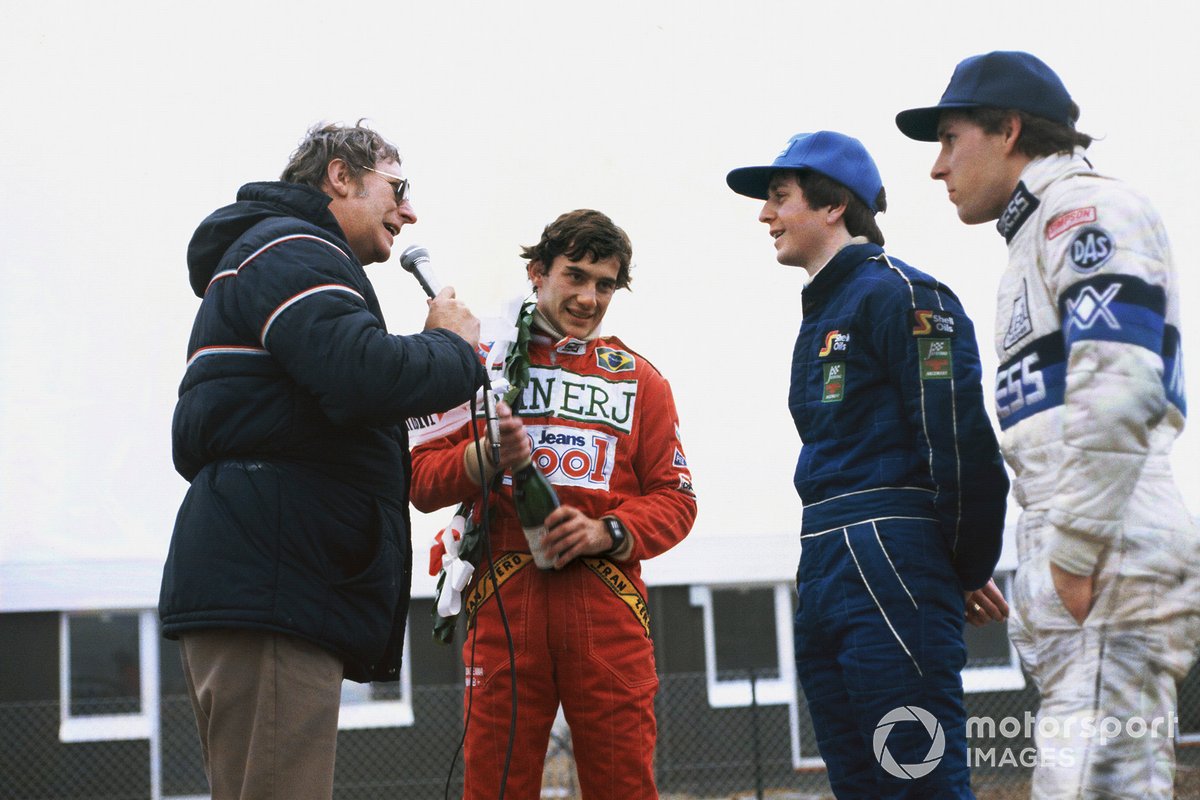 “Ayrton got the more efficient higher downforce sidepods and I got the pushrod front suspension. That was very unfair,” adds Brundle as he reflects on the feelings of losing the title.

“The last thing we needed introducing there, and there was a big crowd, was different development parts on each car.

“The right man won the championship of course and we knew that then and we know that now given what he achieved afterwards, but it could have been a different story.

“I don’t think I was gutted. I felt that it had been a really good season and I had done my best with what we had with EJ and the gang.

“Obviously we had lost Rob Bowden and all the emotions of that. There was a point nine races in where I was a no-hoper.

“I probably wasn’t as crestfallen as I should have been. I’d gone from Toyota salesman to knocking on the door of F1 so it all seemed quite magical.” 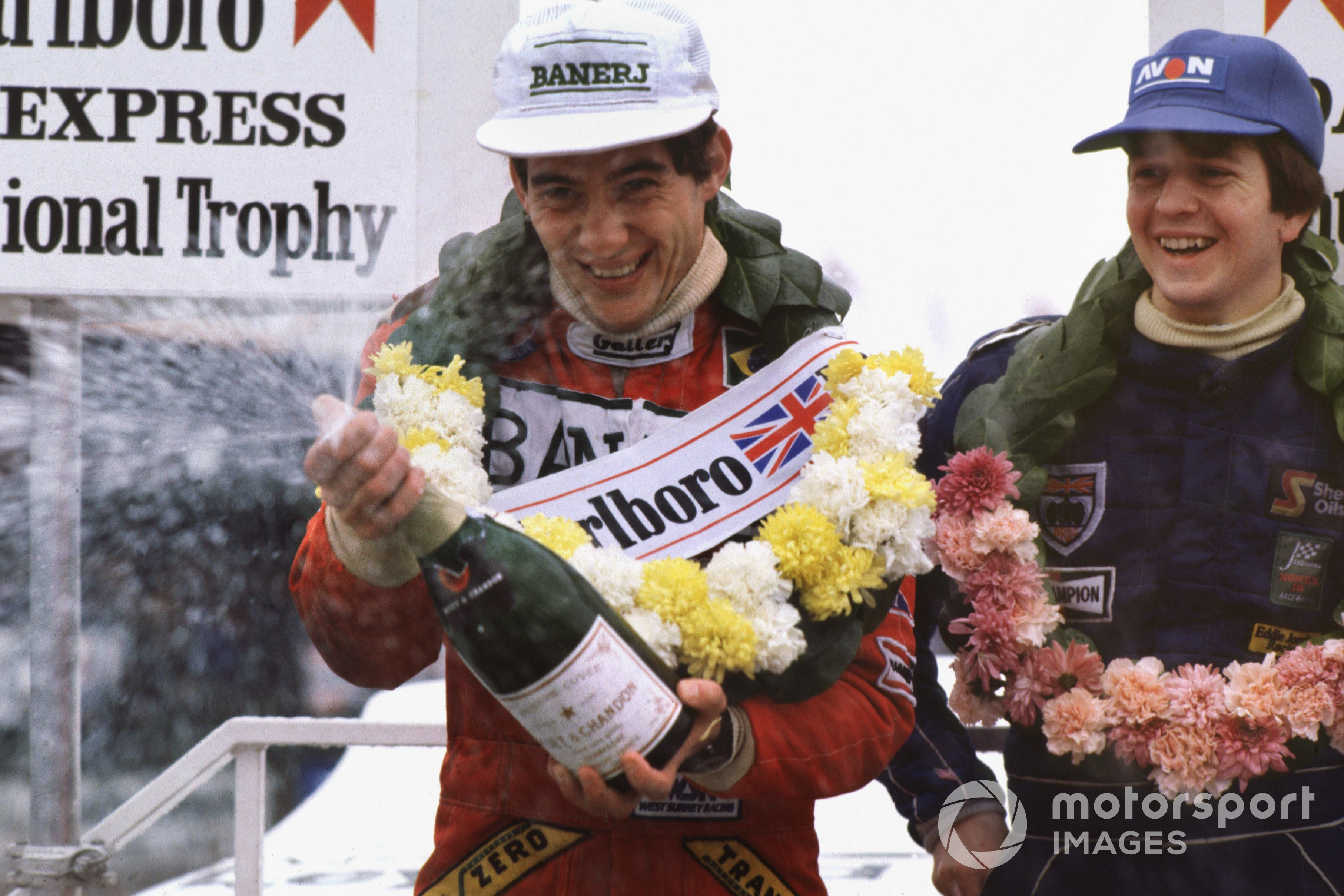