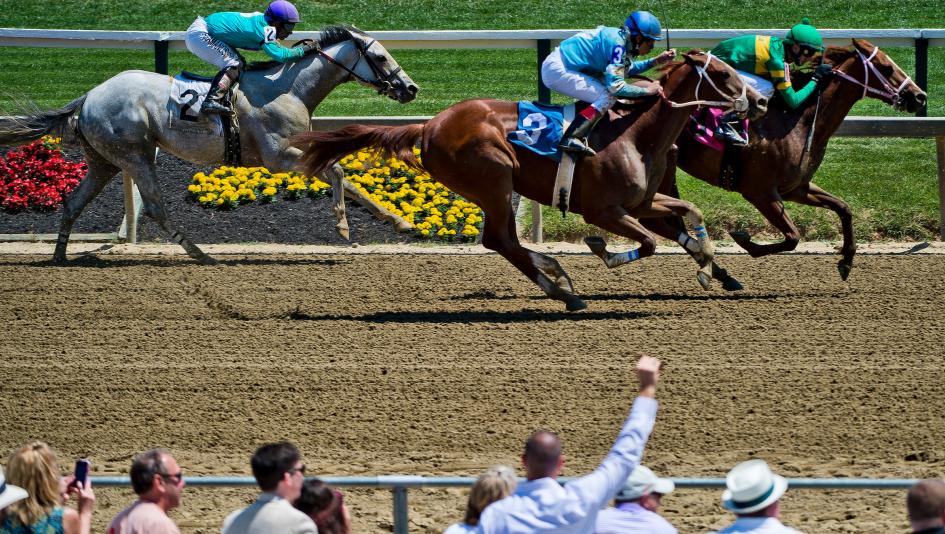 The fillies’ equivalent of the Preakness Stakes, the $250,000, Grade 2 George E. Mitchell Black-Eyed Susan Stakes, headlines the Friday May 14 card at Pimlico. A field of 10 3-year-old fillies will contest the 1 ⅛ mile dirt race. It’ll go as the 13th race on the card, scheduled for 5:44 p.m. ET.

Last year, the race was held on the Preakness undercard, but has moved back to its customary spot on the day before the Preakness this year. The race is named after George E. Mitchell, a longtime community leader in Baltimore who died last year at age 65.

It’s no secret that early speed is good on the Pimlico main track. Anyone who has early speed possesses an edge over the others. The toughest front-runner looks like #6 Iced Latte (8-1).

Iced Latte broke her maiden for owner Repole Stable and trainer Todd Pletcher on March 14 at Gulfstream Park in a hard-fought effort. She battled on the lead with Surrealist, engaging that rival in honest fractions throughout the early stages of the one-mile contest. Iced Latte got the upper hand, drawing off to win by 1 ½ lengths.

Her most recent start, at Belmont Park on April 25, might have been even more impressive. She took charge early in that race, then fended off the challenge of favored Teetotaler and drew off in the stretch. She got caught late by a rival who sat a perfect trip, and ended up finishing second by a length. Even so, it was an encouraging effort, and suggests that she’ll be tough on the lead again in the Black-Eyed Susan. If she can clear to the rail and the front by the time they hit the first turn, she may prove difficult to catch.

#10 Beautiful Gift (9-5) is the morning-line favorite in this race for trainer Bob Baffert and jockey John Velazquez. She’s been compromised by some slow paces in her last few starts. In the Grade 3 Santa Ysabel Stakes at Santa Anita Park on March 7, she rated off a leader who set very slow fractions, and had to work hard to get by for the head win. In the Grade 2 Santa Anita Oaks on April 3, she got stuck behind an even slower pace, and finished second by half a length to Soothsay. She might get in trouble Friday if the pace is once again very slow, but she will at least put herself in a position to strike if the leaders tire themselves out. If she wins, it likely won’t be a runaway, but she’s more than capable of getting the job done.

The top two finishers in the March 27 Bourbonette Oaks at Turfway Park are in this race. #3 Spritz (20-1) set an ambitious pace but could not hold off the surge of #9 Adventuring (4-1) who won by two lengths. Flavien Prat gets the mount on Spritz for the first time, while Adventuring once again goes out for the dynamic duo of trainer Brad Cox and jockey Florent Geroux. Adventuring is probably the better horse of the two, as she’s improved in each of her four starts and has good closing speed. However, Spritz ran a big race last time, she’s drawn towards the inside Friday, and will almost certainly be the early leader if Iced Latte isn’t. At those odds, it’s worth a gamble.