Jose Mourinho has confirmed Harry Kane has suffered another ankle injury, but was unable to definitively say how serious it is.

Having scored both goals in Spurs’ 2-2 draw at Everton, Kane limped off with just minutes to go in the game. The striker was hurt when Richarlison inadvertently fell on his right ankle as he was defending a corner. That forced him off the pitch, and he was seen grimacing and shaking his head as he headed towards the tunnel.

It is a huge worry for Spurs, who face an anxious wait to discover the extent of the problem. Any bad news could see them without the England international for next week’s Carabao Cup final.

With just over a month left to go in the season, they could be missing him for their run in too.

But while Mourinho admitted he is concerned about the situation, he could not provide many details after the match.

“I think it’s too early to say something,” he told Sky Sports.

“For him to leave the pitch with a couple of minutes to go is obviously because he felt something. 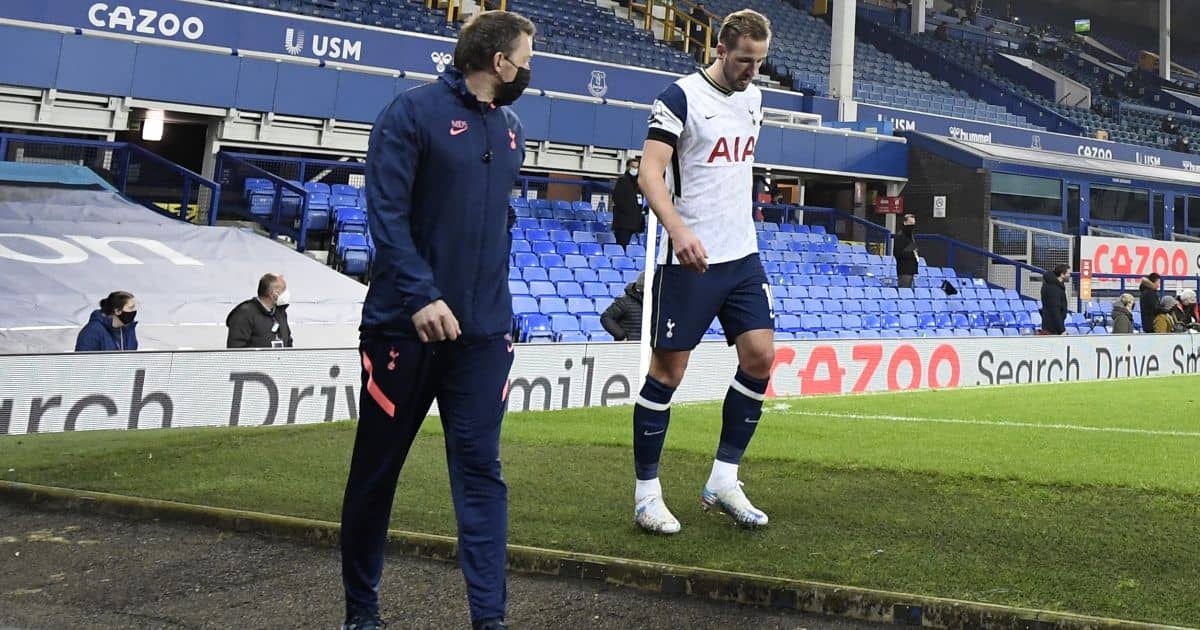 “It’s obvious that he’s a very important player for us, that’s more than obvious. But I cannot say much. I cannot speculate or help in [addressing] any speculation around it.”

Ankle problems have been a regular occurrence for Kane throughout his career. He has already been sidelined with a similar issue earlier this campaign too after being hurt in the loss to Liverpool in January.

Mourinho refused to be drawn into a war of words with Paul Pogba, whose comments about his former manager have caused quite a stir.

Pogba worked under Mourinho for two-and-a-half years at Manchester United. But there appeared to be a hostile relationship between the pair, particularly after Pogba reportedly asked to leave in 2018.

On Friday, an interview was published in which Pogba criticised the man management skills of the current Tottenham boss.

He also compared him to Ole Gunnar Solskjaer, who has had a dispute of his own with Mourinho in recent weeks.

But when asked if he would like to respond, Mourinho appeared uninterested.

READ MORE: A Tottenham target can see himself living in London, in a boost to their transfer hopes.

Here4dBesthttp://here4dbest.com
Previous articleloses to Evans in third round at Monte Carlo
Next articleSterling retains Guardiola’s trust despite lack of Man City starts