Tropics Quiet. Weak Wave with a Purple Splotch of Possibility. Only Storm in the Caribbean is Cubans Trying to Gain Freedom or Just Go Online … In Miami the Weather is Beautiful. Jose Marti Memories

Tropics Quiet. Weak Wave with a Purple Splotch of Possibility. Only Storm in the Caribbean is Cubans Trying to Gain Freedom or Just Go Online … In Miami the Weather is Beautiful. Jose Marti Memories 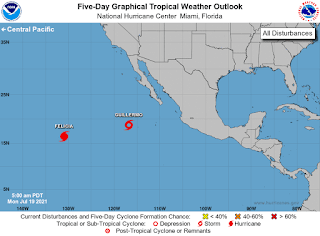 This is the state of the tropics.

Low chances now but it’s something.

Wave train stays alive even tho…

…the Epac is having a party now.

There’s a blanket of dry air there and water that has not warned up just yet. The water is warming but in spotty patches across the Atlantic of warm, warmer and not yet warm enough. Soon the water everywhere will be warm enough to support tropical development. So until then we are in the in between days…that time when the early close in systems and random long shot waves win out over the overall unfriendly environment that might support an Invest yet not really a hurricane. 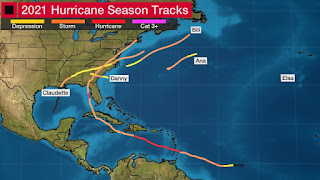 Maybe Texas gets something but…

For now they be tracing the Huge High.

But connect the tracks …. a pattern there. 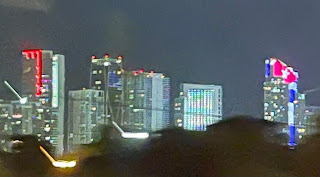 Picture from last night driving back from Hollywood.

I have several kids who live in Hollywood.

Buildings lit up with the Cuban Flag.

We show our solidarity.

I’m in Miami on vacation in a sort of bubble 9 floors up over the Miami River and Biscayne Bay. My kids keep this place way cleaner than any hotel I’ve stayed in and I’ve stayed in a lot of nice hotels. During the day I venture out with one of the kids and their kids and we usually end up in one of their backyard pools or the pool here on the 11th floor in this 44 story Tower. Saturday I watched the protest at Freedom Tower from my perch on the pool deck looking up Biscayne Blvd at the crowds and the news helicopters as marine patrols raced up and down the bay. Everything was quiet, no one wants drama they just want freedom for their friends and family left behind in Cuba to be able to enjoy the simplest things we enjoy such as the freedom to go online and talk to their family in Miami or Key West a mere 90 miles away from Cuba. To be able to do a simple protest walking down streets holding signs without being shot or beaten up with bats. The average person in Cuba is not allowed to protest in public, they are not allowed to have guns and worrying on Free Bail is not an issue they are just shot on the spot. When you see Cubans marching for Communism they really are government sponsored protests where they go into a factory, put everyone on a bus and give them a sign. I had a friend who used to turn the sign upside down and an officer would stick a gun in his ribs and he’s say “Lo Siento, Sorry… oops my bad” and turn the sign away and smirk. Eventually he floated to the florida with a cousin on a tire and started over. My Uber driver the other day has been here 3 months, he went from Cuba to Chile then to Mexico then to Miami and he’s driving Uber worrying on those he left behind.

I may see the world differently because I was raised in Miami partially in an area known as Little Havana so I suppose I identify Cuban as Malta with milk was one of my first beverages and all of my friends at Southside Elementary were refugees from Cuba. It was always a disconnect for me that America worried on Vietnam on the other side of the globe or spent decades in one of the Stans yet totally ignores the injustice in a Fascist sort of dictatorship pretending they are a legitimate government voted on by the people. No not really. People vote by leaving and jumping in a large truck tire and trying to float to the Florida Keys and pray they are not eaten by sharks or lost in storms. Otherwise they are stuck there ignored while we worry on the Ukraine and Crimean and one of the Stan countries. It’s kind of a disconnect because it would seem we should worry on our neighbors and our part of the world.

That said…there is no power change expected in Cuba any time soon and there is no sign of development in the Atlantic other than a long shot wave with a purple splotch getting some mild attention. 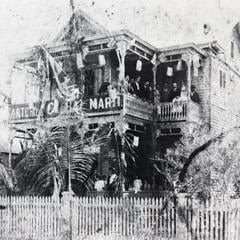 Wolf is up there on the balcony…

To understand me when I talk on my perspective on Cuban politics understand my Great Great Grandfather met Jose Marti on a rooftop in Cuba in what is now know as La Te Da House in Key West on Duval Street. He and friends helped raise money for the Cuban Revolution against Spain. Wolf, ran his offices out of Ybor City  where he moved after being violently ill with Yellow Fever in Key West (no running water only cisterns) and his son’s grew tobacco they bought in Cuba that Cubans rolled into cigars. My Grandma who grew up in Tampa spoke both Yiddish and Spanish as well as English with a heavy Southern Drawl lived with Cubans, cooked Cuban style Chicken and Yellow Rice all the time when I was little. In Miami I grew up in Little Havana near Downtown and half of my friends were Cuban all the way through school. A Cuban doctor whose family fled World War 2 from Poland and was allowed to live in Cuba brought several of my kids into the world at Mercy Hospital. Note America would not let people come here by boat to escape Hitler yet Cuba did for a long time until they too stopped under American pressure.

A lot the average person doesn’t know in America but assumes or thinks they know. Knowledge is power, research history not agenda driven news sites. Yet we fought two wars in Asia and spent 20 years trying to secure “freedom” for the average person near Iran yet our government under most Presidents of both parties tried to ignore Cuba only 100 miles away from where I often sip a Cortadito before breakfast. Something just is totally wrong there. You’d think there would be a way if we focused on it to achieve it without violence but everyone ignores it but people in Miami which is basically now a Spanish city truly a Gateway to the Caribbean tries to show solidarity with Cuba and their dream of freedom and liberty.

So the storm brewing currently  may be in Cuba not a tropical depression threatening Miami. Maybe in August or September a hurricane will take aim at Havana or another part of Cuba the way Sandy did and then take aim at our East Coast. It’s been an East Coast loaded hurricane season so far.

But things will change in the tropics… if not in Cuba.

But eventually I hope and pray for liberty and freedom for Cuba!

Ps Definitely on vacation for the rest of the week. I’ll update if anything pops up or goes yellow!

Enjoy the song…. click on the link. Yes, I remember Jimmy when he looked like that singing in Miami years ago… 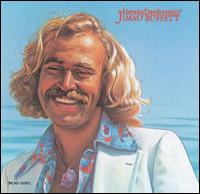 Here4dBesthttp://here4dbest.com
Previous articleAurora SPACs, a spin on the VanMoof X3 and a chat with Outdoorsy founders – TechCrunch
Next article10 things we learned from F1’s 2021 British Grand Prix

Big News: Our Line Who What Wear Collection Is Launching