Tsunoda’s Baku pace so fast Tost feared he would crash

Tsunoda’s Baku pace so fast Tost feared he would crash 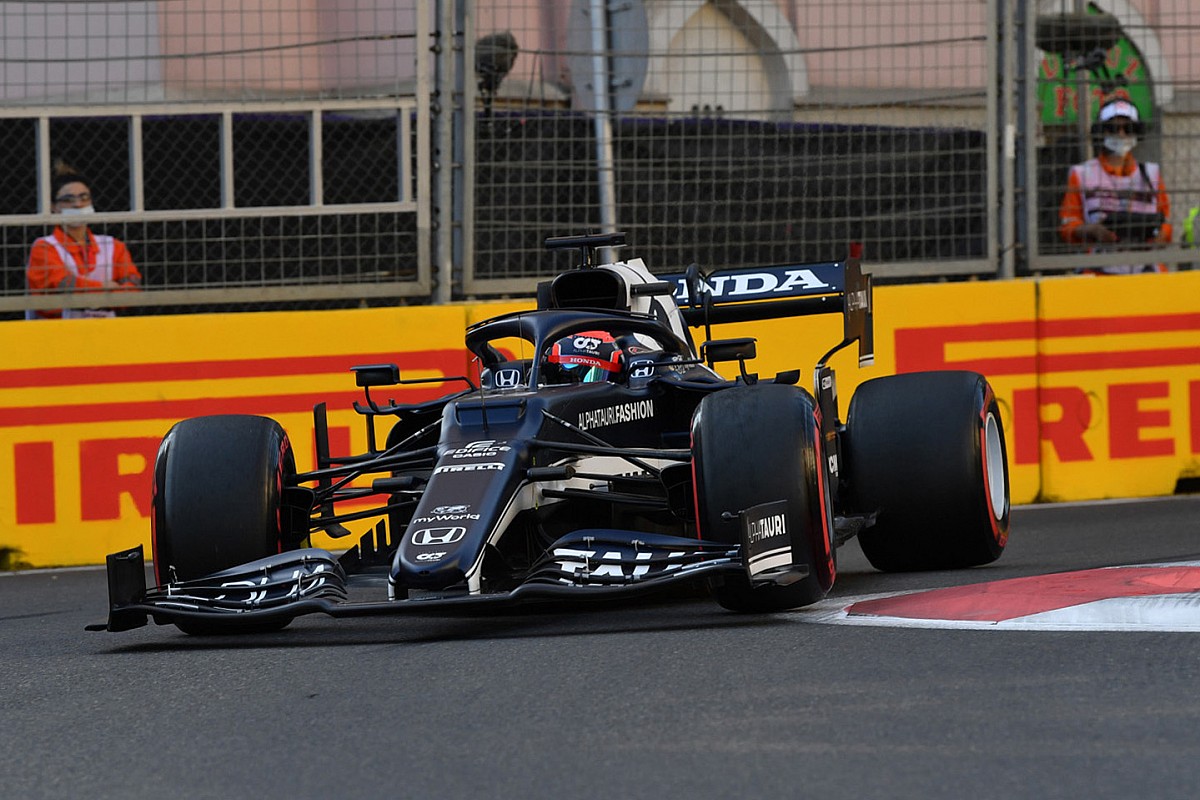 Tsunoda started the Azerbaijan race from seventh on the grid despite a crash in the final part of qualifying, and after a strong run he was sixth at the time of the late red flag.

At the restart gained a spot when Lewis Hamilton went straight on at the first corner, but over the rest of the lap he lost places to both Lando Norris and Fernando Alonso before claiming seventh at the flag.

Tost says that the rookie put on a “fantastic show” on his way to his best result to date in F1.

“Yuki did a fantastic job, I must say,” said Tost. “Okay he had yesterday the small incident, but it was in Q3, and can happen, it happened also to more experienced drivers.

“And today his race pace sometimes was unbelievable. I was really worried that something happens, because he was really fast.

“He is in a very good way, and I think that he will come up with some good results also in the second half of the season when he gets a little bit more experienced, especially on race tracks which he knows.”

Tost believes that Baku was Tsunoda’s strongest performance so far in his rookie season.

“For me, yes,” he said. “Because he improved a lot. We must not forget it was his first time in Baku, and of course in Bahrain he scored two points when he finished ninth, but he knew the track quite well from F2, then we tested there, and we could find a good set-up.

“But we came here to Baku and he didn’t know the track, and he immediately got quite good familiar with it. He started from seventh position and finished seventh, and for me a real fantastic show from his side, fantastic performance.

“We have to work on some things, we know this, but I am confident that we get everything together because he is a super talent.”

Tsunoda acknowledged that it had been a good weekend, apart from the Q3 mistake.

“Still yesterday’s crash was a mixed feeling, I would say. Of course, I try my best, and I went to the wall, so I don’t have regrets. But still the car was having a good potential to start in a good position.

“So yeah, overall compared to other previous races, it was a really good step I would say. But I have to put things more precisely together for having better results.

‘I’m a little bit more comfortable, but still I have space to learn and I have to adapt more, I still feel not fully adapted to the car. So I still have to work hard.”

ActiveFence, whose tech proactively detects disinformation and other malicious content, raises $100M in a combined Series A and Series B (Ingrid Lunden/TechCrunch)

The 11 Best Healthy-Nail Products, According to Experts