With two towers and a trail, I sought to promote the appropriation and restoration of the Boca Maule Marshland, located in the city of Coronel, in southern Chile’s Bio-Bio Region, by building two lookout towers, aligning, with an architectural vision, the local community, academia, the city council and trekking organizations.

The Project emerges from a cross-sectional diagnosis of Chile’s large cities, where the lack of public space, more than lack of free space, is construed as a lack of spaces set up for these ends. 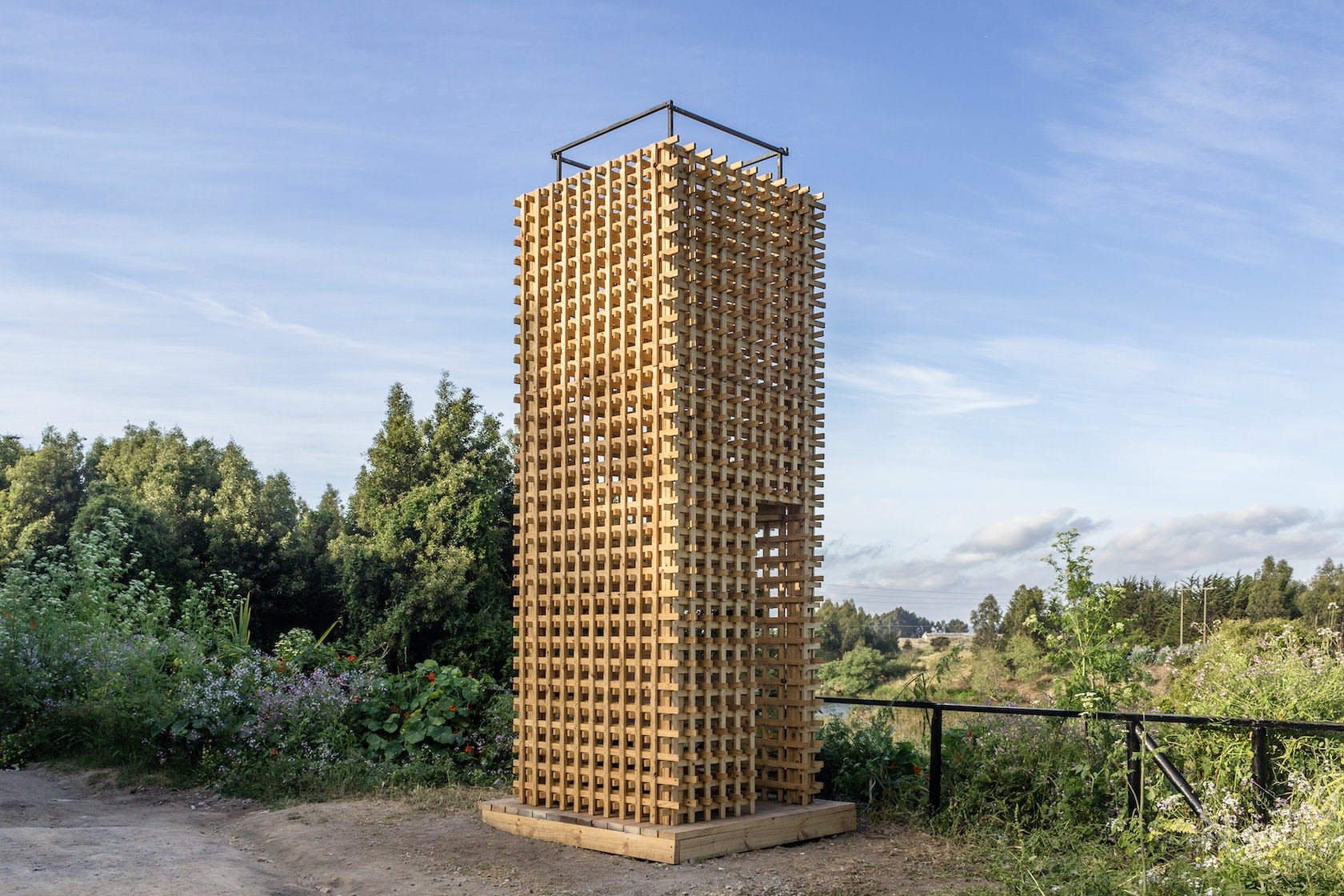 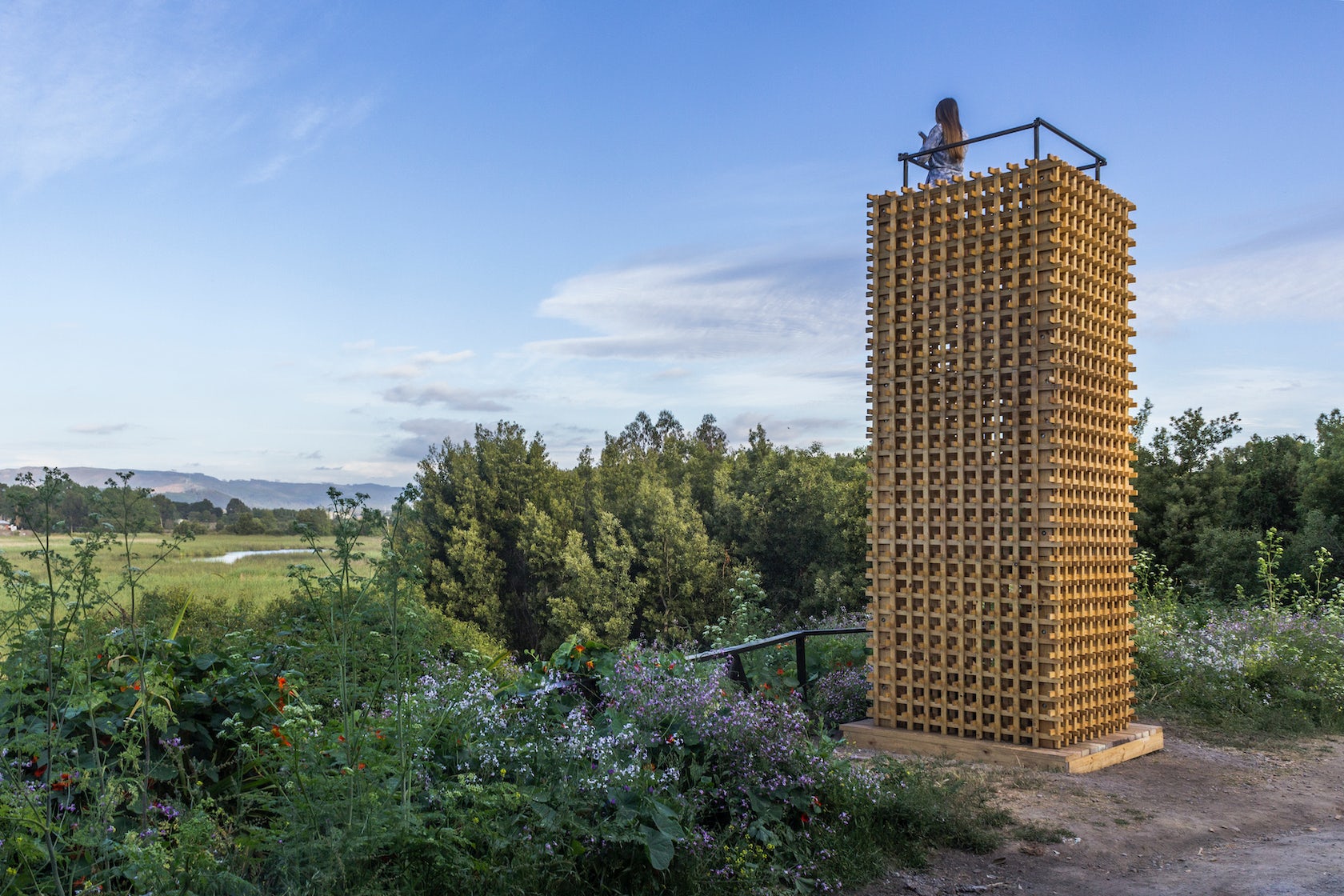 Natural “empty” spaces, like marshlands, estuaries, lagoons or hills, are trapped within the urban sprawl or in their devaluation, at the mercy of the market, or close to vulnerable groups. Despite this, with their high natural and scenic value, these places, within urban contexts, are potential public spaces, capable of improving the quality of life of the inhabitants who live around them, in many cases organized neighbors being those who can access public funds for the benefit of their settings.

Therefore, it is exactly here that architecture is able to articulate these two conditions with concrete interventions, aligning not just the beneficiaries, but also the players needed to materialize proposals. Coronel is a former mining city, known today as a sacrifice area, due to the high contamination indices it has. 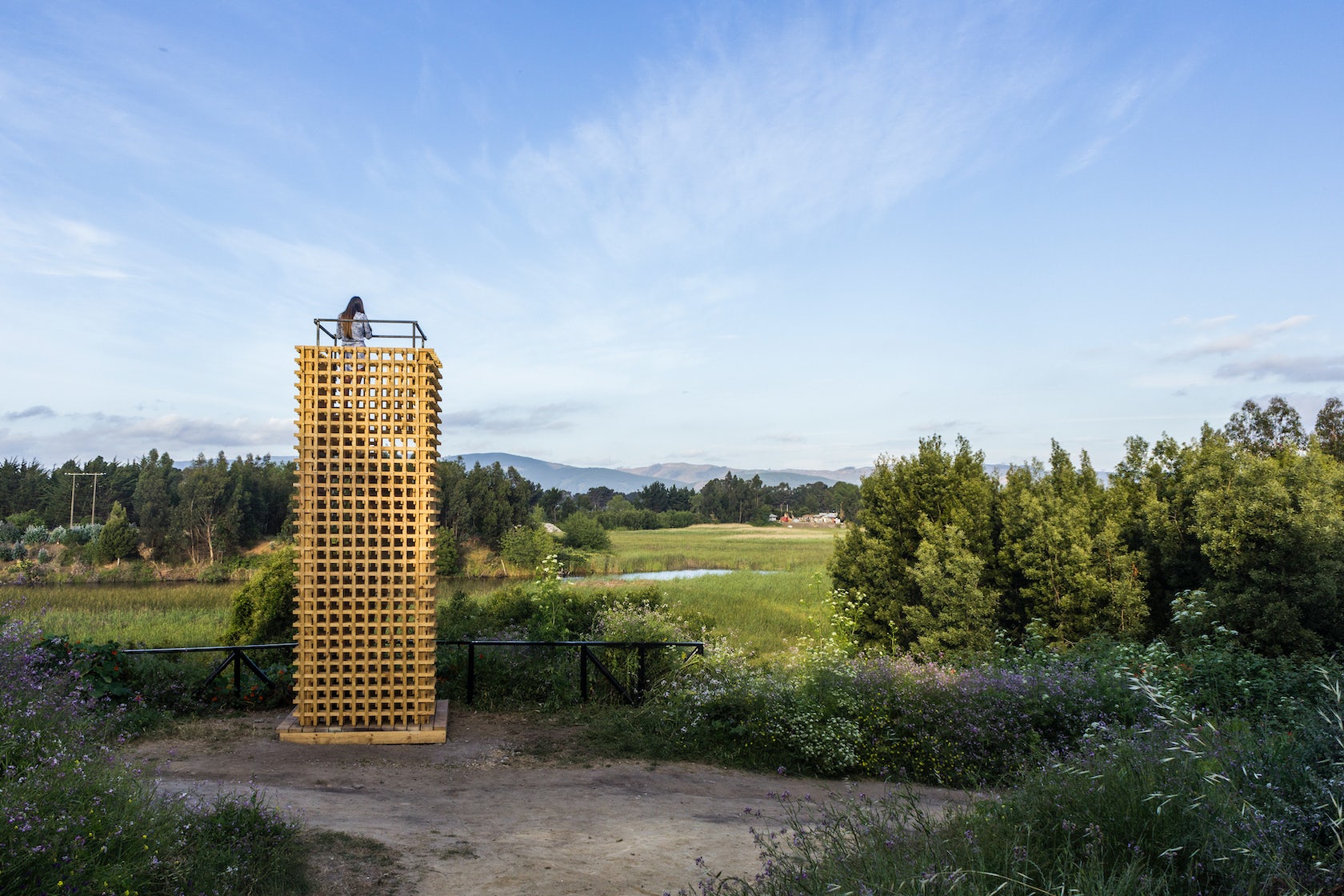 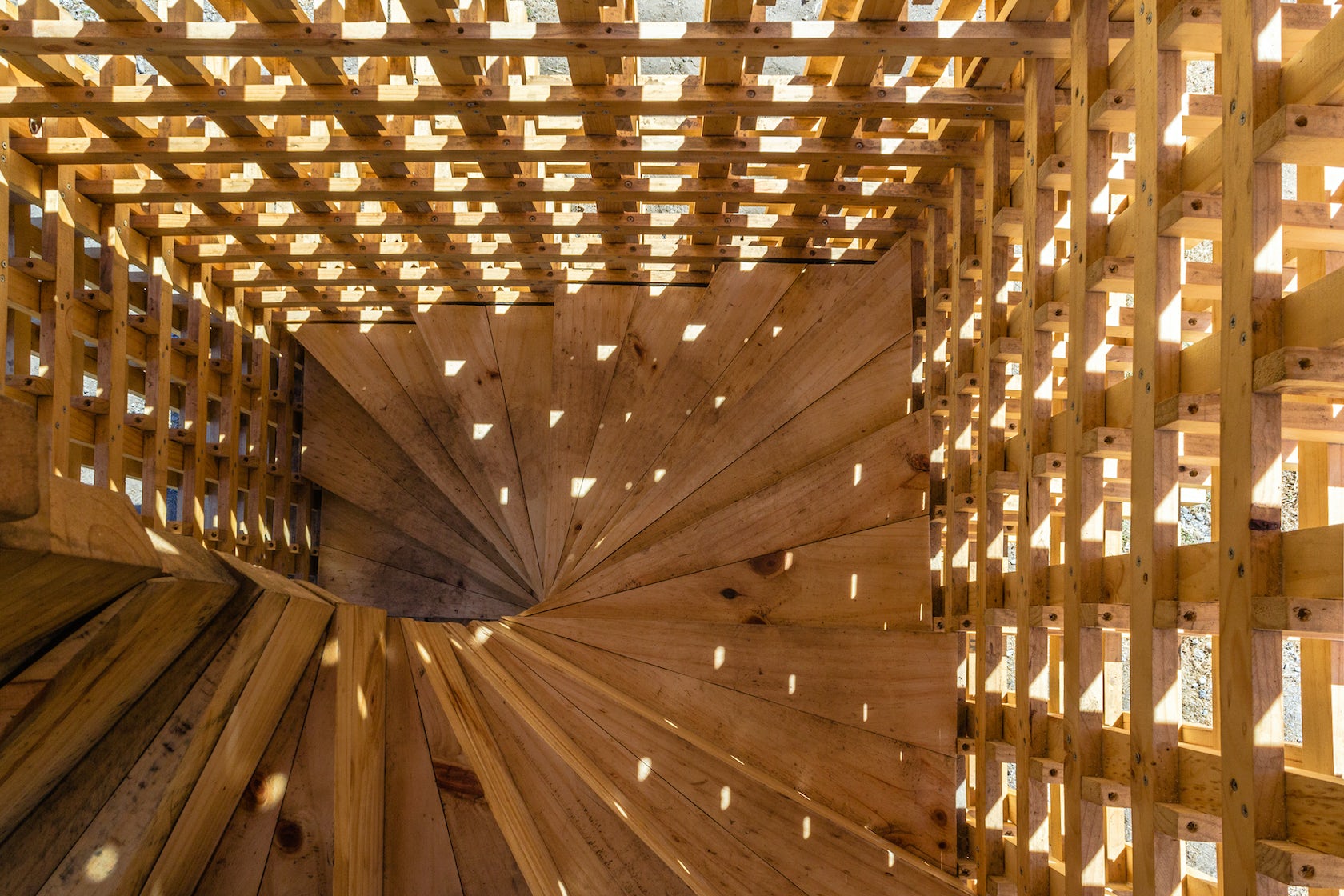 However, the marshland is an urban oasis in constant recovery. For this reason, we propose two lookout towers, located at the opposite ends of an ecological recovery area, as landmarks that mark out the area. Both towers are monolithic and permeable stacked wooden structures, just like a container, but that have a different content compared with the landscape that surrounds them. 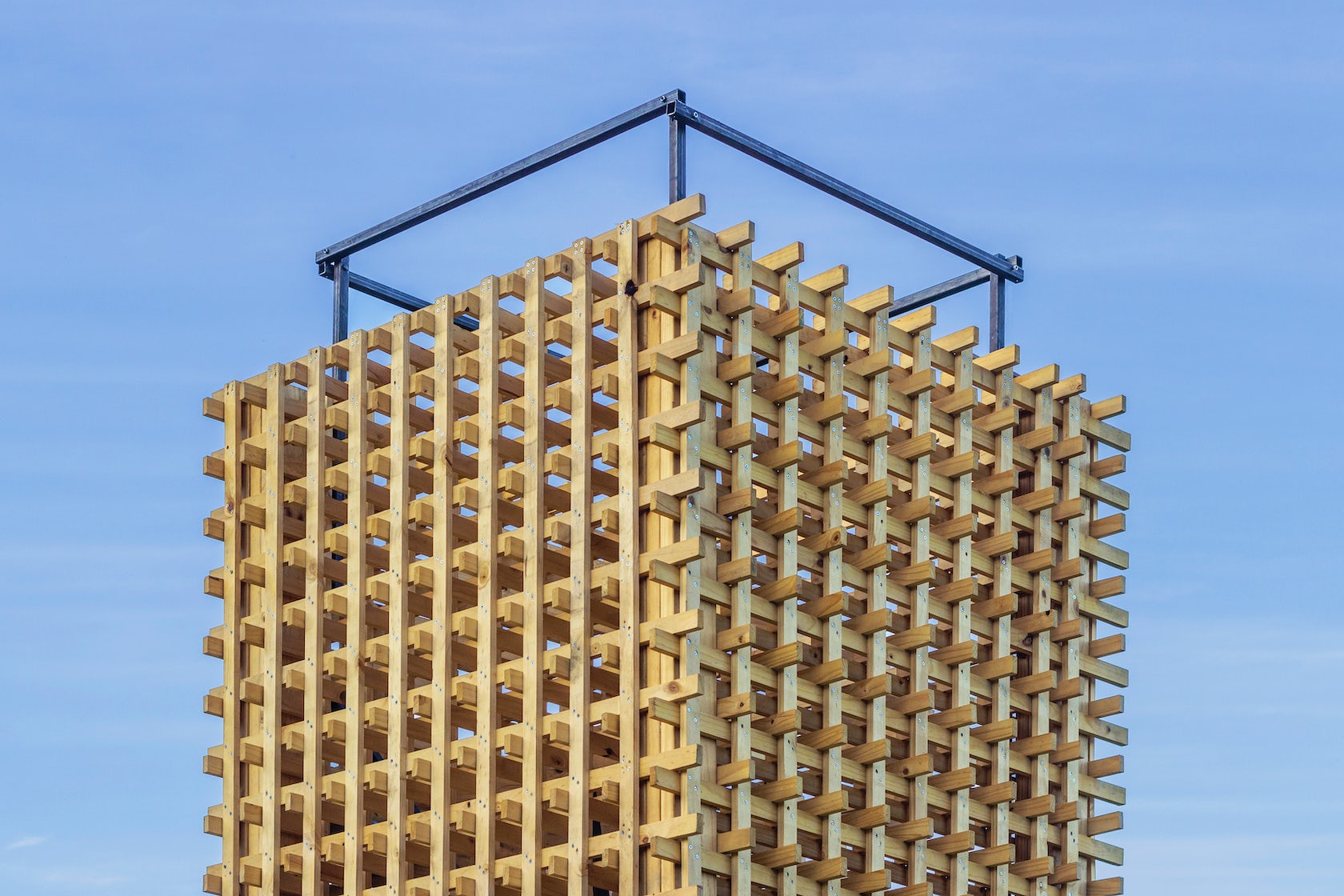 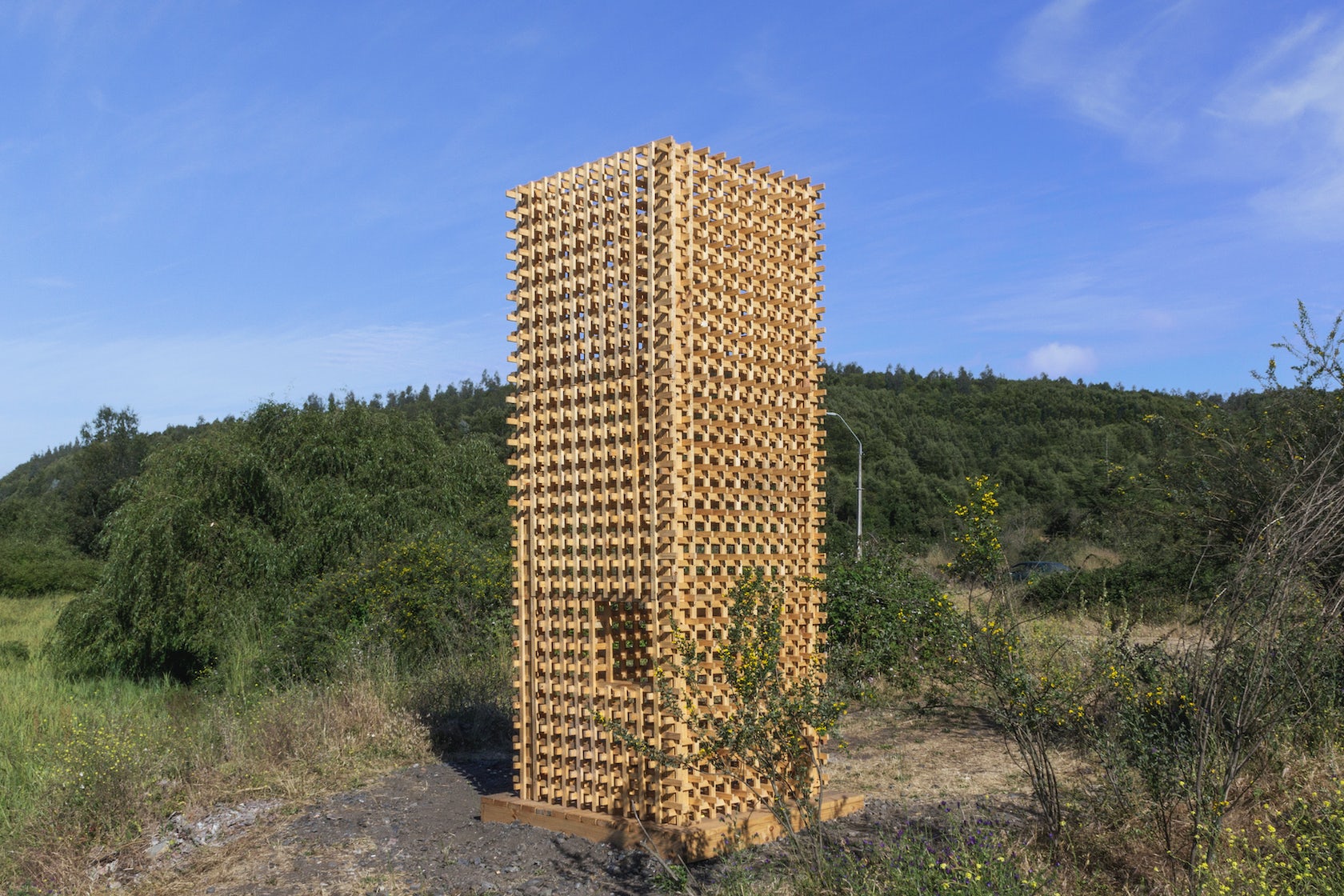 The tower at the top of the trail has a square spiral staircase to reveal the marshland, that is hidden along the route. Meanwhile, on the other side, the tower that is at the bottom of the trail has, on a flat space, a small shelter that holds a bench, where an opening frames the scene nearby, and a large hollow on its top frames the sky. 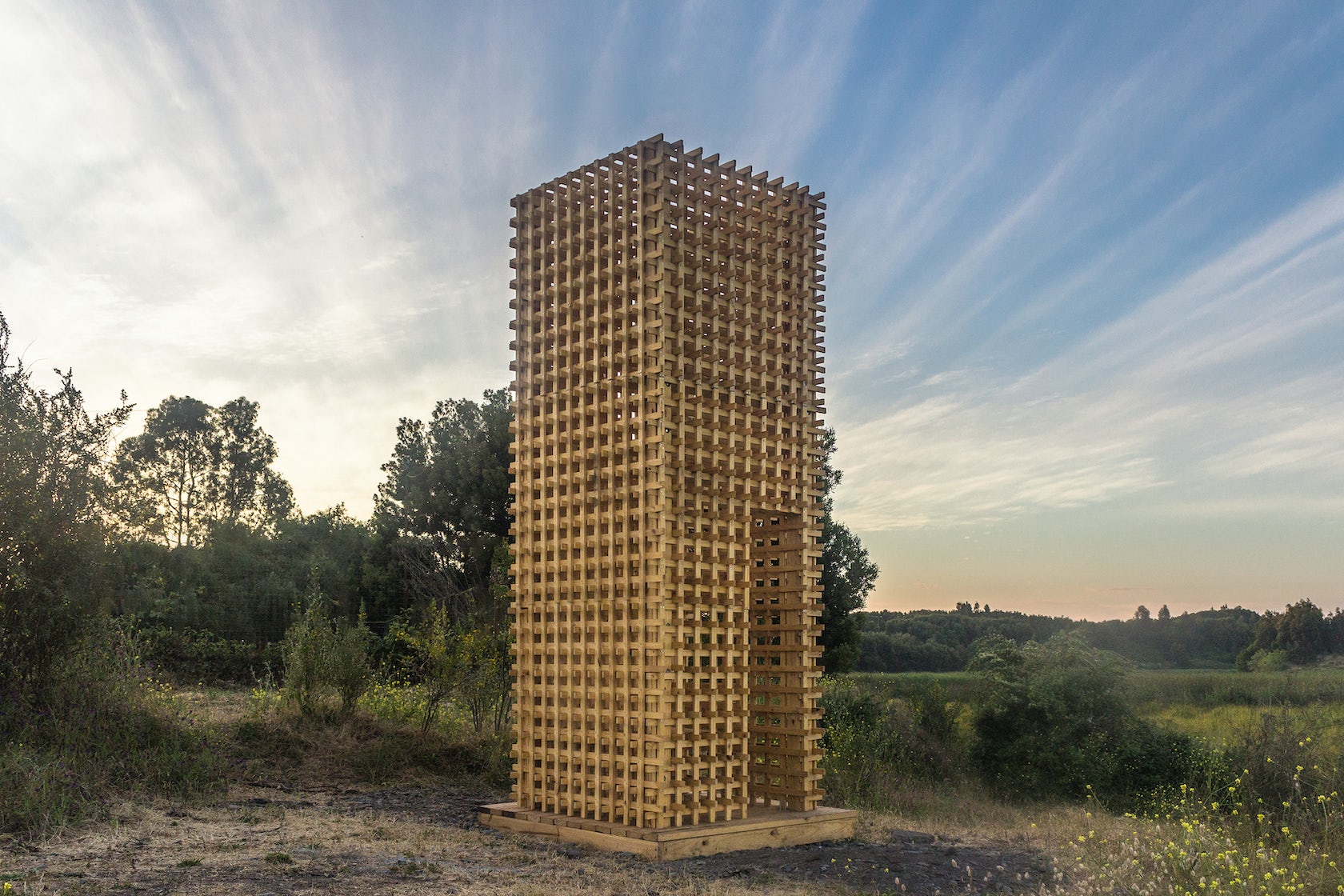 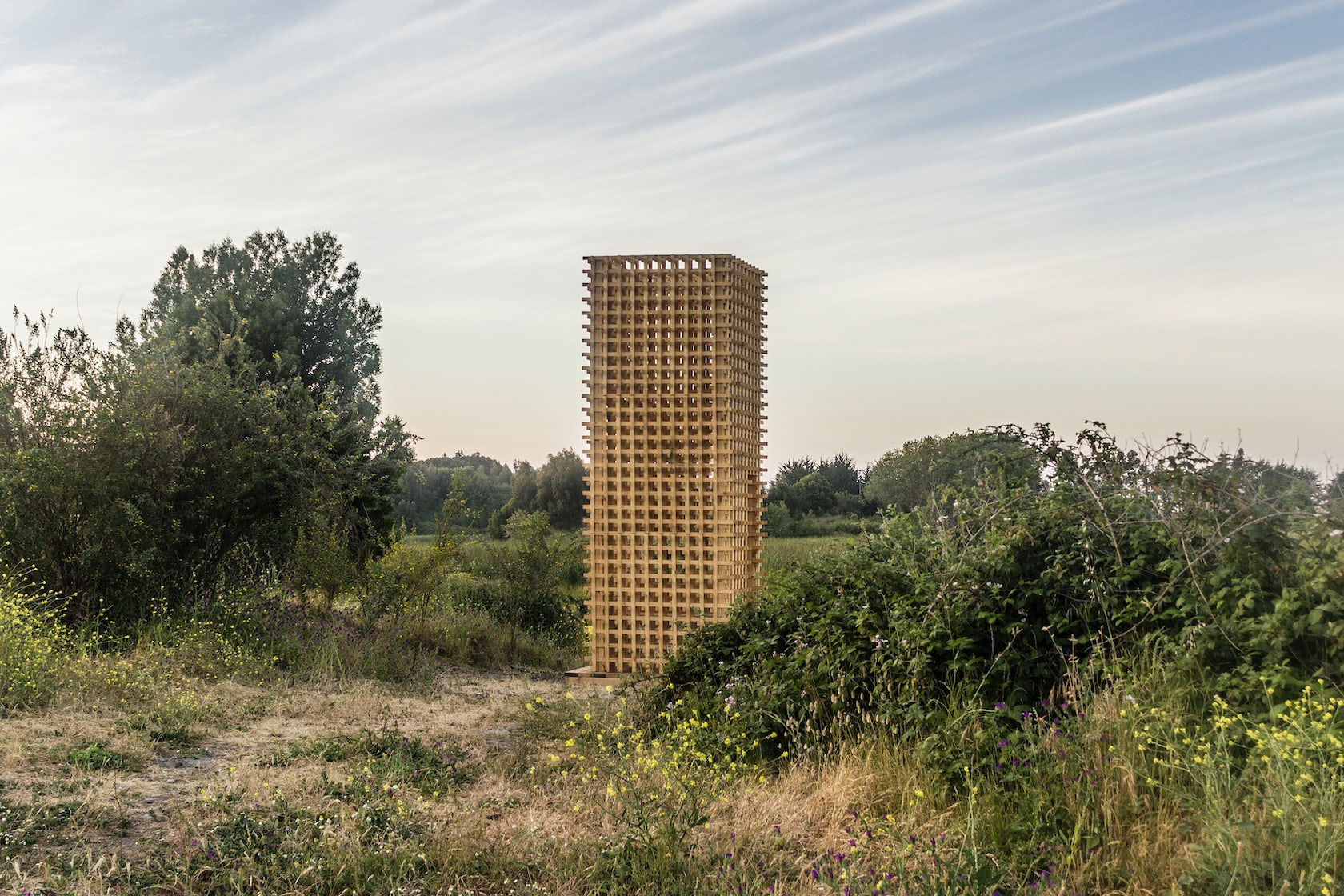 Both towers are built as three stacked wooden cubes built by the systematic repetition of a single construction detail where, by their proportion, the scale of the towers is inside a grey area, between the monumental and the fragile, directly hinting at the abandoned machines of the old mining industry nearby.
From an architectural view, the two towers aim to prove the theory that a series of references in the space are capable, as a one-off investment, of transforming places like these into consolidated public spaces. 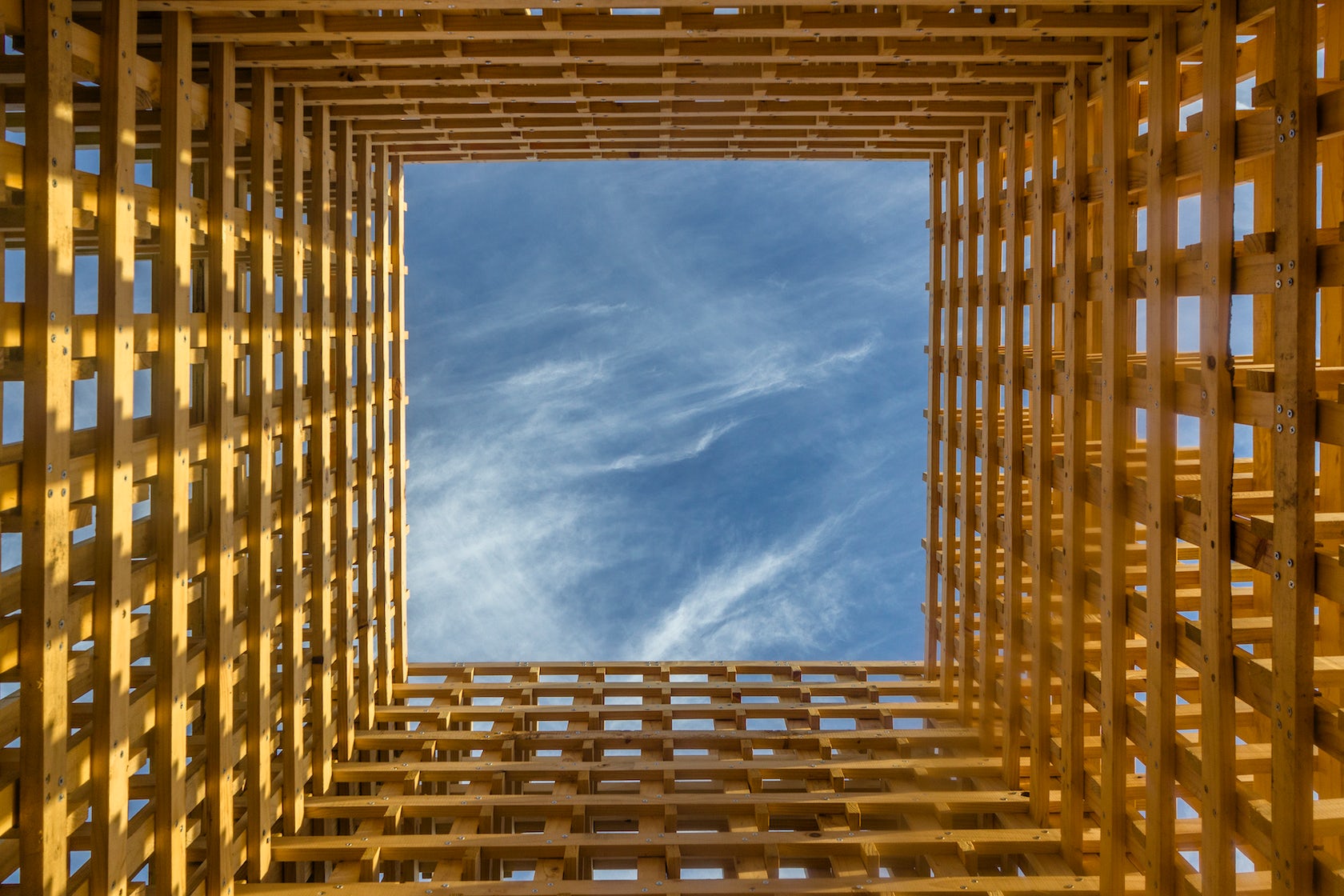 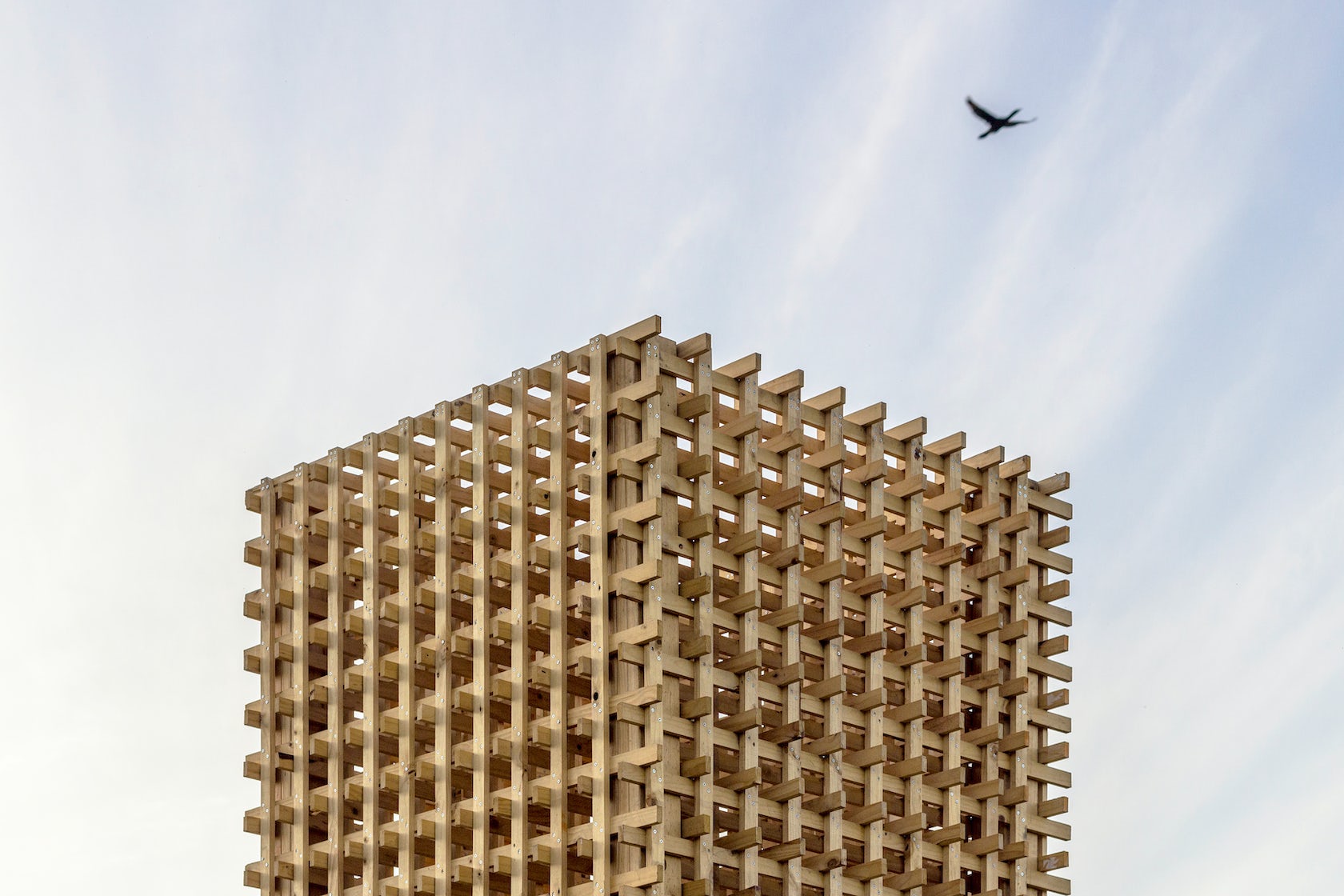 Two Towers and a Trail Gallery

Text description provided by the architects. Two shabby, timber-framed houses, both close to collapsing, wildly overgrowing copse on more than 4000 sqm and a...

Can you capture a single drawing that tells a compelling story about architecture and its inhabitants? Send us a drawing, tell us a...

The Death Toll Continues to Rise Following Flooding in China