US vaccination progress sparks rebound in jobs and spending

US vaccination progress sparks rebound in jobs and spending


Easing coronavirus lockdowns tied to the rapid rollout of Covid-19 vaccinations in the US has helped spark a sharp increase in American consumer spending and the lowest new jobless claims since the start of the pandemic.

US retail sales in March rose by the most in 10 months while the number of Americans filing for new unemployment benefits fell by 193,000 to 576,000 in the week ending April 10, according to data published on Thursday. That beat economists’ expectations for 700,000 new claims.

Retail sales grew a seasonally adjusted 9.8 per cent in March compared with the previous month, the US Census Bureau reported, stronger than the 5.9 per cent increase that economists expected. That spending was bolstered by the arrival of a fresh round of federal stimulus cash.

Sales had been dragged down 2.7 per cent in February, knocked by a severe bout of winter weather across the US and the fading impact of payments sent to Americans in an earlier round of stimulus.

New stimulus cheques began flowing to Americans around the middle of March, after President Joe Biden signed a $1.9tn spending plan that included payments of up to $1,400 per person and extended federal unemployment aid.

The jump in retail sales last month was the second-biggest rise on record, behind the 18.3 per cent increase in May 2020 as strict stay-at-home orders were eased in many parts of the US.

“With consumers still sitting on a pile of accumulated savings combined with the expected reopening of the service economy this summer, our forecast looks for a consumer spending boom this year that will rival any in living memory for most Americans,” said Tim Quinlan, senior economist at Wells Fargo.

The retail sales bump will boost real consumption for the first quarter, “which means GDP will almost certainly print north of 10 per cent”, said Aneta Markowska, economist at Jefferies. “It also creates very strong momentum” for the second quarter, Markowska said, with another increase of 10 per cent or more.

The report showed that spending rose across all categories in March, including vehicles, electronics and appliances, home improvement products and apparel.

Food service venues posted a 13 per cent increase in sales. Spending in bars and restaurants is now within 5 per cent of its pre-pandemic level, according to Capital Economics.

A separate weekly report from the US labour department showed that California and Virginia led the drop in new jobless claims for regular state unemployment programmes, registering decreases of 75,645 and 23,119 respectively.

The report revealed a drop of 20,444 in claims for federal pandemic unemployment assistance, which provides benefits for the self-employed and gig workers, to 131,975.

Hiring has picked up substantially, with the labour market adding 916,000 jobs in March. Still, the number of long-term unemployed — those without a job for six months or more — remains stubbornly high. 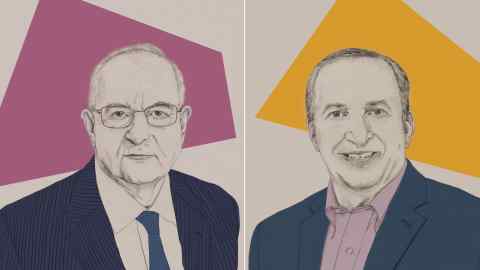 Economists are optimistic on the outlook for the US recovery, as vaccinations are distributed more widely and massive stimulus is deployed.

The US has administered almost 195m doses of Covid-19 vaccines, fully inoculating 30 per cent of the adult population and 63 per cent of seniors, according to the Centers for Disease Control and Prevention.

Despite the recent progress, however, nearly 17m Americans continue to seek jobless benefits more than a year after the pandemic began.

“With initial jobless claims dropping sharply, and retail sales well above expectations, both hiring and confidence should keep pushing consumer confidence higher. These are the latest signs that the recovery is accelerating,” said Brad McMillan, chief investment officer at Commonwealth Financial Network.

Manufacturing data added to the upbeat picture. The Federal Reserve’s industrial production report showed factory output grew by the most in eight months. Two regional manufacturing surveys from the New York and Philadelphia Fed also topped expectations, with the latter hitting its highest since 1973.

Eight banks previously barred from taking part in bond sales for the EU’s €800bn recovery fund have been cleared to handle future transactions...

Ten architecture projects from students at the Academy of Art University