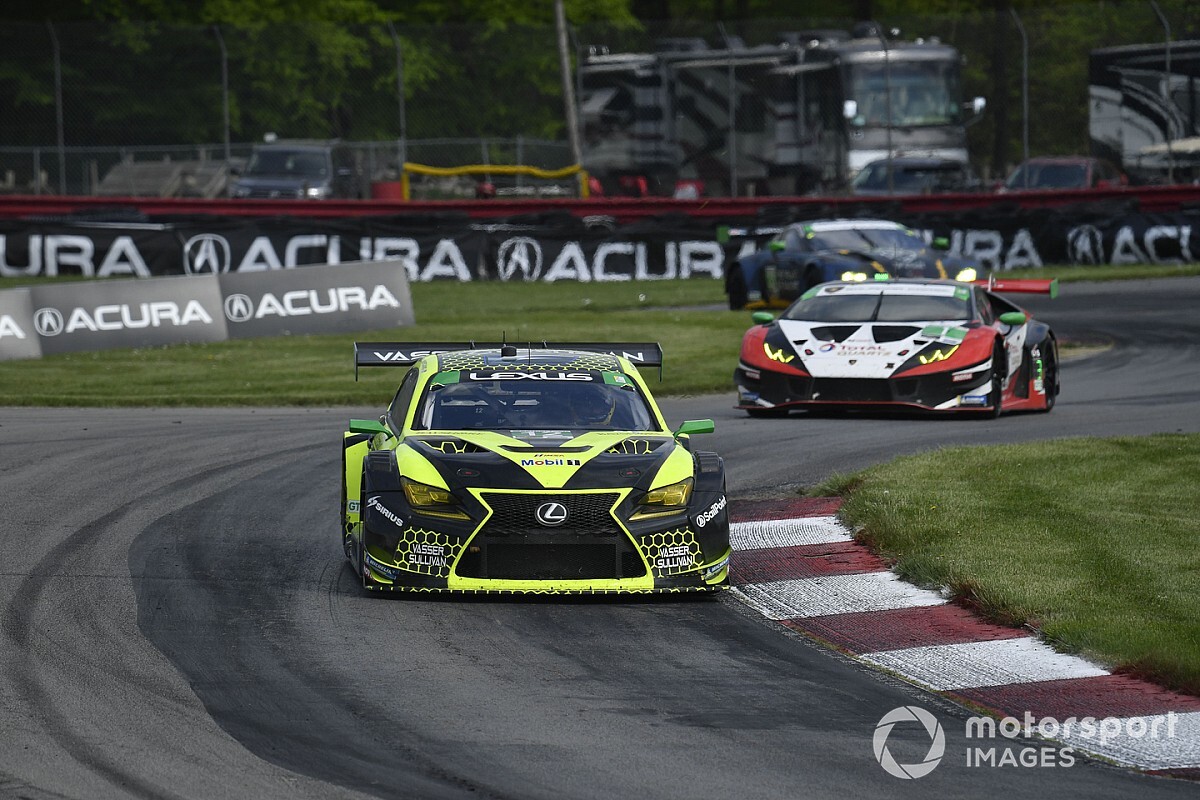 The former IndyCar driver joined the Vasser Sullivan team full-time this year, partnering Frankie Montecalvo in the #12 Lexus RC F, and at the previous round at Mid-Ohio, the pair took second.

However, a short statement from Vasser Sullivan Racing this afternoon read:

“Veach will not compete in the upcoming Detroit Sports Car Classic this weekend on the streets of Detroit, Michigan.

“Townsend Bell, who successfully competed with the team the last two seasons and in this year’s Rolex 24 at Daytona, will co-drive the #12 Lexus with Frankie Montecalvo at Detroit.”

Bell and Montecalvo worked well together as partners in the #12 car in 2019 and ’20, scoring several podium finishes and a win at a rain-soaked Road America.

Following Veach’s arrival Bell became the fourth man for the car at Daytona this year, and helped Veach, Montecalvo and Robert Megennis to a top-10 finish.