Verstappen “called himself in” which caused slow pitstop

Verstappen “called himself in” which caused slow pitstop


The Dutchman was leading the race from Lewis Hamilton over the first stint, and elected to pit on lap 24 for a change from the softs to the mediums.

But the stop was delayed when Verstappen’s pitcrew did not have all the tyres ready as he came for the pitstop.

Although Red Bull’s pitcrew recovered brilliantly to get Verstappen on his way without losing too much time, the unplanned stop did mean he had pitted slightly earlier than the team would ideally have liked.

Speaking about the lengthy stop, Red Bull team boss Christian Horner explained that the pitwall had not issued an instruction for Verstappen to come in.

“He called himself in,” said Horner. “So we weren’t expecting him, which is why the pits weren’t ready. So that’s why the stop was a second [longer].

“I think the boys did a phenomenal job to recover so quickly. And we lost minimal time and managed to retain track position. So we managed to salvage it very well.” 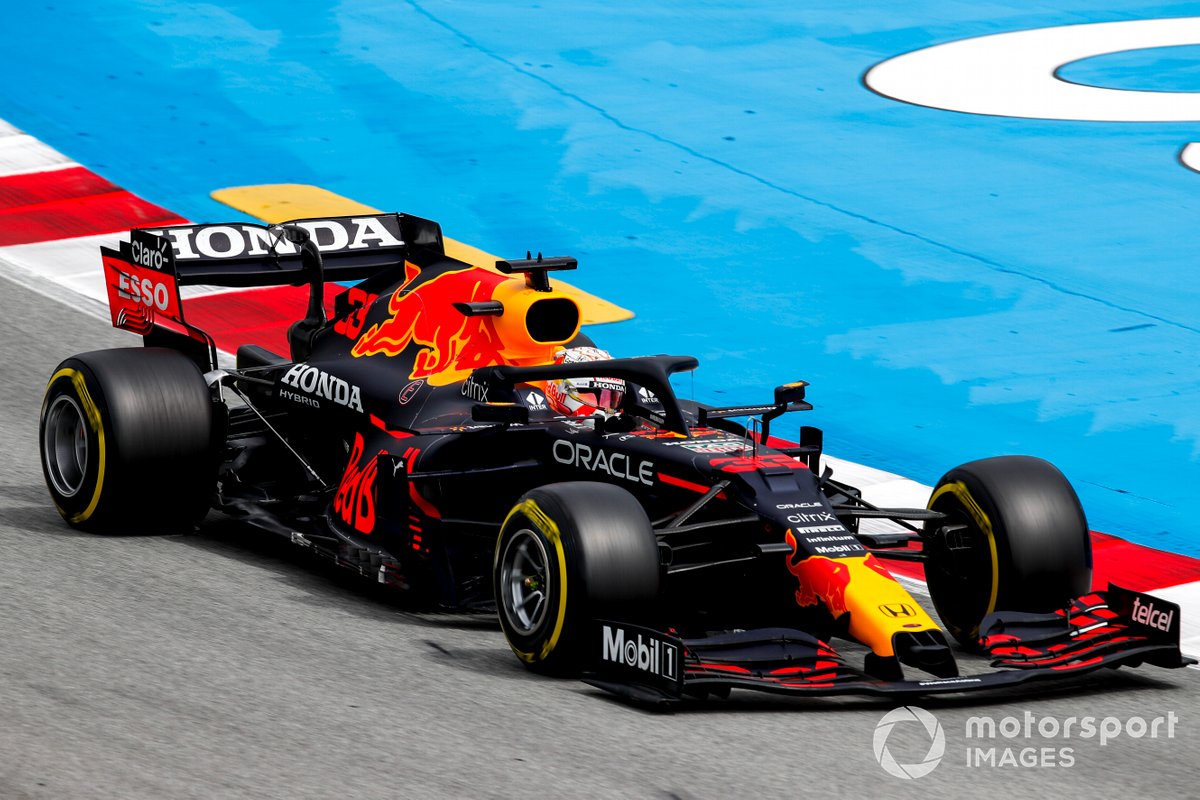 Red Bull’s motorsport advisor Helmut Marko reckoned that Verstappen had accidentally pitted after misinterpreting a message from his engineer.

“It was a misunderstanding,” Marko told German TV. “The race engineer had said: Next lap. [Verstappen] thought this [lap], and somehow misunderstood.

“Then we only had the chance to look of going as long as possible over the distance with the tyres. It then became obvious that it wasn’t going to work, so we just did damage limitation with the fastest lap.”

Red Bull had initially expected Mercedes to respond to Verstappen’s slow stop by pitting Hamilton a lap later, but it kept the world champion out for a few more laps.

Mercedes later switched to a two-stop strategy in a bid to overhaul Red Bull, with Horner clear that there was little his team could do in response to stop Hamilton winning.

”We got back the track position but they just looked like they had a quicker car today,” he said.

“They didn’t have the tyre wear and they were able to follow so closely, that just gave them all the options.

“It didn’t look like they were going to pass Max on that strategy, so they had got nothing to lose by taking a pitstop and going back into clean air. Of course it worked out for them today.”