Verstappen felt like “sitting duck” against Hamilton in Spain fight

Verstappen felt like “sitting duck” against Hamilton in Spain fight


Verstappen muscled past polesitter Hamilton on the long run down to Turn 1 on the opening lap, and was able to keep the British driver at bay through the opening stint.

But a decision by Mercedes to run a long first stint and then pit Hamilton for a second time with 24 laps to go put the seven-time world champion on course for victory in Spain.

Hamilton was able to make up the 22-second gap to Verstappen and overtake for the lead with seven laps remaining, with Red Bull only then bringing its driver in for a second time to go for the fastest lap bonus point.

Verstappen accepted after the race that there was little he could have done to beat Hamilton following Mercedes’ decision to pit him a second time, knowing how big the tyre delta was. 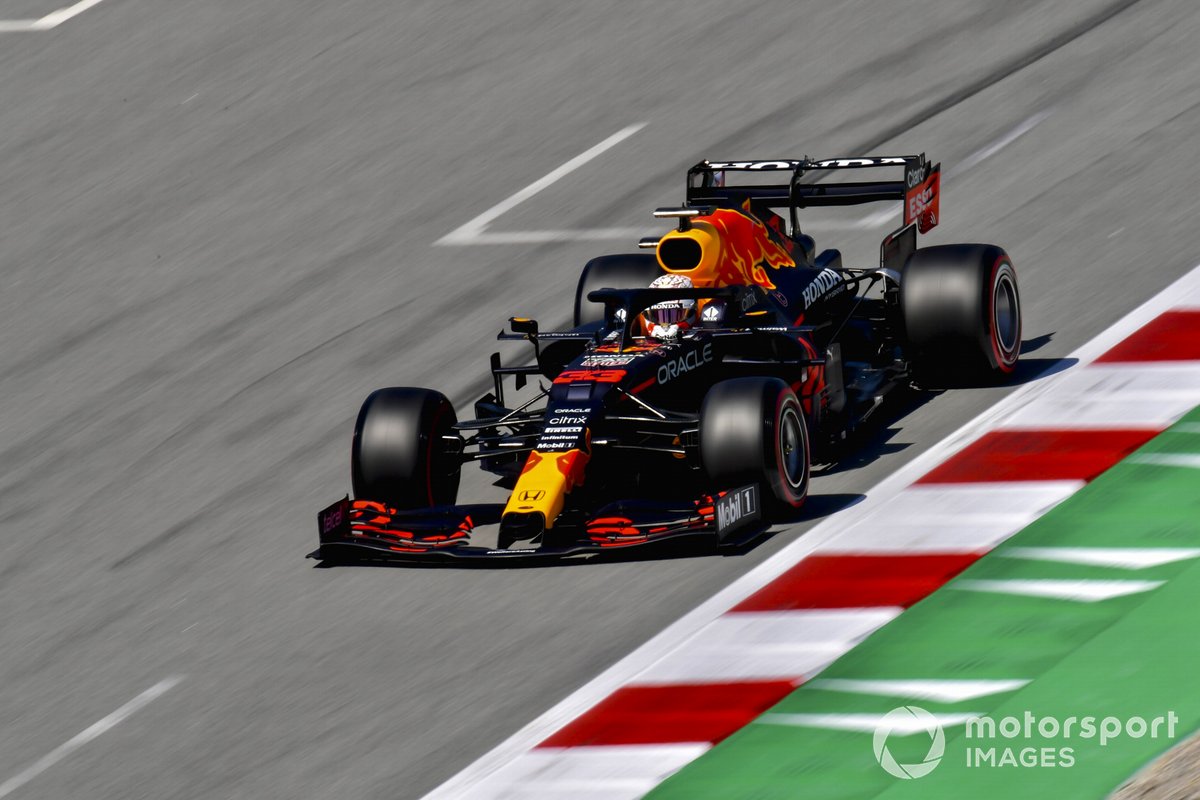 “In a way I could see it coming,” Verstappen said.

“Already at the end of the softs, he was faster, then when we put on the mediums he clearly had a lot more pace, he could just stay within one second.

“So, there was not much we could have done. They went for another stop and then I knew it was over because I was already struggling with the tyres, and you could see it every lap he was just getting closer and closer.

Verstappen was heard during the second stint of the race calling Hamilton’s grip advantage “insane”, having seen a lead of 5.5 seconds get wiped away to less than half a second.

“When you’re in the lead with the cars in traffic and stuff, you don’t want to pit in traffic, but of course it makes it a lot easier when you just have a clear advantage,” Verstappen said.

The result continued Mercedes’ remarkable record at the Spanish Grand Prix, the team having won the race in seven of the last eight years.

But Verstappen did not take much heart from the fact Red Bull had pushed Mercedes so close, saying it proves the team still has a deficit to recover.

“It shows that we are not yet where we want to be,” Verstappen said.

“We still have to push hard and and catch up, because at the moment we are a little bit slower.

“But still, compared to last year I think it has been a big jump for us.”

Here4dBesthttp://here4dbest.com
Previous articleToys For Bob On Crash 4 For Switch And The ‘Dream’ Of Smash Bros. – Feature
Next articleHamilton beats Verstappen in Spain