Verstappen on pole for French GP

Verstappen on pole for French GP 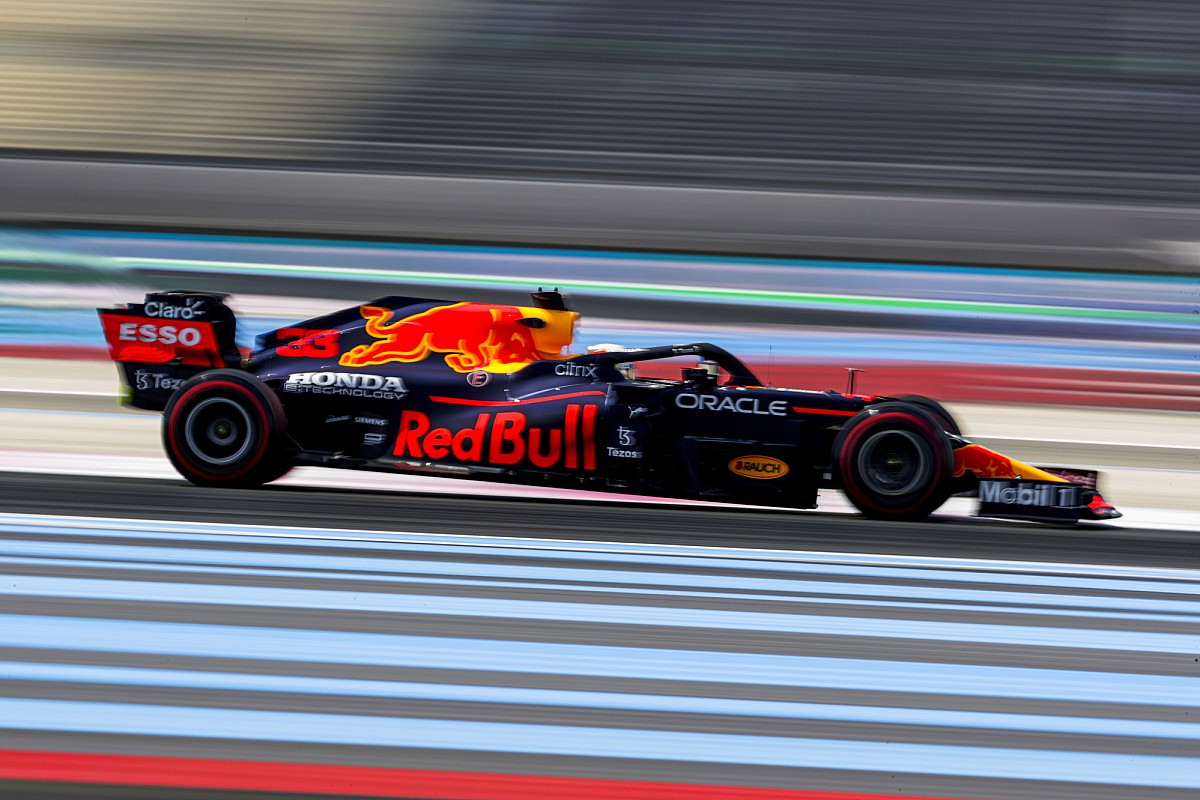 Verstappen will start ahead of the Mercedes cars of Lewis Hamilton and Valtteri Bottas after the one-hour qualifying session, which is split into three segments with five cars each being knocked out in Q1 and Q2 before the top-10 shootout of Q3.

What happened in Q1?

Yuki Tsunoda caused an early red flag when he spun his AlphaTauri at Turn 1 and glanced the tyrewall with his rear wing. Tsunoda was unable to engage first gear, after the rear axle of the car shook violently as he slid backwards, and was out of the session just moments after it had begun.

Hamilton stayed out for a second push lap, producing 1m31.237s to jump up to second, but was still 0.236s shy of Verstappen.

A second red flag in the closing minute of the session, for Mick Schumacher crashing his Haas, meant that falling at the first hurdle were Williams’ Nicholas Latifi (by just 0.002s), Alfa Romeo’s Kimi Raikkonen and the second Haas of Nikita Mazepin, Aston Martin’s Lance Stroll (who lost one laptime due to exceeding track limits and another due to hitting traffic), plus Tsunoda.

Schumacher made it through to Q2 for the first time, in 14th position, but wouldn’t be taking part due to a damaging both left-side corners of his car against the Armco.

What happened in Q2?

In Q2 the vast majority of the field went out on medium tyres, to avoid starting on the softs if they qualified for the top-10 shootout.

What happened in Q3?

In the top-10 shootout, Verstappen set the pace after the first run with a time of 1m30.325s, 0.386s ahead of Hamilton, followed by Perez and Bottas. Carlos Sainz was best of the rest for Ferrari.

Green Energy Companies Fold – Watts Up With That?