Red Bull driver Verstappen was engaged in a close fight with Mercedes rival Lewis Hamilton throughout the season-opening grand prix in Bahrain that was settled in controversial fashion.

Verstappen overtook Hamilton around the outside of Turn 4 with four laps to go, but exceeded track limits when doing so, meaning he had to give the position back. Hamilton was then able to hold on for victory by 0.7 seconds.

Hamilton had been regularly running wide at Turn 4 throughout the race after FIA race director Michael Masi wrote in his event notes that track limits would not be policed there as they were in practice and qualifying.

But a query from Red Bull about how often Hamilton was running wide prompted race control to warn Mercedes that he was gaining an advantage by running off-track, suggesting a change in policy mid-race.

Red Bull boss Christian Horner and Mercedes team principal Toto Wolff both questioned the approach to track limits after the race. Horner said that track limits should not be “shades of grey”, while Wolff also called for greater clarity.

Verstappen said he did not think it was correct that the guidelines were changed during the race, having stuck to a different line to Hamilton at Turn 4 for the most part. 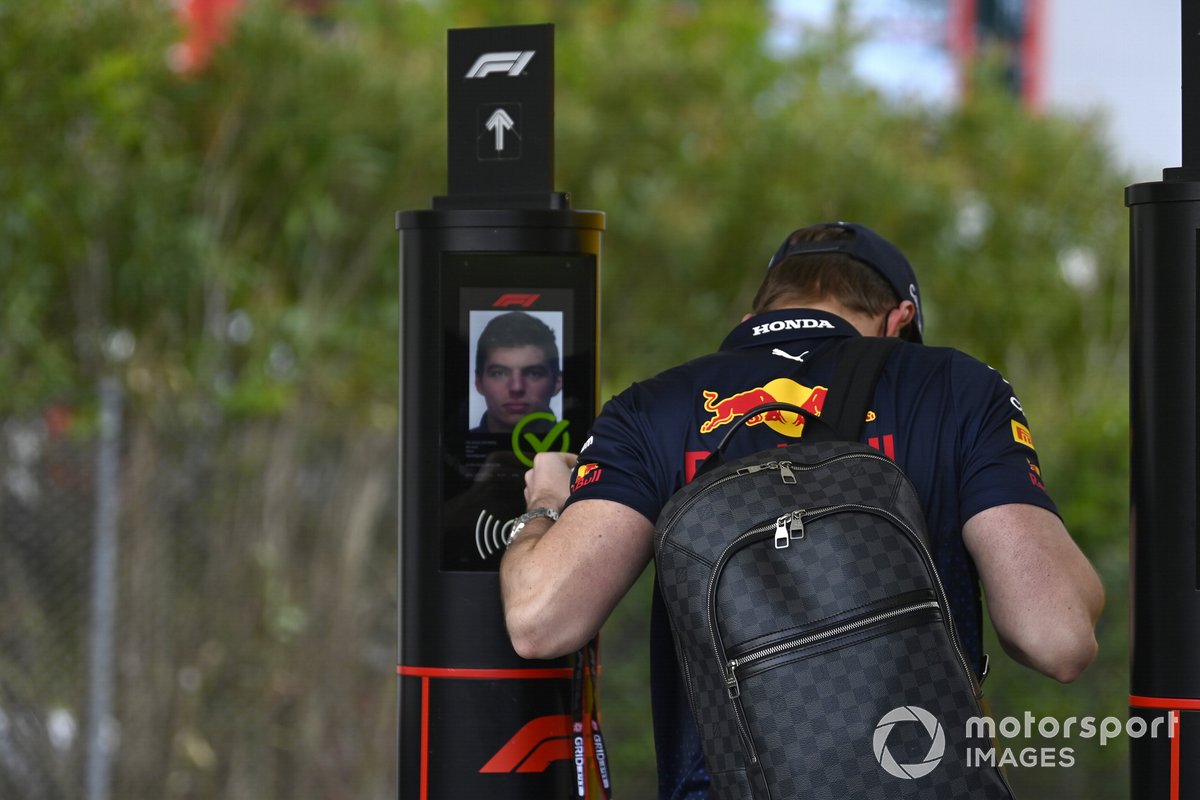 “Things can be easily resolved if you just put a wall there or gravel, it would help a lot,” Verstappen said.

“In qualifying we had to stay on the kerb, so that is also what I was doing in the race, to be clean, but then I heard that Lewis was just going wide, so I did it for two laps, but then I was not allowed to do it any more.

“I don’t think you should be able to change it through the race. Either you can go wide, or not. I can understand of course with my overtake outside of the track limits that that’s not allowed, so that’s fine.

“But if you cannot gain an advantage by going wide overtaking, why are you allowed to do it on your own? That is what I think is not correct.”

Masi claimed after the race that he had not changed the guidelines during the race, saying Hamilton was at risk of breaching the sporting regulations over gaining a lasting advantage.

But Verstappen said he wanted to discuss the matter during the drivers’ briefing on Friday.

“We will talk about that with the drivers and also with Michael about it, and we’ll see what comes out of it,” Verstappen said.

“I think it was a little bit messy in the race. I think everything before that was very strict, and I think good, how we handled everything.

“But definitely in the race, I think for 30 laps or something, Lewis was going wide, and you gain time there. I tried it for two laps, and then they told me not to, so it’s a bit odd.

“About my overtake and whatever, I think yeah, that was fully understandable.”